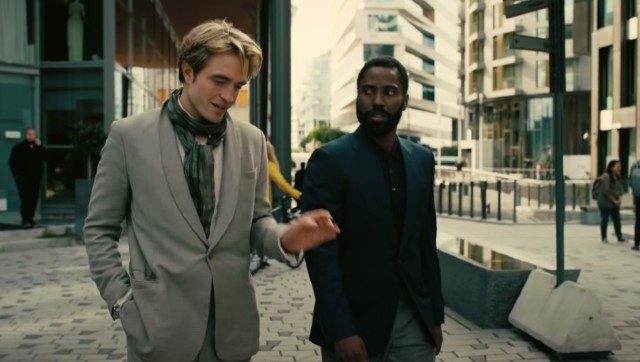 Movie industry experts have long pegged hopes on Christopher Nolan’s hotly-awaited, super-secret sci-fi epic Tenet to save Hollywood from the summer of coronavirus.

Now, Warner Bros has delayed its mid-August release – more bad news for theater owners hoping the blockbuster would help them salvage a bit of the usually lucrative season.

“Our goals throughout this process have been to ensure the highest odds of success for our films while also being ready to support our theater partners with new content as soon as they could safely reopen,” studio chairman Toby Emmerich said in a statement sent to AFP.

“Unfortunately, the pandemic continues to proliferate, causing us to reevaluate our release dates,” he said.

“Amidst all this continued uncertainty, we have decided to vacate the current dates for our next two releases. We will share a new 2020 release date imminently for Tenet.”

The process of reopening movie theaters is a slow one at best, and one that has been interrupted by a resurgence of virus cases in several US states and elsewhere in the world.

Even in areas where theaters are open, attendance is not huge, as spectators are wary of the potential health risks.

And in many major US markets, like New York and Los Angeles, theaters are not going to fully reopen any time soon.

Warner Bros had already pushed back the release of Tenet twice, from July 17 to July 31, and then to August 12. Now, it appears that a summer release is unlikely.

“We are not treating Tenet like a traditional global day-and-date release, and our upcoming marketing and distribution plans will reflect that,” Emmerich said.

In late June, the studio suggested the film could be left for a longer period of time in theaters.

Tenet, a thriller about an agency trying to ward off World War III, combines the big-budget spectacle and inventive storytelling that have made Nolan one of Hollywood’s most sought-after directors.

From Memento to Inception to Dunkirk by way of the Batman Dark Knight trilogy, the creative British filmmaker has carved out a singular niche on the industry.

His clout is reflected in the colossal $205 million budget that US media reported was lavished on Tenet, which stars John David Washington (BlacKkKlansman), Denzel Washington’s son.

Beyond Tenet, Warner Bros announced that The Conjuring 3, the next installment in its successful horror franchise, will now be pushed back from September to June 2021. – Rappler.com