MANILA, Philippines – The Merc with a Mouth is set to bring raucous laughter to Philippine cinemas on February 10, Wednesday, and the hype about the film is on overdrive.

After several years in filmmaking limbo, the film got the green light – even as an audacious R-rated take on an (anti-)superhero. This week, it finally sees the light of day.

Its star Ryan Reynolds – also one of the producers – was ecstatic as he unveiled the film based on the eponymous Marvel comic books, at the 20th Century Fox panel at the 2015 San Diego Comic-Con. As The Daily Beast reports, he described it as “the most faithful adaptation of a comic book to a movie I’ve ever seen.”

“For one I think it’s an absolute miracle that a studio let us make Deadpool, let alone a Rated-R Deadpool,” he added.

Reynolds plays Wade Wilson, a special forces operative afflicted with terminal cancer, who undergoes a questionable experiment in an attempt to cure himself. As a result of that, he gets accelerated healing powers and extremely scarred skin. He also goes slightly cuckoo and becomes even more of a loudmouth with a dark, sardonic sense of humor.

Its marketing machine, as several entertainment commentators have noted, built up plenty of anticipation. “Reynolds has been entertaining to watch as he jokes about testicular cancer, online click baits, The Bachelor, Golden Girls, and that smiling poop emoji, to name a few,” says Nick Romano of Entertainment Weekly. (WATCH: Deadpool gives Conan O'Brien a massage)

Will it be a righteously crass and wildly entertaining ride? Let’s take a look at what critics across the globe have said:

In The Guardian, resident critic Peter Bradshaw highlighted the film’s tendency to be self-aware. “Deadpool is dripping in irony, zinging and stinging with pop-culture gags,” he says.

He argues that the titular anti-hero’s moral ambiguity renders the actual villain ineffective: “The problem is that by letting Deadpool be both the good guy and the bad guy, by letting him have the bad guy’s prerogative of making acidly witty remarks, there isn’t all that much for the actual bad guy to do.” 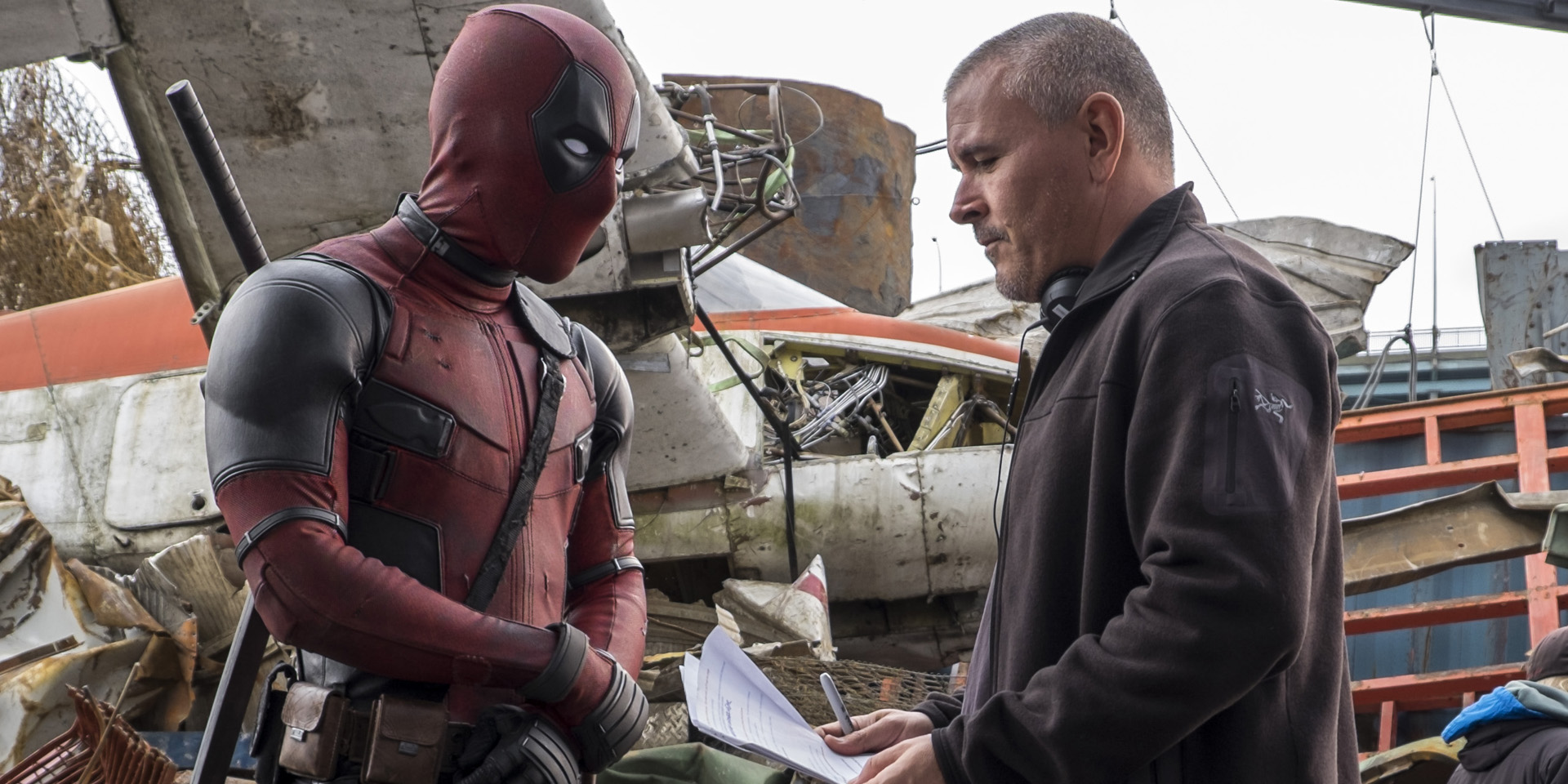 Comic Book Resources contributing writer Kristy Puchko writes, “On paper, this project is almost entirely made up of red flags of why this particular superhero flick shouldn't work, from tonal mash-up to its adults-only content and its failure-to-launch lead. Yet [director Tim] Miller and Reynolds bring it all together, not only making something hilarious, thrilling, romantic and fun but also making Deadpool one of the most satisfying superhero movies the world has ever seen.”

Jonathan Pile of Empire magazine isn’t entirely sold on the movie, as he writes that the dozens of quips that Deadpool makes throughout the movie, aren’t all excellent. He favors its moments of meta-humor, citing several scenes (which won’t be mentioned here for spoiler-free reading).

Todd McCarthy also thinks that the film’s numerous jokes are hit-or-miss, but notes a copious amount of comedy: “The script has the feel of something gone over again and again and yet again to double the number of jokes each time. The machine-gun approach doesn't always hit, but it does enough so that, in the end, the number of laughs is pretty high.”

Indiewire’s Kate Erbland doesn’t agree with the pundits who think that Deadpool is a game-changer among superhero films. She writes, “Despite what that rating might tell you, the majority of the film's more adult-skewing elements lean towards the ‘strong violence’ side of the scale, and every action scene is punctuated by the kind of bone-crunching violence that wouldn't be out of place in the Saw franchise.”

“As is often the case with such violence, it eventually becomes numbing. By its midpoint, once the novelty of a superhero movie showing super levels of violence wears off, the thinness and lack of spark in the fight scenes becomes more readily apparent. By the film's end, they are hard to distinguish from any other superhero fare.”

On the other side of the pond, Robbie Collin of the UK’s The Telegraph labels the film as “enjoyably obnoxious;” however, he feels that the film’s writing should’ve pushed the envelope more. He writes, “The fourth-wall-smashing is fun in a Ferris Bueller kind of way, but it’s never pulled off with the devious panache of Blazing Saddles, let alone Funny Games or Hellzapoppin’. Since it's this stuff, rather than the ongoing thud-thud-thud of bad language and gore, that feels mould-breaking, it’s a pity Rhett Reese and Paul Wernick’s screenplay doesn’t have the courage to experiment a little more.”

A.A. Dowd also thinks that the film could’ve done better in various respects: “No number of lopped-off limbs, four-letter words, or in-joke sops to the faithful can oppress the stench of formula. Deadpool wants it both ways: The character is at once a sociopathic, narrative-bending imp and potential team material, in the same way that his starring vehicle thumbs its nose at the same hero’s arc to which it’s basically adhering. The eccentric touches—a Wham! musical cue, a dash of screwball body horror—are just accents on a stealth franchise extension.”

“At a certain point, you have to do more than just recognize and point out the mold. You have to actually shatter it,” Dowd concludes.

“It doesn’t have the most adrenalized action sequences or the deepest origin story. What it has is the balls to mess with the formula and have some naughty, hard-R fun. It’s a superhero film for the wiseasses shooting spitballs in the back of the school bus.”

Variety’s Justin Chang, while a bit on the fence, praises Ryan Reynolds’s performance, as he writes, “Deadpool knows exactly how to use Reynolds, an actor whose smooth leading-man good looks have long disguised one of the sharpest funnyman sensibilities in the business, as fans of The Proposal, Definitely, Maybe and the underrated Just Friends can attest.”

He later adds, “The movie exists entirely as a star vehicle for Reynolds, and perhaps its canniest stroke is the way it both conceals and demolishes his physical beauty — a small price to pay when an actor’s tongue is this gloriously sharp.”

“Deadpool occasionally surprises for how it couches its hip one-liners in something resembling actual character drama,” writes Kenji Fujishima of Slant magazine, citing a scene from the movie (which appears in the some of the trailers).

“Take the anguished way in which Wade utters a jab at the Taken franchise while lying in bed next to the love of his life, Vanessa (Morena Baccarin). Reynolds's delivery of the line is so poignantly earnest that the joke itself immediately dissolves and a melancholic undertone lingers.”

He argues, “Deadpool as a whole operates like that: For every moment that the film threatens to exasperate with its meta-movie irreverence, another catches one off guard with its emotional forthrightness. Such whiplash contrasts between snideness and sincerity is more than just a stylistic whim, as it's deeply rooted in the main character's psychology.”

Do you agree with what these critics are saying? Do they convince you of Deadpool's merits? Tell us in the comments below. – Rappler.com