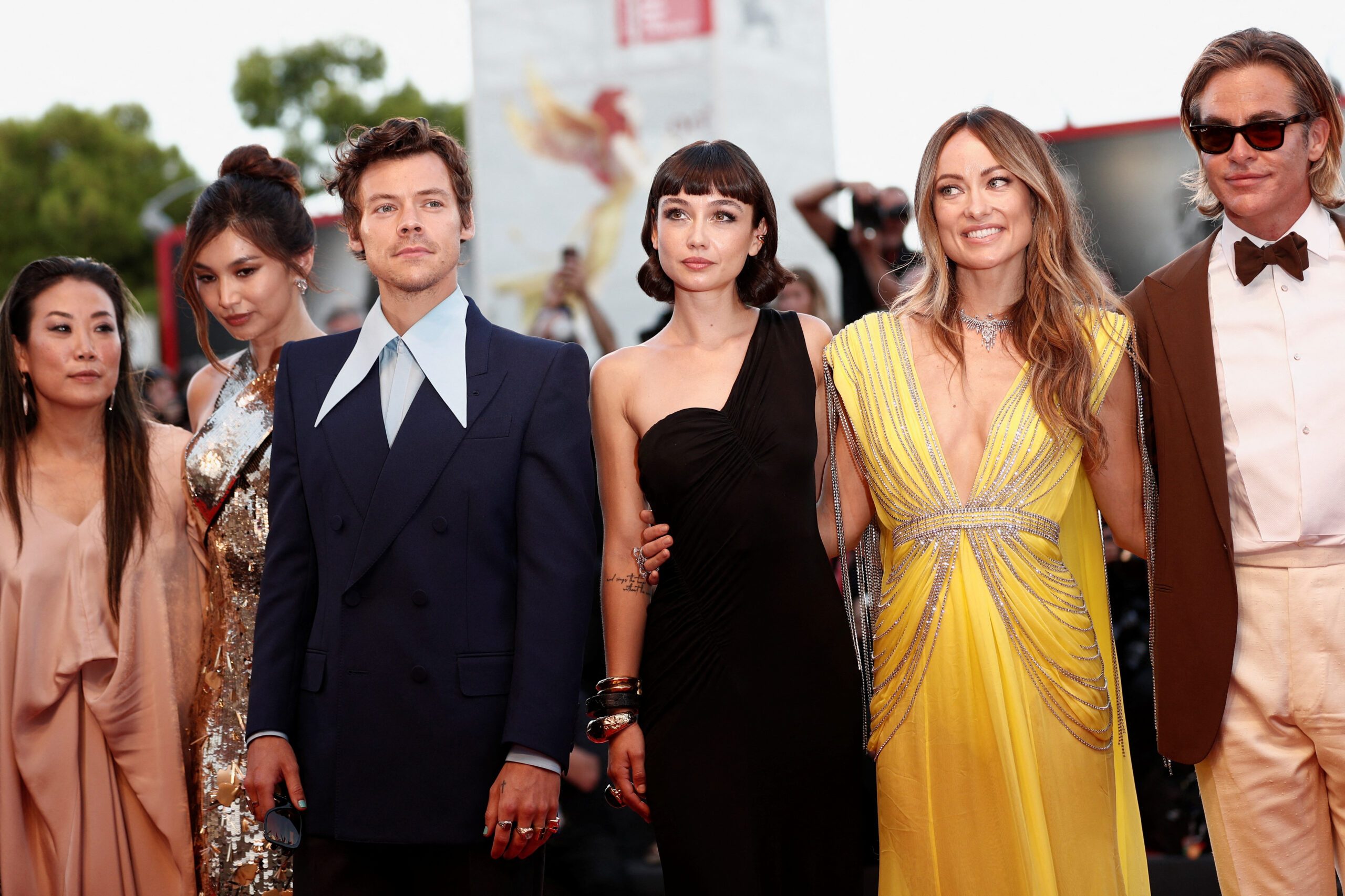 Facebook Twitter Copy URL
Copied
Rumors of a behind-the-scenes feud started when director Olivia Wilde said that she fired Shia LaBeouf, who was originally cast in the film only to be replaced by Harry Styles, because of his work ethos

VENICE, Italy – Actor-director Olivia Wilde has dismissed rumors of a rift with Florence Pugh, the leading lady in her latest movie Don’t Worry Darling, which has overshadowed the build-up to its world premiere at Venice on Monday, September 5.

Pugh skipped the traditional news conference ahead of the screening and although she is scheduled to hit the red carpet with fellow stars, including Harry Styles, later in the day, she has ruled out any further publicity for the psychological drama.

She is currently filming Dune 2 and has blamed her heavy work schedule for her decision, and Wilde looked to hush widespread speculation of a behind-the-scenes feud.

“Florence is a force and we are so grateful that she is able to make it tonight despite being in production in Dune … I cannot say enough how honored I am to have her as my lead,” said Wilde, who also has a meaty role in the movie.

“As for all the endless tabloid gossip and all the noise out there. The Internet feeds itself. I don’t feel the need to contribute. I feel it is sufficiently well nourished.”

The moderator of the news conference then refused to accept a question about Shia LaBeouf, who was originally cast in the film only to be replaced by Styles.

Wilde has fueled rumors she sacked him, telling Vanity Fair magazine last month that she did not like his work ethos. LaBoeuf rejected her version of events and released a voice message he had received from her urging him to stay on board.

Given all the off-stage noise, it is little wonder that Don’t Worry Darling has become one of the most talked about films in Venice, even though it is not in competition.

Pugh and Styles play a happy couple living in a brightly colored 1950s community, deep in the US desert. But the idyllic calm is shattered when one of the neighborhood housewives goes missing and Pugh’s character Alice comes to question the reality surrounding her.

“(The film) is showing that all the pretty things that make up our world have a dark side,” said actor Chris Pine, who plays the sinister boss of the mysterious, messianic firm that dominates local life.

Styles has briefly interrupted a 15-concert run in New York to attend Monday’s premiere alongside Wilde, with whom he became romantically attached during filming.

Don’t Worry Darling offers him his first leading role. The British superstar acknowledged he felt more at home in the music world, but said he was loving getting into acting.

“The fun part is you never feel you know what are doing at any time. Music I have done a little bit longer, so that feeling is comfortable. What I like about acting is that I feel like I have no idea what I am doing,” he said. – Rappler.com