Alongside classics like Mario O’Hara’s Bagong Hari (1986) where Dan Alvaro plays a bastard caught in between two warring politicians, or Deo Fajardo, Jr.’s Anak ni Baby Ama (1990) where Robin Padilla plays a convicted felon out for revenge, Double Barrel wouldn’t have made much of an impact since its plot of an ex-drug peddler (AJ Muhlach) being recruited by corrupt cops to assassinate the drug lords he used to work for would prove to be too incredulous to result in anything other than cheap thrills out of gross brutality.

Spectacle of violence and destruction

See, the genre thrives not just in the spectacle of violence and destruction but also in its ability to project very current social despair through the skewed aspirations of their mostly fractured protagonists. The problem of illegal drugs, while existing during the heyday of action films, wasn’t exactly as apparent a concern as it is now in this regime that blames all of its problems to the proliferation of illegal substances. 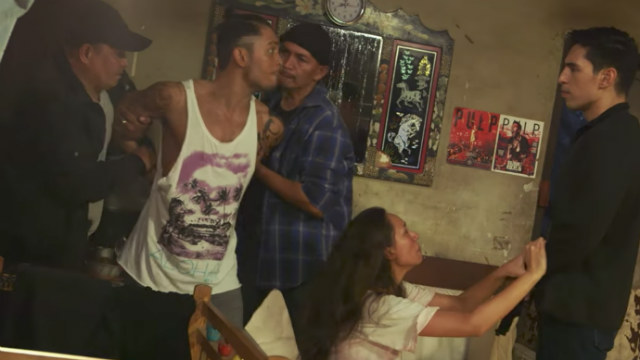 Those were the days when the country was struggling making sense of a society that’s haunted by murders, kidnappings, corruption and rebellions in the provinces. Criminals had names, some were even lauded as some sort type of Robin Hood-esque hero. They were infamous. They weren’t just random slum-dwellers whose only identity comes from the cardboards hanging around their necks.

In a sense, the action films back then romanticized the prevailing chaos by turning its heroes into victims of a depraved system that forced them into being the underdogs to root for even if their actions are legally and morally questionable. Perhaps the most interesting thing about Double Barrel is how it exists in this era as a reflection of how morally murky society has become given the never-ending discourse on the propriety of the current administration’s drug war vis-à-vis the primacy of human rights.

Unfortuantely, Natividad’s film flip-flops so very often in its perspective that it is almost impossible to determine whether it is critical or supportive of the controversial policy. While it attempts to romanticize the drug war by making victims out of a couple who become entangled deep within a corrupt police system’s abuse of a government prerogative for selfish means, it does so without any clear perspective. It doesn’t stand for anything which is problematic in a sense that it only muddles the issue by turning it into a mere stage for cheap stunts and awfully directed sex scenes.

While it opens with an engaging chase scene that has Muhlach get chased atop tin roofs and through narrow alleyways, it doesn’t really offer anything else than the forgotten action film staples like haphazardly edited shoot-outs, over-the-top fisticuffs, and anticlimactic exploding cars that feels very dated. 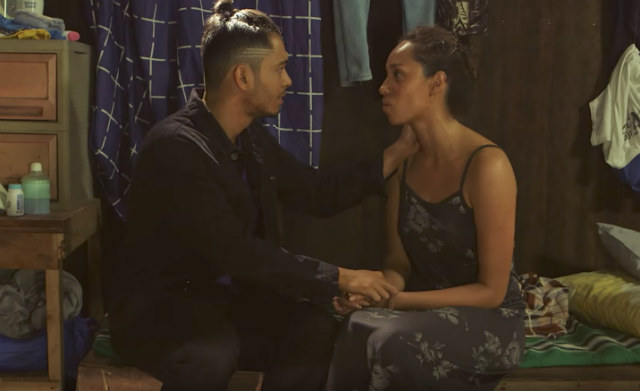 Muhlach proves to be too uncharismatic an action hero, and Phoebe Walker, who plays his weepy wife who becomes his partner-in-crime, is given a role that doesn’t really stretch her physical and acting capabilities. Jeric Raval is underutilized as a villain. He doesn’t get to do much given that his character’s motivations are as stereotypical as everything else in the film.

It is quite unfortunate. 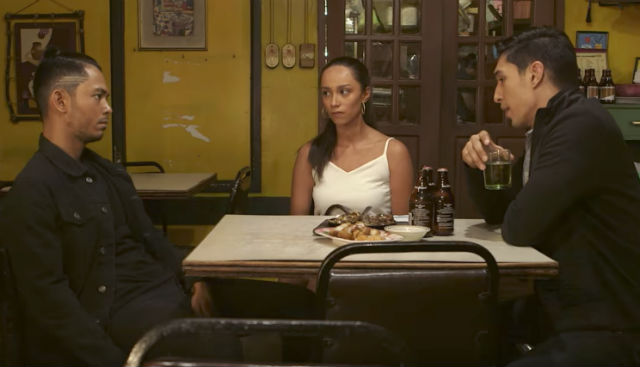 This is an era where pop cinema should matter and should be utilized not to bury issues with obsolete thrills but to make a coherent stand. Double Barrel could have gone that route but it is too flimsy to make a statement other than the fact that there exists a moral confusion in our present society that longs for peace and order but at a price that is simply too costly to bear. The film has decided to cower and fold and as a result remains to be nothing more than a bad film with a lousy message. – Rappler.com

Francis Joseph Cruz litigates for a living and writes about cinema for fun. The first Filipino movie he saw in the theaters was Carlo J. Caparas’ 'Tirad Pass.' Since then, he’s been on a mission to find better memories with Philippine cinema.