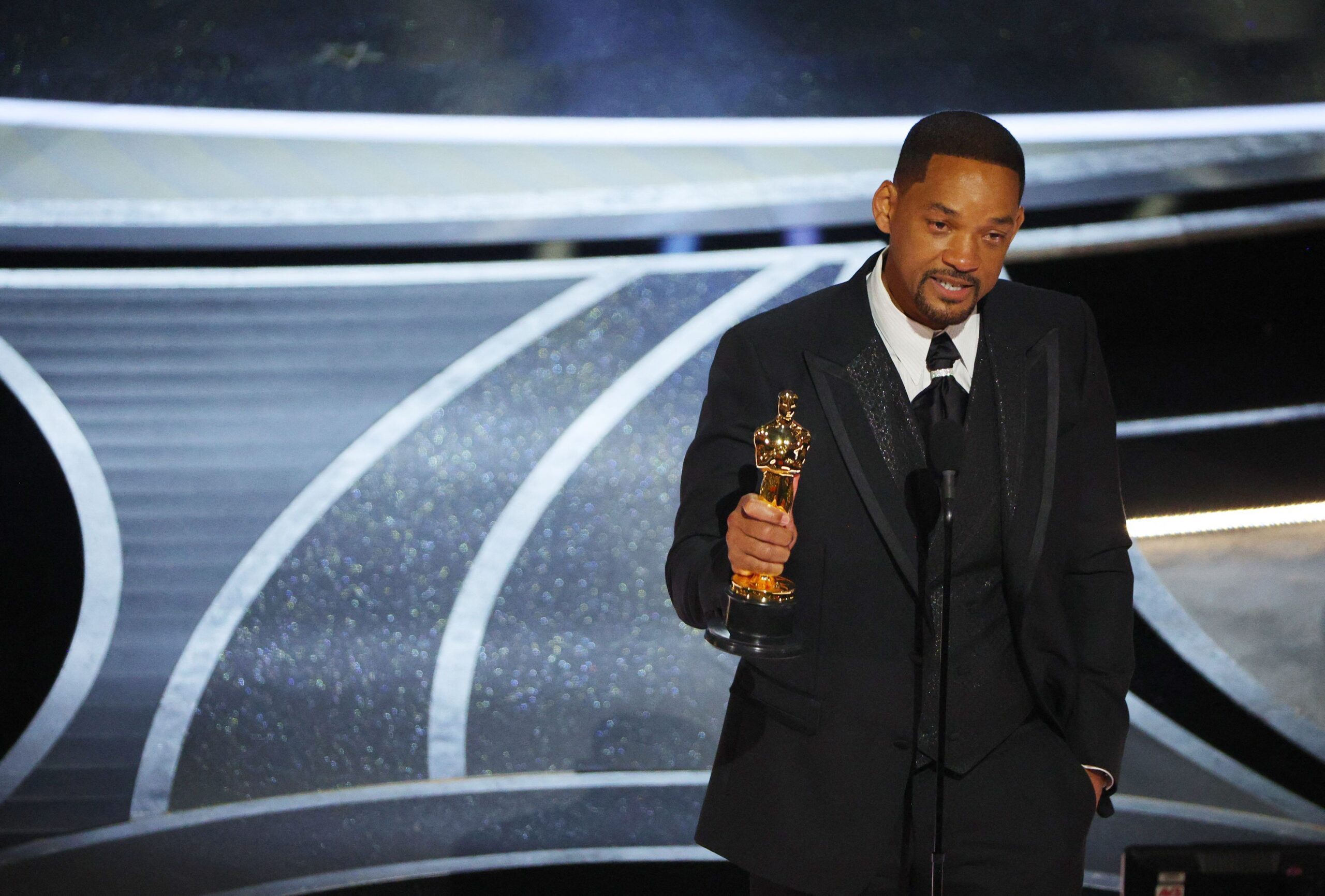 Facebook Twitter Copy URL
Copied
'Emancipation,' which tells the story of a man who escapes from slavery, was filmed before Smith attacked Rock on stage in February

LOS ANGELES, USA – Actor Will Smith’s first movie since he slapped Chris Rock at the Academy Awards, a historical thriller called Emancipation, will debut in cinemas in December, a move that makes the film eligible for next year’s Oscars.

Distributor Apple Inc announced the timing in a statement and released a trailer on Monday, October 3. Emancipation, which tells the story of a man who escapes from slavery, was filmed before Smith attacked Rock on stage in February but its release date had been uncertain.

Smith is banned from attending the Oscars ceremony for 10 years, but he is still eligible to be nominated and win.

The actor has publicly apologized to Rock, the film academy and the public for slapping the comedian over a joke about the appearance of Smith’s wife, Jada Pinkett Smith.

Less than an hour later, Smith won best actor for playing the father of tennis legends Venus and Serena Williams in King Richard.

Emancipation will play exclusively in theaters for one week starting on December 2 and will debut on the Apple TV+ streaming service on December 9, Apple said.

The movie was inspired by a real-life story of a man who became known as “Whipped Peter” after Harper’s Weekly published images in 1863 of extensive scarring on his back from whippings he received as a slave.– Rappler.com