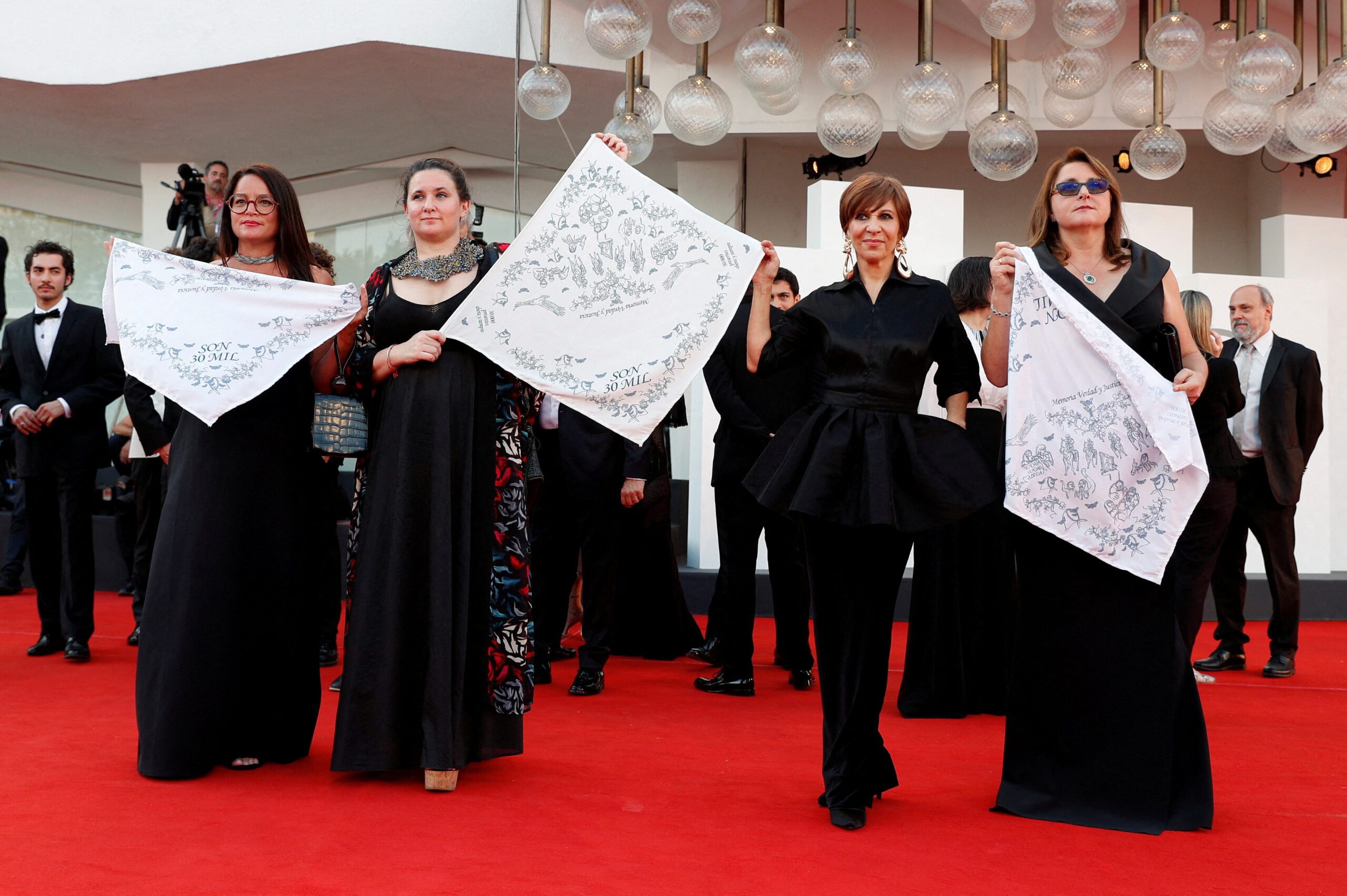 VENICE, Italy – A failed assassination attempt this week on the Argentine vice president has provided a foreboding backdrop to powerful courtroom drama Argentina 1985, which opened at the Venice Film Festival on Saturday, September 3.

Santiago Mitre’s movie follows the prosecutors who, despite death threats and enormous legal difficulties, brought members of Argentina’s 1976-1983 military dictatorship to trial in 1985.

It is the only time a democratic government has launched a large-scale judicial assault on a country’s former dictatorial rulers, and the case proved a watershed for Argentina.

Speaking to reporters ahead of the premiere, Mitre said Thursday, September 1’s attack on Vice President Cristina Fernandez de Kirchner in Buenos Aires, when an assailant’s gun failed to discharge, showed democracy could not be taken for granted.

“It’s a horrible act that we never thought could happen because we believed that the trial of 1985 had put an end to the idea of using violence to resolve political conflict,” he said. “The film … has taken on a vitality we did not see coming.”

Police arrested a Brazilian man after the attempt on Fernandez de Kirchner’s life, but have not given a possible motive for the attack.

Argentina 1985 portrays the struggle of chief prosecutor Julio Strassera, played by a chain-smoking Ricardo Darin, and his young legal team racing to gather evidence before the trial starts of nine members of the old military junta.

Mitre uses some of the original, gut-wrenching testimony presented to court, including a woman forced to give birth in the back of a police car surrounded by laughing thugs, and mothers whose children were abducted and never returned home.

“I experienced the dictatorship when I was an adolescent at school. The preparation (for the role) was somehow tattooed on my body. It was something I had already experienced,” said Alejandra Flechner, who plays Strassera’s wife.

The military dictatorship left as many as 30,000 disappeared persons, according to human rights groups, although determining precise figures remains a topic of debate.

The Spanish-language film was produced by Amazon and is one of five movies destined for streaming platforms that are competing alongside 18 other pictures for the coveted Golden Lion award at Venice.

Laced with humour, but paced like a thriller, it is the first time that anyone has made a film out of the so-called Trial of the Juntas, which revealed to a stunned nation the scale of atrocities committed during military rule.

“This trial was the way to build a new country, a new way of seeing politics based on respect for the institutions and respect for humanity,” said Mitre.

“This has continued to this day and I think it is one of the things that should make us feel proud as Argentines.” – Rappler.com