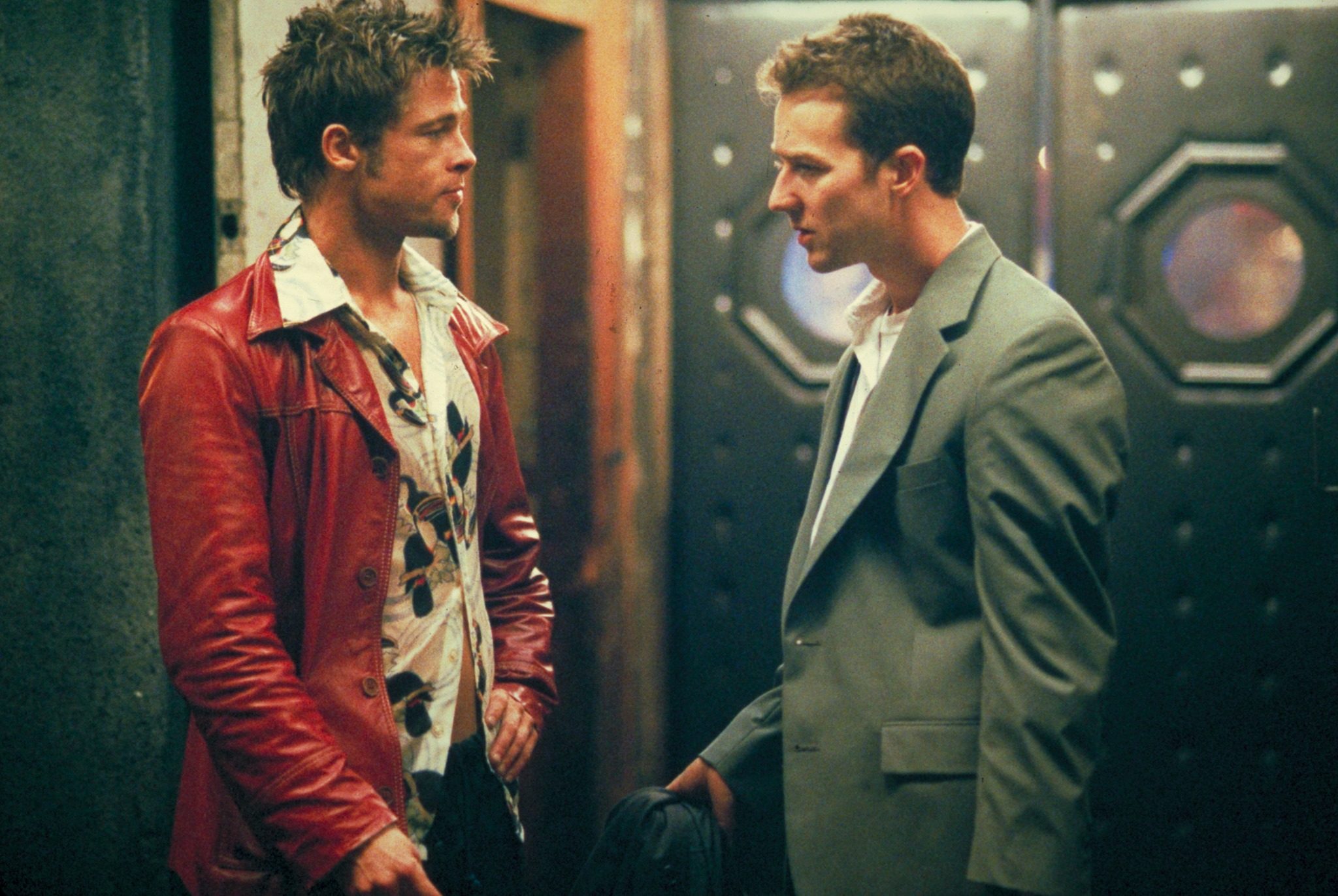 Facebook Twitter Copy URL
Copied
In the edited Chinese alternative version, the police win over the criminals and arrest them, foiling their plans of subversion

MANILA, Philippines – David Fincher’s 1999 cult classic Fight Club, based on Chuck Palahniuk’s 1996 novel of the same name, has been given an alternative ending in China, and fans of the original film couldn’t help but notice the stark difference.

The film, which was recently made available on Chinese streaming platform Tencent Video, shows a different ending where the authorities win by foiling the criminals’ plans and arresting them.

The ending of the original Fight Club shows Edward Norton’s narrator character discovering that Tyler Durden, played by Brad Pitt, is his imaginary alter-ego, and then kills him off. Norton then watches buildings explode alongside girlfriend Marla Singer (Helena Bonham Carter), confirming that his plan of subversion to redo society has come into fruition.

According to Variety, the edited Chinese version stops right before the skyscrapers erupt into flames – instead, an English-language title card is shown, saying that the police “rapidly figured out the whole plan and arrested all criminals, successfully preventing the bomb from exploding.”

“After the trial, Tyler was sent to lunatic asylum receiving psychological treatment. He was discharged from the hospital in 2012,” it read.

It has not been confirmed if the censored edit was requested by the Chinese government or if the original film’s producers provided it, so it would be allowed to premiere in China.

According to Variety, multiple sources in China said that the edit is “most probably the producer or distributor” who offered the post-production cuts “in order to head off obvious problems.” The original font of the film was even used, which helped to make the alternative ending look more seamless and cohesive.

According to CNN, the Chinese publisher of Fight Club is Pacific Audio & Video Co., based in Guangzhou, and is affiliated with state-owned Guangdong Radio and Television.

China is known for their strict media censorship rules, which includes films, series, and foreign film premieres. The Communist Party’s Central Propaganda Department approves only a handful of foreign films for release each year, with each one required to go through several stages of approval. Scenes are usually cut before receiving a greenlight for release.

In March 2019, multiple gay scenes in Bohemian Rhapsody were dropped, including a pivotal moment when iconic Queen musician Freddie Mercury (Rami Malek) comes out to his wife. Romantic scenes between two men, such as a kiss shared by Mercury and his personal assistant, were also erased, disheartening China’s gay community.

In 2018, Oscar-winning Call Me by Your Name, a story of a summer romance between two young men in Italy, was pulled from the Beijing International Film Festival. Online video service MangoTV also cut out a gay-themed dance from its broadcast of the Eurovision contest.