It’s finally happening: Films to catch in PH cinemas in 2021 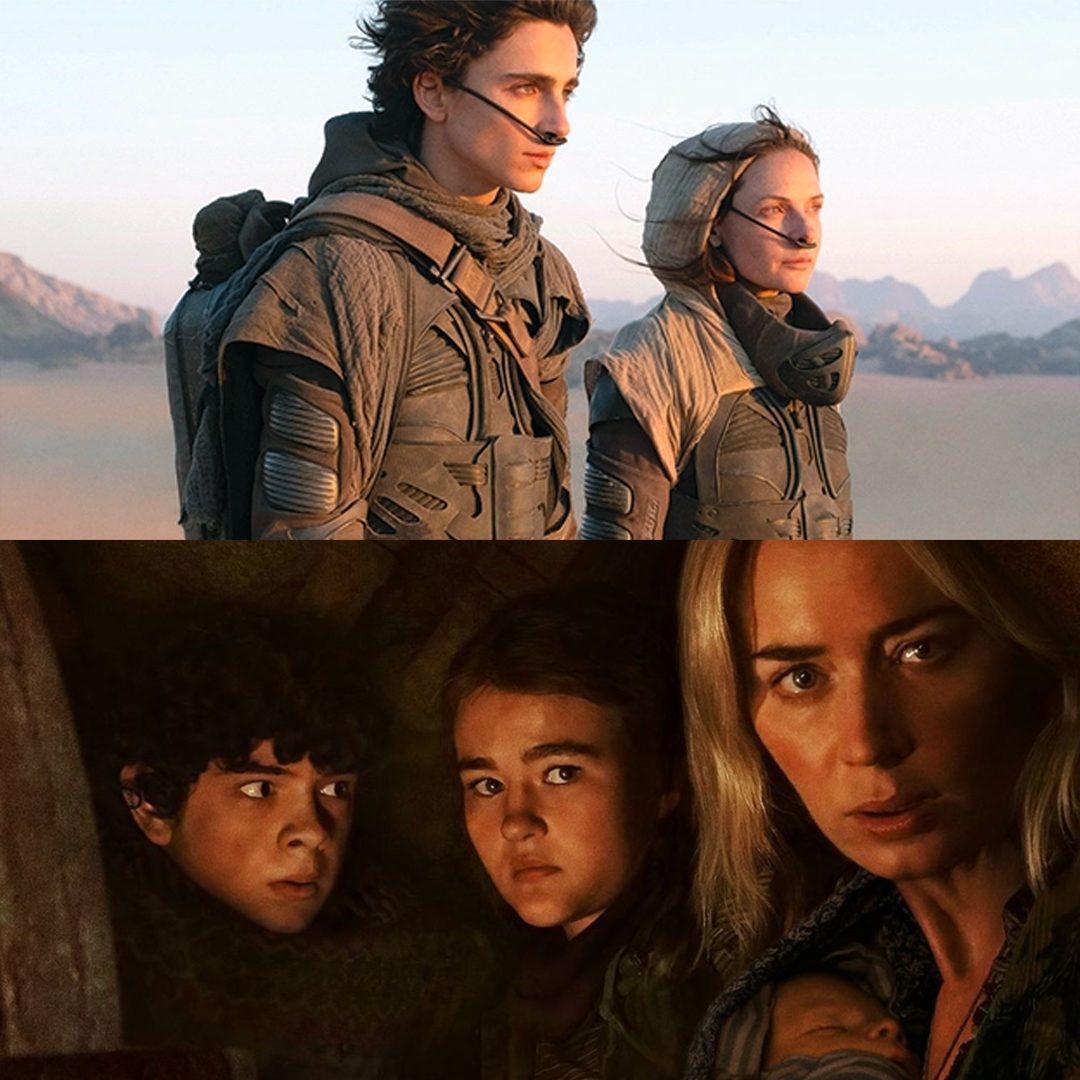 Facebook Twitter Copy URL
Copied
(2nd UPDATE) Which blockbusters are you looking forward to seeing on the big screen?

Cinemas are back, and moviegoers can finally catch their most anticipated blockbusters on the big screen again (minus the popcorn).

While cinemas and movie theaters in the National Capital Region (NCR) are allowed to re-open under Alert Level 3, several restrictions and safety measures are still in tow per mall. According to IATF-mandated health standards, only fully-vaccinated people will be allowed entry into theaters.

Cinemas are back: Here are the safety protocols required for PH malls Here’s a running list of the films you can look forward to seeing on the silver screen in 2021!

The critically-acclaimed film, which has “been made, designed, and dreamed to be seen on a big screen” according to Villenueve, is based on Frank Herbert’s 1955 novel of the same name.

The Abbott family ventures into the outside world again in a desperate fight for survival, with Emily Blunt starring as Evelyn, with her kids Regan (Millicent Simmonds), Marcus (Noah Jupe) and a newborn baby in tow. Peaky Blinders’ Cillian Murphy and Guardians of the Galaxy’s Djimon Hounsou will also be part of the sequel.

A Quiet Place: Part II was a success in the North American box office when it premiered in theaters in May – the film managed to collect $48 million on its opening weekend, setting a record as the biggest three-day haul of the pandemic era.

No Time To Die

Bond is back! Daniel Craig’s fifth and last outing as the suave British secret agent premieres in theaters on November 17.

The sequel to the nail-biting 2016 thriller Don’t Breathe will be premiering in cinemas starting November 17.

Don’t Breathe 2 will be giving cinema viewers a closer look at the sinister capabilities of lead character and blind war veteran Norman Nordstrom, played by Avatar’s Stephen Lang, set a couple of years after the horrifying events of the first film.

The action-packed film starring Scarlet Johansson is a prequel set after the events of the 2016’s Captain America: Civil War. It catches up with former assassin Natasha Romanoff as she is on the run from government agents. Stranger Things actor David Harbour plays Romanoff’s father and Rachel Weisz co-stars as her mother. Midsommar’s Florence Pugh portrays her sister, Yelena.

Shang-Chi and The Legend of 10 Rings

The Marvel Cinematic Universe’s first Asian-led superhero film, Shang-Chi and The Legend of 10 Rings, is slated for a November 24 release.

Shang-Chi, played by Simon Liu, is living an unassuming life as Shawn in San Francisco when he is drawn into battle on a bus that careens through the city’s streets. The event forces him to head back home to Macau and confront his past and the mysterious Ten Rings organization.

Another Marvel entry hitting theaters on December 1 is Claire Zhao’s Eternals. The film introduces a new team of heroes set to save humankind from destruction In the trailer, we are introduced to the Eternals, a powerful alien race who have lived quietly on Earth for thousands of years. After blending in and keeping their powers secret for centuries, they come out of hiding to protect humans from their malevolent counterparts, the Deviants.

Psychological horror film Malignant is slated for a November 24 theatrical release. The film is the latest installment in The Conjuring universe from horror master James Wan, who also directed Saw, Dead Silence, and Insidious.

Malignant follows a woman whose dreams are plagued by shocking visions of grisly murders. When she discovers that she is seeing the murders as they are happening in real life, she attempts to find out the truth to these unsettling events, only to be confronted by a vicious entity named Gabriel, who is believed to be “the devil.” –

Get ready for some bloodthirsty zombie action on the big screen! The new Resident Evil reboot, Welcome To Racoon City, is hitting Philippine cinemas on December 15.

In the dying town of Raccoon City, a band of survivors race against time and flesh-eating zombies as they uncover the mystery behind pharmaceutical giant Umbrella Corporation. Welcome To Racoon City stars Kaya Scodelario (Skins, Maze Runner), Hannah John-Kamen (Game of Thrones, Ant-Man and The Wasp), Robbie Amell (The Flash), Tom Hopper (The Umbrella Academy), and Avan Jogia (Victorious).

Venom: Let There Be Carnage

Sony Pictures’ Venom: Let There Be Carnage is premiering on December 8.

In the film directed by Andy Serkis, journalist Eddie Brock (Tom Hardy) and Venom – an alien symbiote – try to live a semi-normal life together. Eddie is the lethal protector of Venom, one of Marvel’s most complex characters.

Eddie then crosses paths with serial killer Cletus Kasady (Woody Harrelson) at the Ravencroft Institute after having the chance to interview him. Things turn south when Cletus becomes the host of a dangerous symbiote named Carnage and escapes the maximum-security facility.

The film introduces the Madrigals, a family who lives in a colorful town hidden deep within the mountains of Colombia. The Madrigals, however, are not your run-of-the-mill family, as each member possesses “exceptional, fantastical, and magical” powers such as super strength, shapeshifting, and plant manipulation.

The only exception is 15-year-old Mirabel, who seems to lack any sort of unique power and is struggling to fit in with the rest of her family. Brooklyn Nine-Nine’s Stephanie Beatriz lends her voice to lead protagonist Mirabel. The film’s songs are written by Hamilton’s Lin Manuel-Miranda. – Rappler.com