George Clooney, Julia Roberts reunite for their first rom-com together 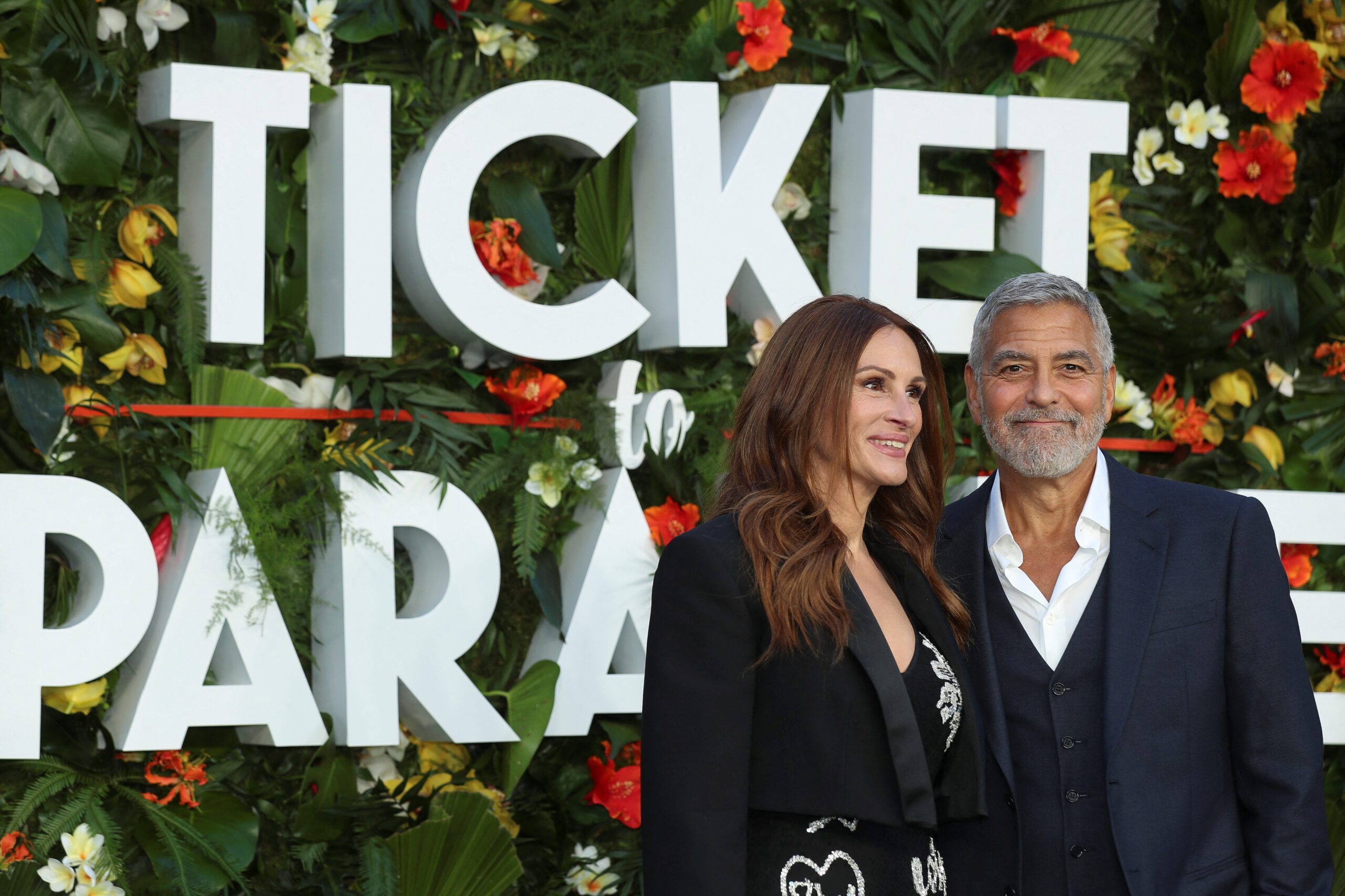 The duo play David and Georgia, who put their differences aside and join forces to stop their daughter Lily from marrying someone she has recently met on a graduation trip to Bali. Not wanting her to make the same mistake they believe they made 25 years earlier, they travel to the island to disrupt the nuptials.

Directed by Ol Parker, the film is the fifth Roberts and Clooney have starred in together.

“It was fun… We enjoyed it because we got to be snarky with each other. We thought that was funny,” Clooney told reporters at the movie’s world premiere in London on Wednesday, September 7.

“We also thought it was kind of a nice time to do something light, (we’ve) kind of all been through it a little bit, all of us together as a human race, and so we thought it’d be fun.”

Roberts is known for a string of romantic comedies in 1980s and 1990s, from Pretty Woman to Notting Hill, while Clooney’s last romantic comedy was One Fine Day in 1996.

“It’s nerve wracking at first when you hear their names,” Kaitlyn Dever, who plays Lily, said on having the two Hollywood stars play her parents. “And then when you meet them, all of that kind of nervousness goes away and then you’re able to see them just as people.”

Set among lush scenery, the film plenty of scenes in which David and Georgia exchange snide comments before slowly starting to tolerate each other again. One scene shows the two drunkenly dancing in a club much to the embarrassment of their daughter.

“Ol was just like, do what you want, don’t hurt each other and stay in the room,” Roberts said. “No one can get hurt,” added Clooney. “Just your eyes.”