'Ghost in the Shell' review: Sheen over substance

It is quite evident that Rupert Sanders’ Ghost in the Shell arrives in the most awkward position. It has been scrutinized even prior to its release.

It isn’t enough that the film seems redundant, considering that Mamoru Oshii’s 1995 animated adaptation has garnered so much good will throughout the years that any live-action update will always be seen by fans as a pale pretender.

The film is also surrounded by controversy, the most glaring of which is the casting of Scarlett Johansson to play the film’s lead when an actress of Asian descent would have fit the role better. (First look: Scarlett Johansson in live action 'Ghost in the Shell')

Hollywood is predictable that way. Insensitive to any sense of cultural or racial ownership as long as defensible contractually and through narrative tweaking, it only serves the purpose of maximizing the market and Johansson, who has established herself as the go-to girl for high concept science fiction and superhero-themed actioners with films like Under the Skin (2013), Her (2013), Lucy (2014) and The Avengers films, offers very little risk.

There is an attempt by screenwriters Jamie Moss, William Wheeler and Ehren Kruger’s to navigate the plot around the whitewashing controversy, and while the deviation adds much-needed human drama to the too-serious existentialist slant of the picture, it doesn’t really work completely. This Ghost in the Shell film is a streamlined affair. It lacks the heft and depth of the previous iteration, but it isn’t exactly what you’d call a conceptual failure.

There is a place in pop culture for this kind of film, and in a way, Sanders’ film, while clearly a subpar redo, becomes its own thing because of its defensive stance of the way it culturally and appropriates the material to fit Hollywood goals and standards. 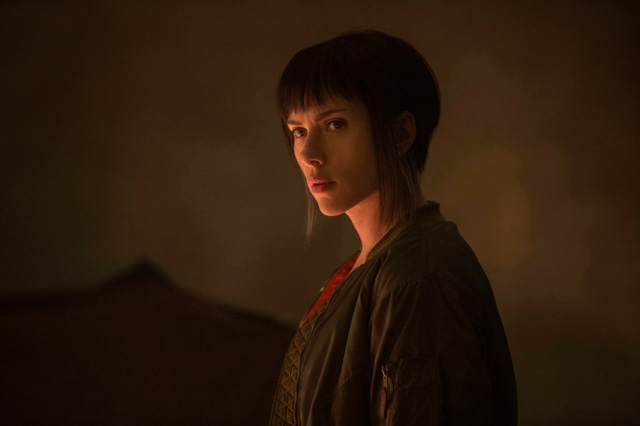 Perhaps the best part of Sanders’ film is its stunning visuals.

It’s very evident that the film borrows most of its look from Oshii’s film, with Sanders even replicating a lot of the anime’s key scenes. Sanders’ translation of the aesthetics from hand-drawn to computer-generated to match the realism of live action adds a certain layer to a film that has voluntarily reduced into just a string of eye-popping action scenes.

In a sense, given that Sanders’ film now consciously acknowledges race and language, its setting, which seems to be Hong Kong in an age where cultural differences hardly matter (this, considering that humanity is divided by their affinity to machines), adds a certain layer for discourse. The city, with its neon signs and hologram billboards the size of skyscrapers, resembles all of the film’s characters whose bodies are amalgamations of flesh and metal, whose identities have been blurred by all the synthetic upgrades.

This Ghost in the Shell, like its setting and like its characters, is a spectacle of bizarre design and mixtures. Its cast not only includes Hollywood stalwarts like Johansson, but also international stars Takeshi Kitano and Juliette Binoche, giving the film an inclusive vibe, a unified stance of being oblivious to national and racial labels. Yet somehow, the film is still all sheen and pageantry. It all feels artificial and intended. It is after all a product for profit than any real discourse. 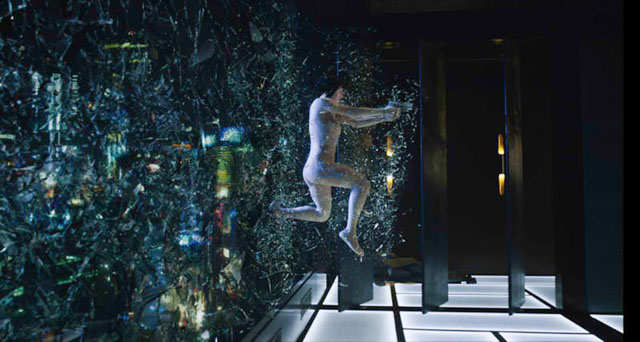 Sander’s Ghost in the Shell is delightful to look at, but its core is problematic, which makes it all the more fascinating as an erroneous adaptation. – Rappler.com

Francis Joseph Cruz litigates for a living and writes about cinema for fun. The first Filipino movie he saw in the theaters was Carlo J. Caparas’ 'Tirad Pass.' Since then, he’s been on a mission to find better memories with Philippine cinema.