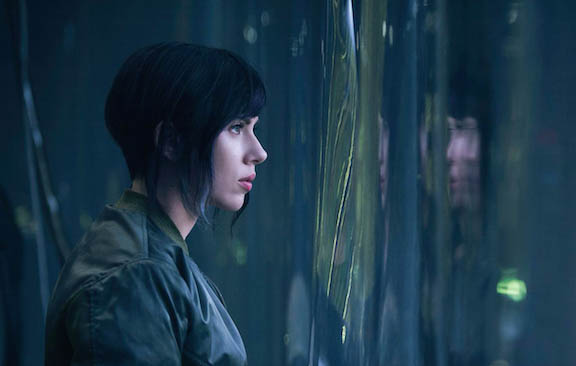 MANILA, Philippines – The live action adaptation of Ghost in the Shell has started filming in New Zealand, and with this, we get a first look of Scarlett Johansson who is set to star in the cyberpunk flick.

Based on the eponymous 1995 animated film helmed by Mamoru Oshii and its source manga (or graphic novel) by Masamune Shirow, the upcoming movie stars Scarlett Johansson as the Major (originally named Major Motoko Kusanagi). The film is set to be directed by Rupert Sanders (Snow White and the Huntsman).

Scarlett's character leads an elite task force called Public Security Section 9 working under Hanka Robotics. The team is in charge of eliminating extremely dangerous criminals and the ilk, and they face an enemy who is hell-bent on obliterating Hanka's technologies.

According to a Paramount Pictures release, the film also stars Takeshi Kitano as Daisuke Aramaki, Juliette Binoche as Dr. Ouelet, Michael Pitt as Kuze, Pilou Asbaek as Batou – the Major's second-in-command, and Kaori Momoi. Members of Section 9 are to be played by Chin Han, Danusia Samal, Lasarus Ratuere, Yutaka Izumihara, and Tuwanda Manyimo.

Scarlett's casting, however, drew flak from certain sectors, who launched a petition calling for her dismissal. The petition reasoned, "The original film is set in Japan, and the major cast members are Japanese. So why would the American remake star a white actress?"

It continued, "The industry is already unfriendly to Asian actors without roles in major films being changed to exclude them. One recent survey found that in 2013, Asian characters made up only 4.4% of speaking roles in top-grossing Hollywood films."

Ghost in the Shell is filming in New Zealand's capital, Wellington. "The city boasts state-of-the-art production facilities and a rich urban landscape that make it an ideal setting for a sci-fi action film," said producers Avi Arad, Ari Arad, Michael Costigan and Jeffrey Silver in an official release from Paramount Pictures.

The film is co-produced by studios DreamWorks Pictures and Paramount Pictures. It hits US theaters on March 31, 2017. – Rappler.com