Facebook Twitter Copy URL
Copied
After a long wait, the beloved volleyball team of Karasuno High is coming back!

MANILA, Philippines – The next events of Haruichi Furudate’s Haikyuu!! will be condensed into a two-part sequel film, as confirmed by an announcement they posted in their website on Saturday, August 13.

The announcement was accompanied by a teaser that showed manga snippets of the latter chapters, with the tagline, “Who will we become tomorrow?” Although details like the film’s release date are yet to be released, they disclosed that a kickoff event will be held on August 23. 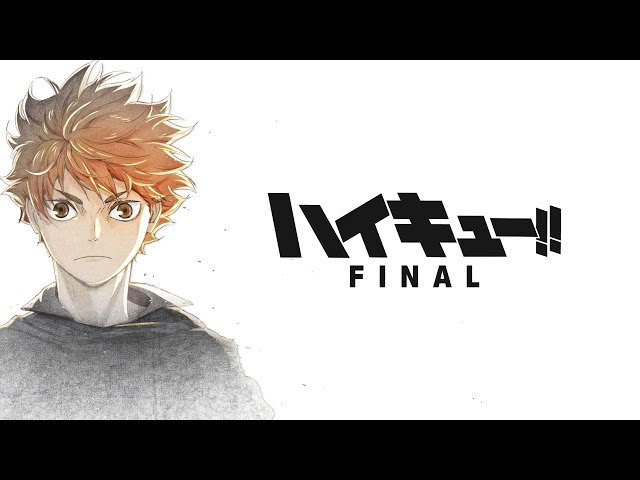 When the countdown to a “big announcement” was published on the website, rumors about a potential season five started to circulate among fans. The show’s latest season, Haikyuu!! To The Top, aired in 2020, ending in a slight cliffhanger regarding the outcome of the Spring High School National Volleyball Championship.

Luckily for fans, the long wait is over. The recent trailer showed that the sequel films will feature the story arcs succeeding the events of season four, including the highly-anticipated match between Karasuno High and Nekoma High.

Haikyuu!! debuted as a manga in 2011. It tells the story of Hinata Shoyo, a young man of small stature, who aspires to be the best volleyball player. Unfortunately, he went up against “King of the Court” Kageyama Tobio in his first ever volleyball match, which he subsequently lost. From then on, Hinata declared Kageyama as his rival, vowing to eventually defeat him on the court. Things took a turn, however, when they ended up on the same team in high school. The two then had to overcome their differences to become the most formidable volleyball duo in Japan.

Production I.G adapted the series into an anime in 2014. Its second season launched in 2015 while the third season launched in 2016. The fourth season was split into two parts: the first half premiered in July 2020 and the second half released in October 2020. The last season is still available for streaming on Netflix. – with reports from Bea Bertuldo/Rappler.com