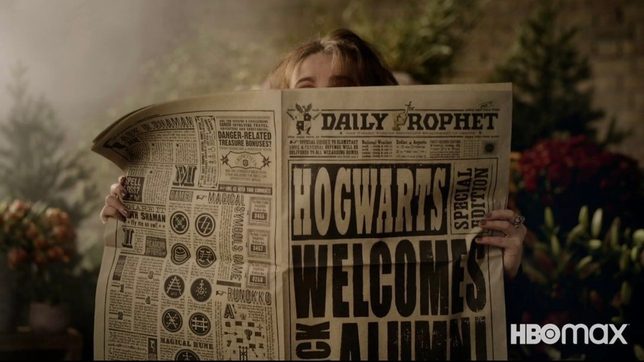 MANILA, Philippines – Relive the magic as the first look at the highly-anticipated Harry Potter 20th Anniversary: Return to Hogwarts is here!

HBO Max released on Monday, December 6 a teaser for the upcoming reunion special, which features familiar faces and images for fans of the beloved franchise.

The 50-second clip begins with someone holding up a copy of the The Daily Prophet newspaper. It is then followed by Robbie Coltrane (who played Rubeus Hagrid in the movie series) and Matthew Lewis (Neville Longbottom) receiving their invitations, appropriately stamped and designed to resemble the ones that possible students receive from the Hogwarts School of Witchcraft and Wizardry.

Mark Williams (Arthur Weasley) is also seen hopping onto the Hogwarts express train as the video pans to the iconic Platform 9 ¾ at Kings Cross Station.

The reunion special will reportedly “dive into the making of the film franchise, with in-depth interviews and conversations with the cast” as they celebrate the 20 years since the release of Harry Potter and the Sorcerer’s Stone – the movie that kicked off the franchise on the big screen.

Author JK Rowling, whose opinions on transgender issues in recent years have stirred controversy,  is not part of the lineup.