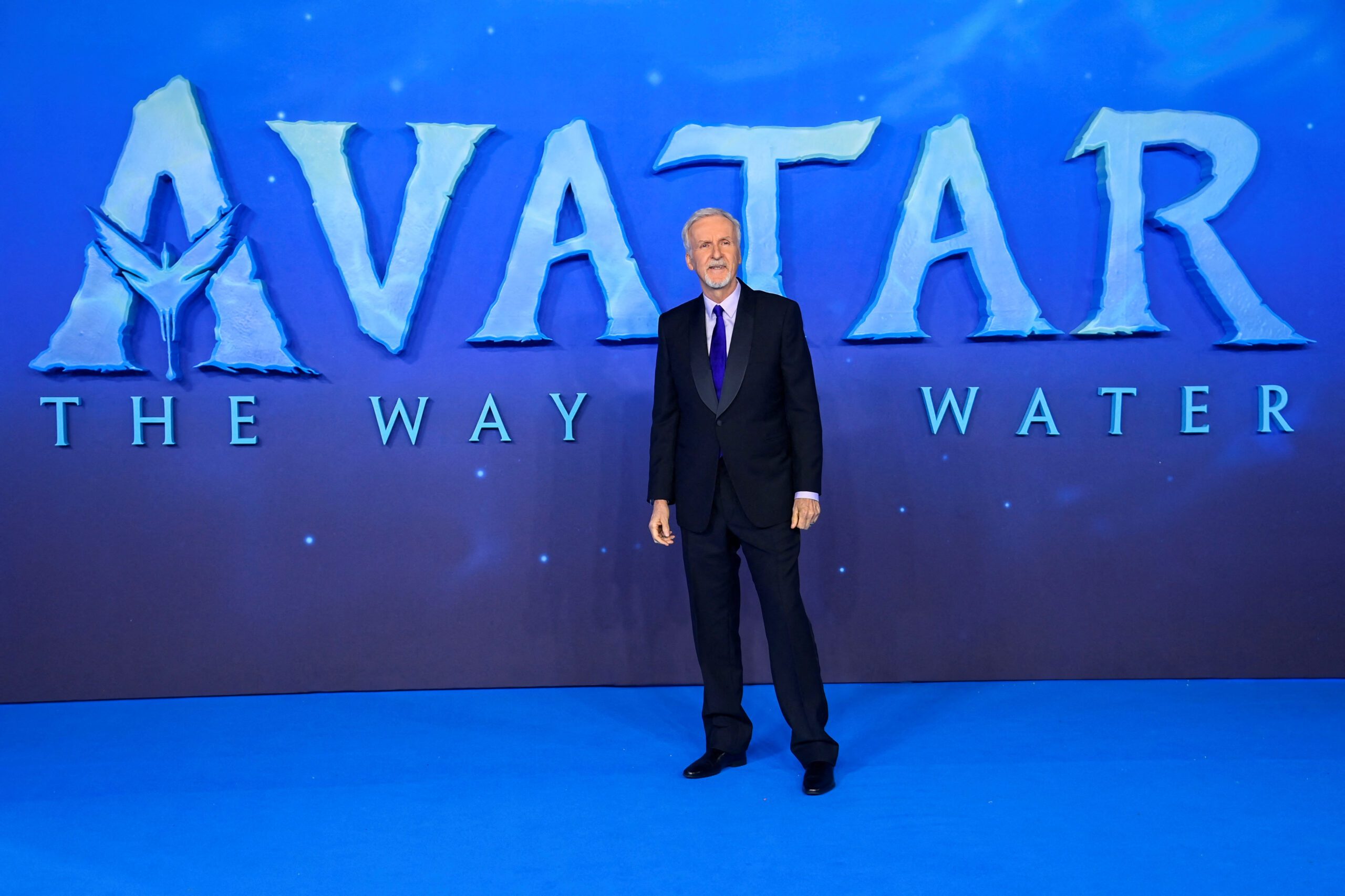 Director James Cameron arrives at the world premiere of 'Avatar: The Way of Water' in London, Britain December 6, 2022.

Facebook Twitter Copy URL
Copied
'We’ve been sitting on this egg for a long time and getting it out in front of people, the response has been overwhelmingly good so far,' says the director

LONDON, United Kingdom – Filmmaker James Cameron is taking audiences back to his visually mesmerizing world of Pandora, releasing the sequel to his 2009 epic Avatar, the top-grossing movie of all time.

The stakes are high for Avatar: The Way of Water, which reportedly cost more than $350 million and comes 13 years after the original that grossed $2.9 billion worldwide, with more Avatar movies in the pipeline.

“It’s a relief. We’ve been sitting on this egg for a long time and getting it out in front of people, the response has been overwhelmingly good so far,” Cameron said in an interview.

Set more than a decade after the original where Pandora’s blue Na’vi people battled human colonists for the moon’s natural resources, The Way of Water revisits protagonists Jake Sully and Neytiri, now parents of five children.

Their peaceful life in the paradise-like jungle is interrupted by the return of the “Sky People”, the Na’vi name for humans, who are after Sully. Sully, Neytiri and their children flee to a far-flung territory, seeking refuge with the oceanic Metkayina clan. They quickly have to learn the ways of the water to survive amid the approaching threat of their enemy.

Asked if he was concerned the 13-year gap might hurt interest, Cameron said: “That was a very legitimate concern, I didn’t feel that instinctively but it was always a possibility. Then we dropped our first teaser trailer in May and it had 148 million views in 24 hours. I’m not worried about it anymore.”

“What does worry me is that the market has contracted due to the double punch of streaming and the pandemic, it’s slowly coming back…so can we be profitable in a changed market? … We’ll know in a few weeks, I guess.”

The new movie, which begins its global cinema rollout from December 14, reunites Cameron with his Titanic star Kate Winslet, who plays the Metkayina clan’s shamanic matriarch.

Winslet performed her underwater stunts herself and learnt to hold her breath for around seven minutes as she prepared for the role.

“With Titanic, when you’re flooding sets…you just never knew if there was going to be a chair sliding past your face or someone was going to get bumped by a table or a floating cushion,” she said.

“With Avatar…everything is completely planned. The safety has to obviously be in place because you are performing underwater 20 feet down and you have to be very respectful and calm so that everything works in a clockwork manner.” – Rappler.com