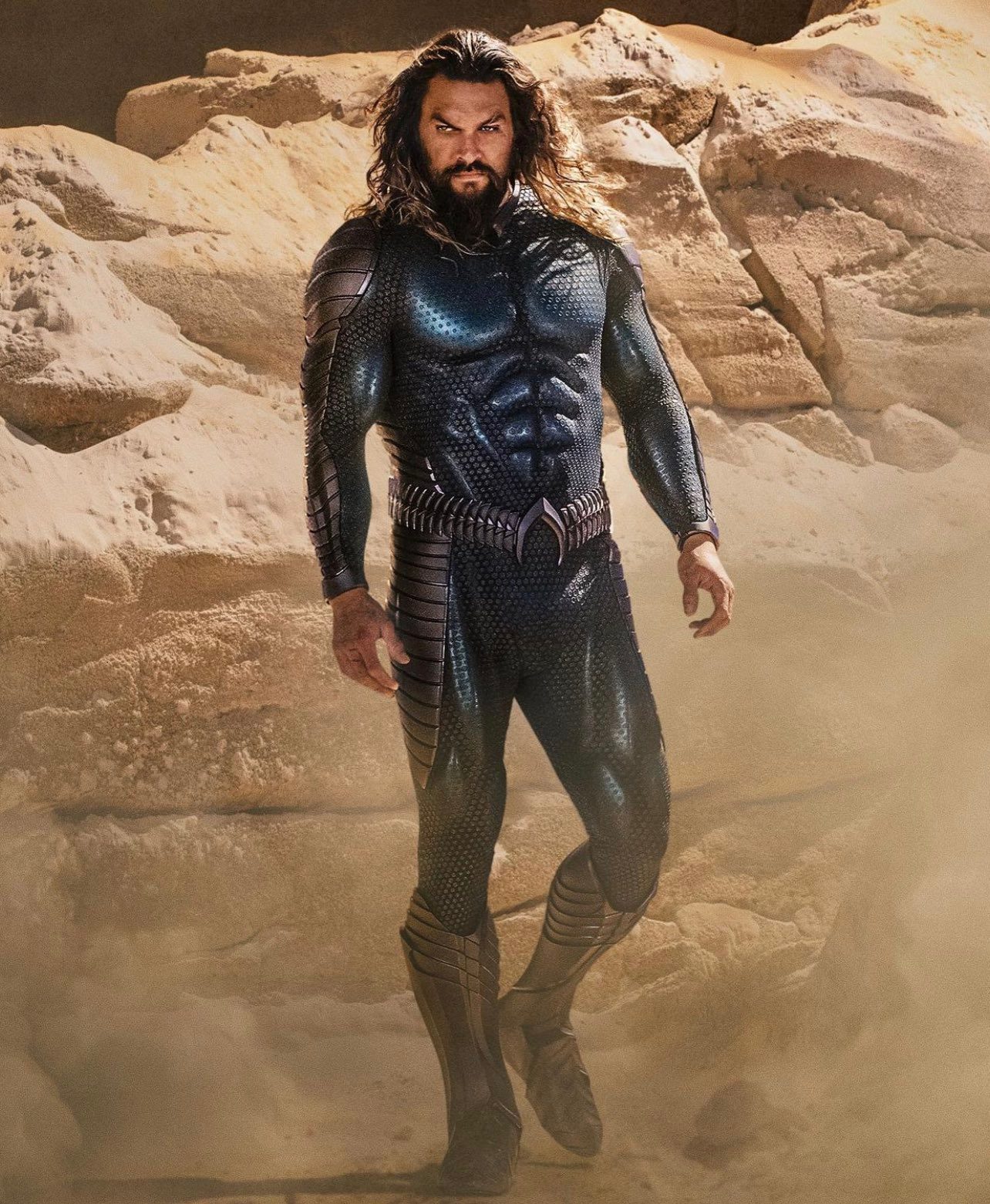 Jason Momoa gave fans a first look at his new costume for the upcoming DC Extended Universe movie Aquaman and the Lost Kingdom.

In an Instagram post on Monday, September 6, the actor shared photos of two different costumes. The first image shows Momoa in a classic green and orange costume, similar to Aquaman’s original comic book look, while the second photo sees Momoa in a darker and sleeker “stealth suit.”

“Second round. New suit. More action. #Aquaman Aloha,” he wrote in the caption.

Director James Wan also uploaded the images on his account, “A sneak peek at his other outfit – the stealth suit. Atlantean tech based on cephalopod’s camouflaging ability.”

Wan and David Leslie Johnson-McGoldrick, who both worked on the first film, are set to direct and write the script, respectively.

According to a Deadline report, Wan said that the changes in the Aquaman sequel came “partially because they were not familiar with the comic book, which deals in this very lurid, strange world. People were taken aback that I didn’t throw all that stuff away and make a dark, heavy film.”

He added, “But I didn’t feel that would have been right for it. So with the second film, I feel it will be easier for people to accept where we go because I’ve already laid the foundation.”

The first Aquaman movie, which was released in December 2018, grossed more than $1 billion worldwide. The sequel was first announced in February 2019.

Aquaman and the Lost Kingdom is set to hit theaters in December 2022.  – Rappler.com