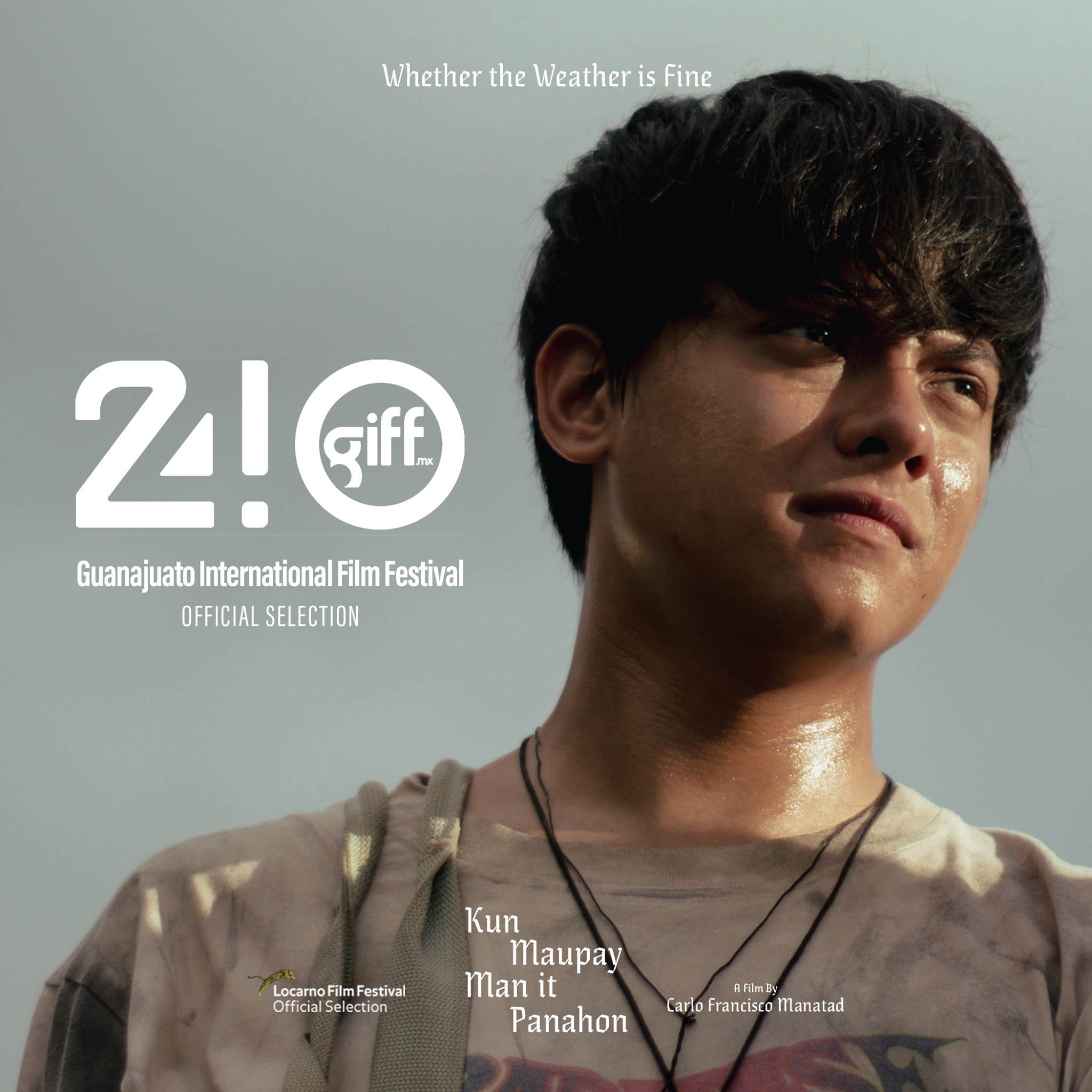 KUN MAUPAY MAN IT PANAHON. The feature film will be screened at the Guanajuato International Film Festival.

Kun Maupay Man It Panahon (Whether The Weather Is Fine) is set to have its third international screening at the Guanajuato International Film Festival (GIFF).

“Next stop: Mexico,” the film announced on its Facebook page on Tuesday, September 7.

According to its website, GIFF is one of Mexico’s largest film festivals and “has established itself as the most important platform for young filmmakers in Latin America.”

It is directed by Carlo Francis Manatad and written by Manatad, Giancarlo Abrahan, and Jérémie Dubois.

In August, Kun Maupay Man It Panahon made their first international premiere at the Locarno Film Festival in Switzerland, where it bagged the Cinema e Gioventù Prize. It was the lone Philippine entry selected for Concorso Cineasti del Presente (Filmmakers of the Present Competition), in which films from emerging directors across the world are featured.

Kun Maupay Man It Panahon is also set to make its North American premiere at the Toronto International Film Festival, which will run from September 9 to 18.