TO INFINITY AND BEYOND. 'Lightyear' gets its full trailer.

Lightyear feels like Disney/Pixar digging into its old toy chest full of IP, pulling out something they haven’t played with in a while, and trying to see if it’s worth playing with again. Except it hasn’t actually been that long since the last Toy Story movie. Can’t help but be wary about spin-offs like this, because as a kid of the VHS era, I see something like this and I can’t help but think of the straight-to-video movies that came along with every successful big screen kid flick in the ’90s.

The ’90s is a good reference point to move from when looking at Lightyear. Its meta touch is that it’s not the Buzz Lightyear we know from the Toy Story movies, but rather it is the actual movie from which the Buzz Lightyear toy was based on. What we are meant to be seeing is a kids’ movie from the mid-’90s, the kind of thing that would make kids want to buy toys. It’s a premise I actually like.

I think the way to go about deciding whether to see Lightyear is setting expectations for what you’re walking into. If you’re expecting one of the memorable Pixar greats, or even something that touches the emotional depths of the best Toy Story bits, this isn’t it. And it’s a shame, because they have built a name on making “kids” movies that are just as impactful for adults. However, if you’re looking for just a fun action-comedy romp that would in fact be a great platform to sell toys and has jokes that really feel out of a ’90s movie, then this is an okay enough flick. 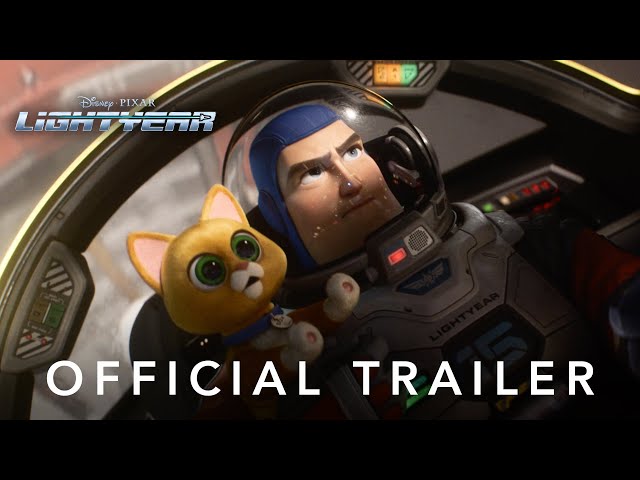 I can imagine this being the kind of movie that a kid anywhere from 4-10 years old would fall in love with. Intrepid Space Ranger Buzz Lightyear goes on an adventure. However, what’s actually interesting here is that it introduces a lot of time travel concepts that have become much more popular in recent years than what you might have seen in a ’90s movie.

In trying not to spoil anything, I’ll keep the synopsis as short and vague as I can. Buzz and a ship full of other people are trapped on a hostile planet. It’s up to Buzz to test experimental fuel that might be able to get him to a fast enough speed to call for help. However, with each attempt he makes, what lasts as minutes for him actually are four years in the relative time of the people on planet.

It’s a cool concept at its core. And at some point in this movie you’ll have around three to four classic science fiction ideas playing against each other. This is the kind of stuff that was great in ’80s and ’90s kiddie sci-fi movies: exploring deep concepts, but then also building around it all a fun, sort of mindless action piece with cool sequences.

As if to round out the necessary pieces of a movie like this, you get an annoyingly cute sidekick and a plucky supporting cast. I might call it annoying, but the robot cat is the kind of thing that breaks through the defenses with its cuteness and becomes endearing. Basically, it’s R2D2 in cat form, providing all the tech solutions the protagonists will need while also serving as a great merchandising opportunity. And then the plucky cast is a team of misfits with their own little things to overcome, and with Buzz they’ll become a team.

The movie’s action set-pieces are staged pretty well, making them the real thing to watch here. I can imagine a kid seeing what’s happening here and wanting to go home to play with their toys and explore with their imagination. At the end of the day, that’s what this feels it’s going for, something that a young kid can discover and enjoy and watch (and buy toys of). If those are the ambitions of the film, as well as the expectations of the viewer, then Lightyear is good, clean fun, but very little beyond that. – Rappler.com