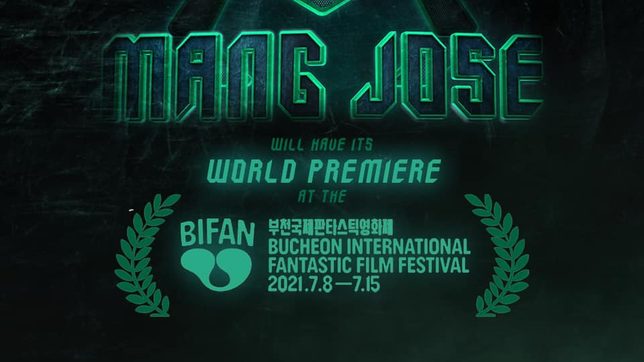 Facebook Twitter Copy URL
Copied
Directed by Raynier Brizuela, ‘Mang Jose’ is based on the 2005 song by Parokya ni Edgar

Project 8 Corner San Joaquin Projects announced that their upcoming superhero film Mang Jose, which is based on a Parokya ni Edgar song, will debut at the Bucheon International Fantastic Film Festival (BIFAN) in South Korea.

The Manila-based production company, in a Facebook post on Tuesday, June 15, said the film “will be having its WORLD PREMIERE at the BIFAN.” The festival runs from July 8 to 15.

BIFAN is considered one of the largest film festivals in Asia. It is held annually in July in the city of Bucheon, South Korea. The festival commonly showcases “fantastic-genre films” to provide a new perspective on the genre, while also promoting different cultures through the films.

Philippine entry Mang Jose is based on the hit 2005 song of the same name by Filipino band Parokya ni Edgar. The film tells the story of a superhero who only saves people if they rent him. Using his energy absorption and redirection powers, he is tasked to rescue a young man’s mother from the hands of a cunning villainess named King Ina.

Brizuela participated in the BIFAN Fantastic Film School in 2016. He won the Best Short award at the 2016 CineFilipino Film Festival for Dayuhan Sa Perlas and bagged a nomination for Best Screenplay for his 2018 film Asuang at the FAMAS 2019. – with reports from John Patrick Magno Ranara/Rappler.com