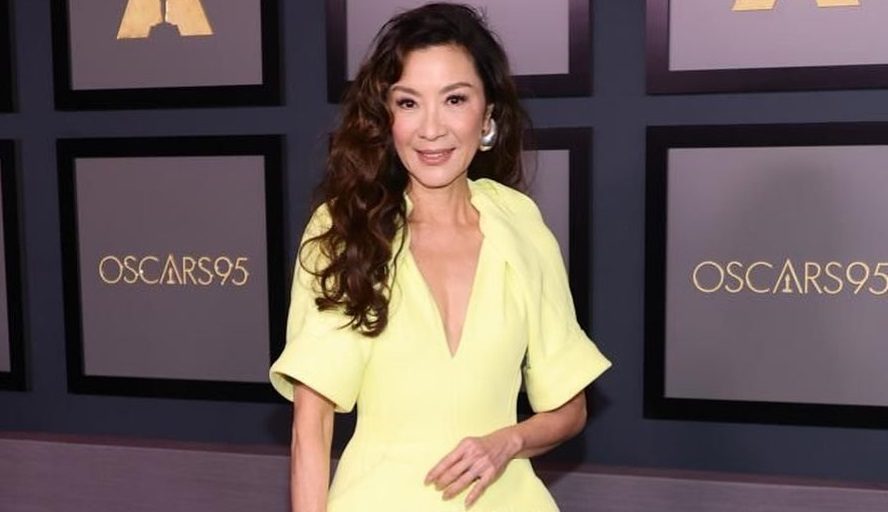 CAST. Michelle Yeoh is set to star as Madame Morrible in the upcoming 'Wicked' movies.

MANILA, Philippines – Everything Everywhere All At Once star Michelle Yeoh has been cast in the upcoming Wicked movies by Jon M. Chu.

According to a Variety report, the 60-year-old veteran actress will play Madame Morrible, the headmistress of Crage Hall at Shiz University.

Yeoh was recently named Icon of the Year by TIME magazine, with the publication recognizing her several roles throughout the years, giving special recognition for her performance as Evelyn Wang in Everything Everywhere All At Once.

The Malaysian actress has been acting since the mid ’80s and has since been in acclaimed films such as Crazy Rich Asians, Tomorrow Never Dies, and Crouching Tiger, Hidden Dragon.

Aside from Yeoh, Wicked’s star-studded cast also includes Ariana Grande and Cynthia Erivo as Glinda and Elphaba, respectively. According to Variety sources, Jeff Goldblum is also in talks to play the Wizard, but nothing has been finalized as of the moment.

The Wicked movies will be directed by Jon M. Chu, who has previously directed films such as Crazy Rich Asians and In the Heights. Wicked will be a two-part film adaptation to the Tony award-winning musical of the same name, which is based on the 1995 revisionist novel Wicked: The Life and Times of the Wicked Witch of the West.

The story acts as a prequel to classic film and children’s fantasy novel The Wizard of Oz, focusing on the unlikely friendship of Elphaba and Glinda, as well as their eventual transformations into the Wicked Witch of the West and the Good Witch, respectively.

Last April, director Chu announced that the two films will be released on December 25, 2024, and December 25, 2025, claiming that the decision to split the story into two will give the studio a “bigger canvas” to better explore the journey and depth of their characters. – with reports from Manolo Soliven/Rappler.com