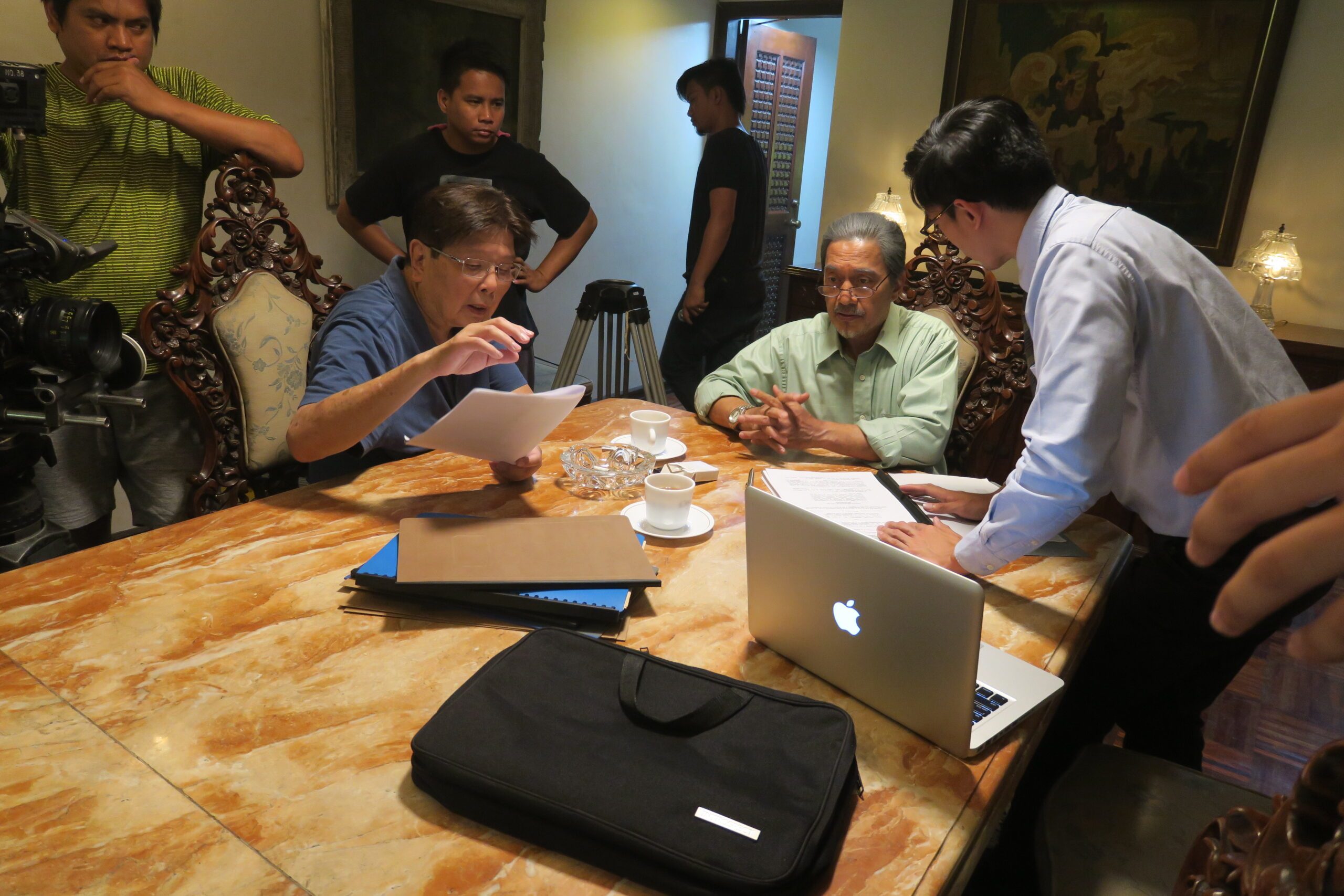 When legendary filmmaker Mike de Leon came out of an almost two-decade long retirement in 2018, he gave us Citizen Jake.

It is the story of a young, idealistic citizen journalist named Jake Herrera, who is in a constant clash with his politician father, a Marcos apologist.

Citizen Jake was shown a year before the mid-term elections in 2019, which brought new and old surnames into the Senate.

De Leon said back then that although Citizen Jake won’t make much of a difference on the mindsets of the greater voting populace, it’s better to hope and try educating them than to do nothing at all.

Now that the national elections are just a few weeks away, Citizen Jake resurfaces from a nearly three-year long seclusion. It will be shown for free on Mulat Premiere Cinema (cinema.mulatmedia.com), an all-Filipino made app, on two special weekends: from April 9 to 10 for the commemoration of Araw ng Kagitingan (Day of Valor) and April 30 to May 1, coinciding with Labor Day celebrations.

“I think showing Mike De Leon’s film Citizen Jake cannot come at a better time,” Mel Bacani III, creative director of Mulat Media, told this writer in an email, citing how the dates fall near the May 9 polls.

Bacani said though the streaming is free, viewers have to register on cinema.mulatmedia.com to access the film.

De Leon said, “I’m hoping that after the Mulat screenings, the film can still be shown but in a ‘niche’ fashion. I understand from Mel that there is already an interest among certain groups, academic or not, to have VOD (video-on-demand) screenings of the film. If that happens, then the film will not disappear.”

He added that there could be possible re-screenings of Kisapmata, Batch 81, Bayaning 3rd World, Aliwan Paradise, and Itim in the same way.

Anybody but Marcos Jr.

“I hear that Marcos Jr. is a shoo-in as our next president. This is the ultimate embarrassment for our country, the ultimate tragedy from which we may never recover. Don’t we realize that a vote for Marcos Jr. is a vote for that entire family from hell, as well as key figures from the most disreputable political families in our history?” De Leon told us in an email.

It was De Leon himself who told Bacani he wanted to show Citizen Jake again for free.

“…As my small contribution to the ‘Anybody But Marcos Jr. Movement,’ of which I am the only member,” De Leon said. Then again, he clarified he is not siding with VP Leni Robredo or any candidate.

“I have not campaigned for any candidate. But the idea of an ‘Anybody But Marcos Jr.’ campaign is very intriguing because it shows the futility of all our electoral exercises. Also, we do not produce candidates who understand that what we need is a massive cultural re-awakening. I have given up hope on finding candidates who can also become cultural leaders. Our politicians are intellectually bankrupt,” De Leon added.

For Bacani, showing Citizen Jake to audiences now very much at-home to streaming is a must. According to him, Filipinos, or at least members of the greater populace, have short-term memory.

“We had so much discussion before about our country being in a constant repeat just like the movie Groundhog Day. We’ll have a little break but then history repeats itself over and over again,” Bacani said.

“I still remember the poem written by Lou Veloso, ‘Bayan Mo,’ where each line pierces my heart…just like Citizen Jake. We need to wake up. This is not about who is more popular or who is more known. This is about who has the decency to do what’s needed to straighten out what’s wrong with our politics and our country. We need to shape up for our country’s and the young generation’s future. We cannot just vote on a whim!” Bacani added.

Veloso is actually in the movie Citizen Jake as well; his character is a retired journalist-editor named Lucas. As an activist in his younger years, Lucas has experienced the evils of Martial Law, including torture by the military.

Where was Citizen Jake all these years?

After its last public screening at UP Film Center’s Cine Adarna on February 23, 2019, it was made available for free on iFlix for about a year. Before the pandemic kicked in, it was gone again, like a rebel with a worthy cause who couldn’t be traced.

“After iFlix, I didn’t care to stream the film again. Like most of my films, Citizen Jake is a ‘niche’ film, not a mass market film or a streaming film,” De Leon said.

“That is why it is quite fortunate that Carlotta films of Paris acquired all of my films, except Sister Stella L, for Blu-ray and video-on-demand release in France and other European countries. One hopes that when my body of work is ‘rediscovered,’ other territories may follow. The scheduled retrospective of my films and select films of LVN by MoMA (Museum of Modern Art) in New York late this year may also help in finding better distribution opportunities in the US. But they will always remain ‘niche’ films,” De Leon added.

Carlotta Films is a leading Paris-based distributor of heritage cinema and classic films.

The retrospective of select films by LVN Pictures and De Leon at the Museum of Modern Art is scheduled on November 1, 2022, and will run for two weeks. LVN is one of the pioneering major film studios that helped usher the first Golden Age of Philippine Cinema in the 1950s.

“It is not an autobiography but a photographic memoir of my life in cinema, growing up and old in the movies. It doesn’t feature only my films but select films of LVN. It is written like a film, with photographs telling half of the story,” he said.

Last Look Back was edited by film scholar-professor Patrick Campos, who is also director of the University of the Philippines Film Institute.

It is more than 600 pages and will be sold in limited copies here and abroad, specifically at the MoMA Design Store branches and Carlotta Films outlets in Europe.

In an article by Campos for the anthology Southeast Asia On Screen, published by Amsterdam University Press in 2020, he described De Leon as local cinema’s only living master, who helped define the second golden age of Philippine cinema, or those that came out from 1975 to 1984.

De Leon said he also discussed in Last Look Back the plan to finish what would be his last film, tentatively titled Sa Bisperas. He said it is totally different from Unfinished Business, which from the look of it and as the title itself implies, would be his “forever unfinished film.”