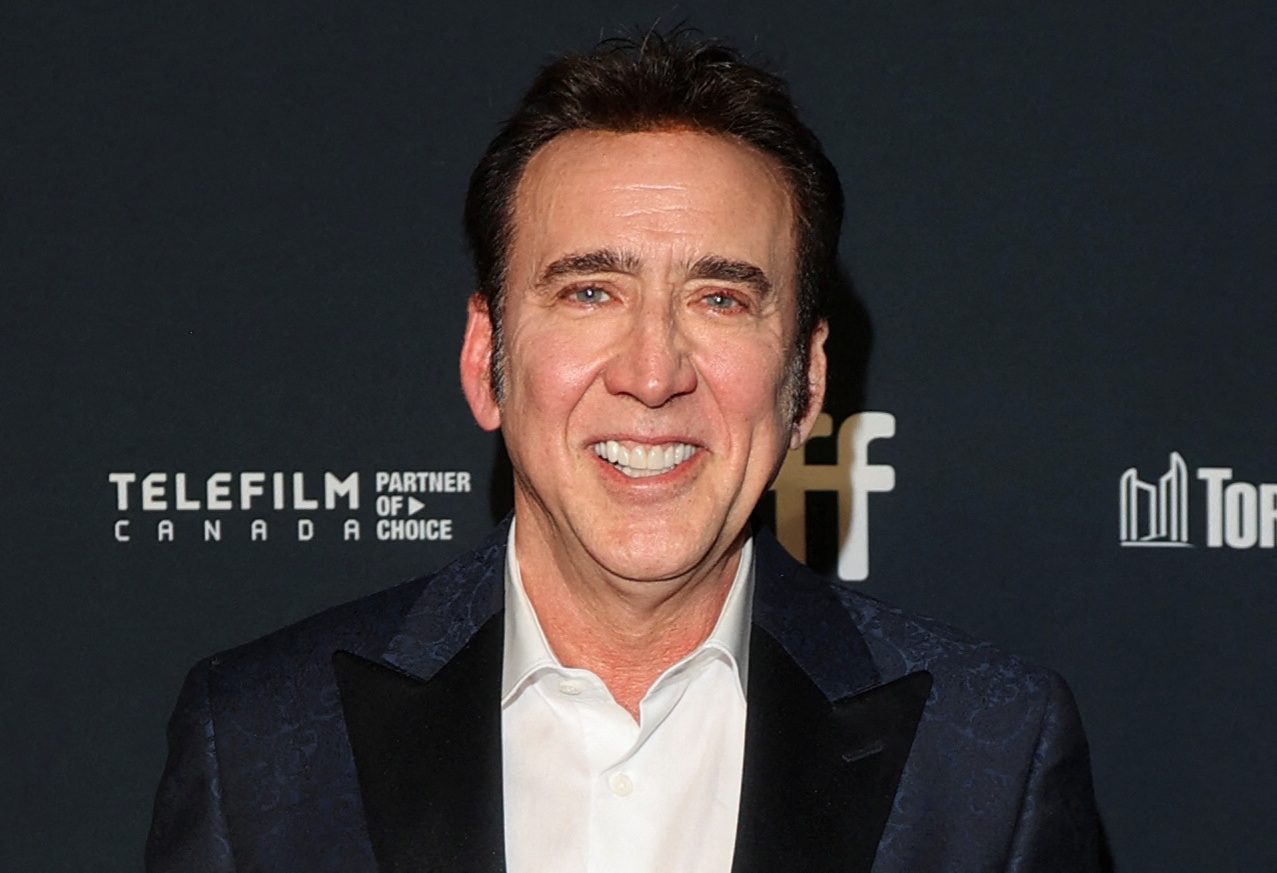 TORONTO, Canada – Actor Nicolas Cage, returning to the big screen as an antihero with Butcher’s Crossing, said playing a ruthless buffalo hunter allowed him to tap in to aspects of the human condition that can sometimes lead people to commit atrocious acts.

Based on the 1960 novel by John Williams, Butcher’s Crossing follows young Will Andrews (played by Fred Hechinger) who drops out of Harvard to find himself. He ends up on a buffalo-hunting expedition where he encounters Miller (played by Cage), an experienced hunter and mountain man.

“It is a different character than I am,” Cage said on Friday, September 9, at the movie’s premiere at the 47th annual Toronto International Film Festival.

“I want to learn every time and challenge myself, but he is doing some pretty atrocious things and it is hard to watch,” Cage said, referring to his character. It is not so much that Miller is a villain, said Cage, “But it is the energy in all of us, the win-at-all-costs and misguided ambition is what this is all about.”

Commercial hunting of the American bison or buffalo led to the near-extinction of the species in the late 19th century.

Cage, 58, is known for films including Moonstruck, Peggy Sue Got Married and Con Air.

He and his Butcher’s Crossing co-star, Hechinger, said they kept returning to the original novel whenever they were in doubt.

“I learned from Will how his naivete and sort of feeling that thinking he is on a personal journey but becomes a pawn,” Hechinger said on Friday.

He added that Cage’s support and encouragement helped him ease in to his role. “I was really lucky, Nick is one of my favorite actors of all time. But he instantly treated me like a peer and that was the kindest way to take away my nerves. So we sort of rolled up our sleeves and got to work.” – Rappler.com