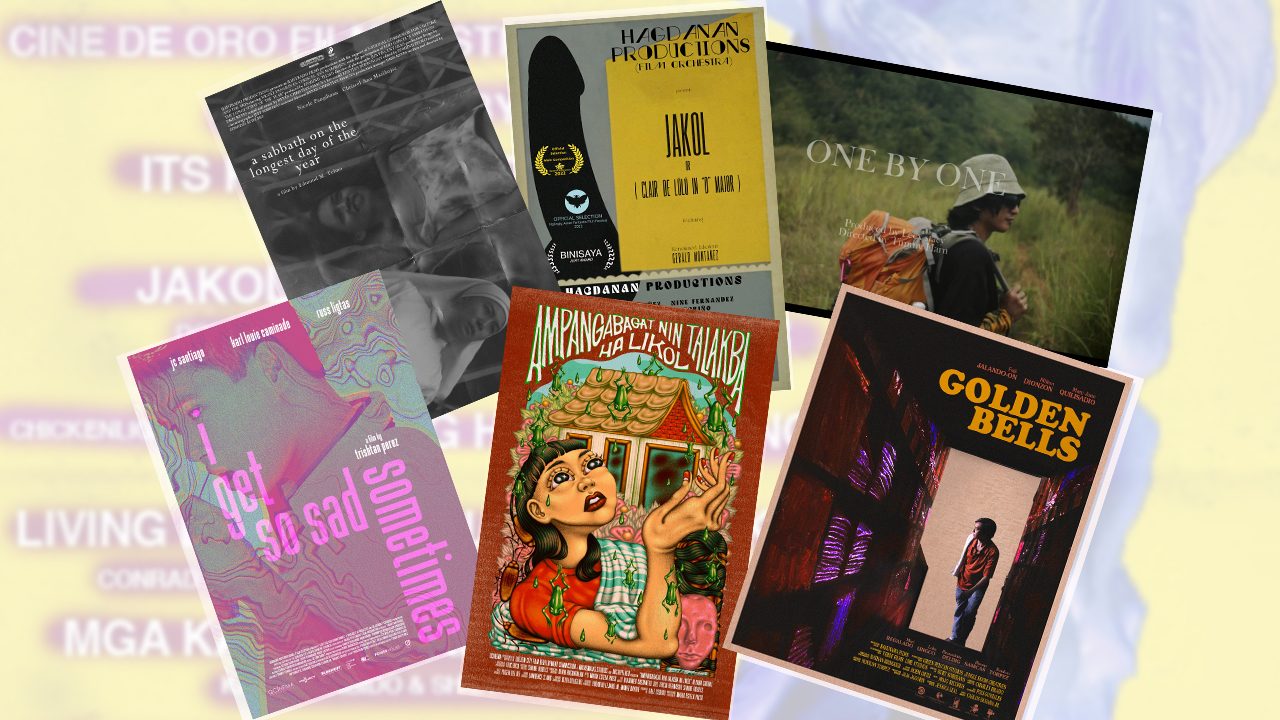 In a fitting tribute to the breadth and scope of Filipino short films, filmmakers from both northern and southern Philippines won the top prizes at the third Cine de Oro Film Festival, which ran from December 16 to 17 at Karumata, Cagayan de Oro City.

Trishtan Perez’s i get so sad sometimes was awarded the Golden Giant Fish Award-Narrative Category “for its youthful visual style and intimate framing that capture a crucial issue of alienation and deep longing in the digital age, and for utilizing a very contemporary Binisaya which is specific to the place and generation the film portrayed, attesting to the filmmaker’s perceptive ear for vernacular language and its nuances,” the jury cited.

Perez is a regional queer writer and director from Pagadian City. He is a graduate of the University of the Philippines with a degree in Film, whose short films have screened in local and international film festivals.

Ozamiz-based Edmund Telmo was, in turn, awarded the Grand Jury Prize-Narrative Category for A Sabbath on the Longest Day of the Year.

“For its embodiment of the stark and desolate that teems with lost souls and wavering dreams, and for skepticizing the foundations of faith and reinforcing the complexities of man through bleak visual storytelling,” read the jury citation.

Telmo founded Ilustrado Films, a local group of artist-filmmakers in Ozamiz City. He is currently a film instructor in La Salle University-Ozamiz, and his past films have competed and been recognized in film festivals like the Salamindanaw Asian Film Festival and Cinema One Originals.

Golden Bells by Kurt Soberano received a Special Mention “for a strong understanding of the various elements of film, such as cinematography, acting, sound, editing, production design, and how to effectively incorporate them into the language of cinema,” the jury said.

Paiso graduated with a degree in Communication Arts in 2016 and has worked in post-production since. After several music videos and visual experiments. It’s Raining Frogs is her debut film as a director.

The film represented the Philippines at the 72nd Berlin International Film Festival in February 2022. Paiso was the first Filipina director to join the Berlinale Shorts Competition and the fourth Filipino to represent the country in the said section. She described the whole journey as “a form of baptism by fire,” considering the technical challenges and the sensitivity of the subject matter.

Ampangabagat Nin Talakba Ha Likol, the film’s original title in Sambal, is the first film in the Sambal language throughout the history of Berlinale. It tells the story of Maya, a girl from the province of Zambales who confronts her personal encounters with her haunted past.

Timmy Harn’s One X One, meanwhile, was awarded the Grand Jury Prize in the same category.

“Rather than be overwhelmed by its dense, strange, and evocative narrative, this film gains instead an arcane propulsion, energized by the limits it gives itself,” the jury said.

Harn is a Filipino visual artist whose works are mostly based on the filmmaking process, and reflect personal experiences around his historic hometown of Manila.

Dodoy Megrino’s Jakol was given a Special Mention for “expanding on its deceptively thin premise with an almost joyous, quite cinematic playfulness,” according to the jury citation.