LONDON, United Kingdom – Walt Disney Animation Studios has produced its first Oswald the Lucky Rabbit film in 94 years, creating a new animation short of the much loved character said to be a prototype for Mickey Mouse.

Oswald the Lucky Rabbit was created by the studio’s hand-drawn animation team as part of the Disney 100 Years of Wonder celebrations marking the 100th anniversary of The Walt Disney Company.

The short shows Oswald heading into a movie theatre and then finding a way to get in on the big screen action. 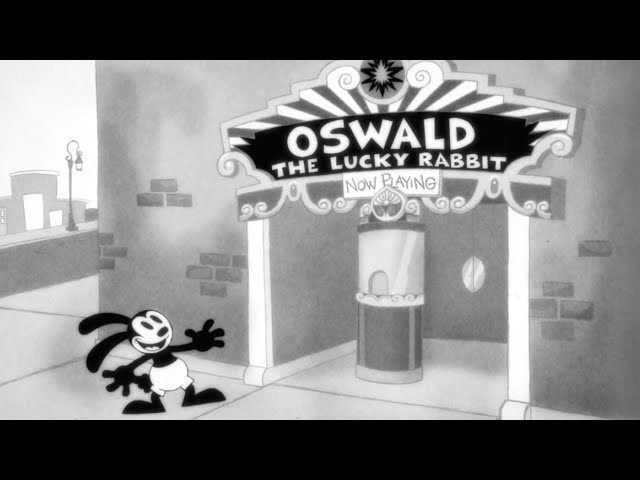 “Oswald is such a plucky scamp. We wanted to bring Oswald back, and in the short, he literally returns to his original home, the movie screen,” animator Eric Goldberg, who directed the short film, said in a statement.

“We wanted to have Oswald do all of the ‘squash-and-stretch’, ‘rubber hose’-animation style, celebrating that first generation of Walt Disney’s artists.”

Animator and producer Walt Disney created Oswald the Lucky Rabbit in 1927 for Universal, introducing the mischievous character to audiences in the short film Trolley Troubles.

Disney and his team created 26 Oswald short films, with the last released in 1928 when he lost creative control over the character. The Disney empire founder went on to create his most famous character, Mickey Mouse.

In 2006, Disney Chief Executive Bob Iger struck a deal with NBC/Universal, which allowed veteran ABC broadcaster Al Michaels to contract with NBC in exchange for Oswald appearing in Disney video games and merchandise, an animated short as well as theme parks. – Rappler.com