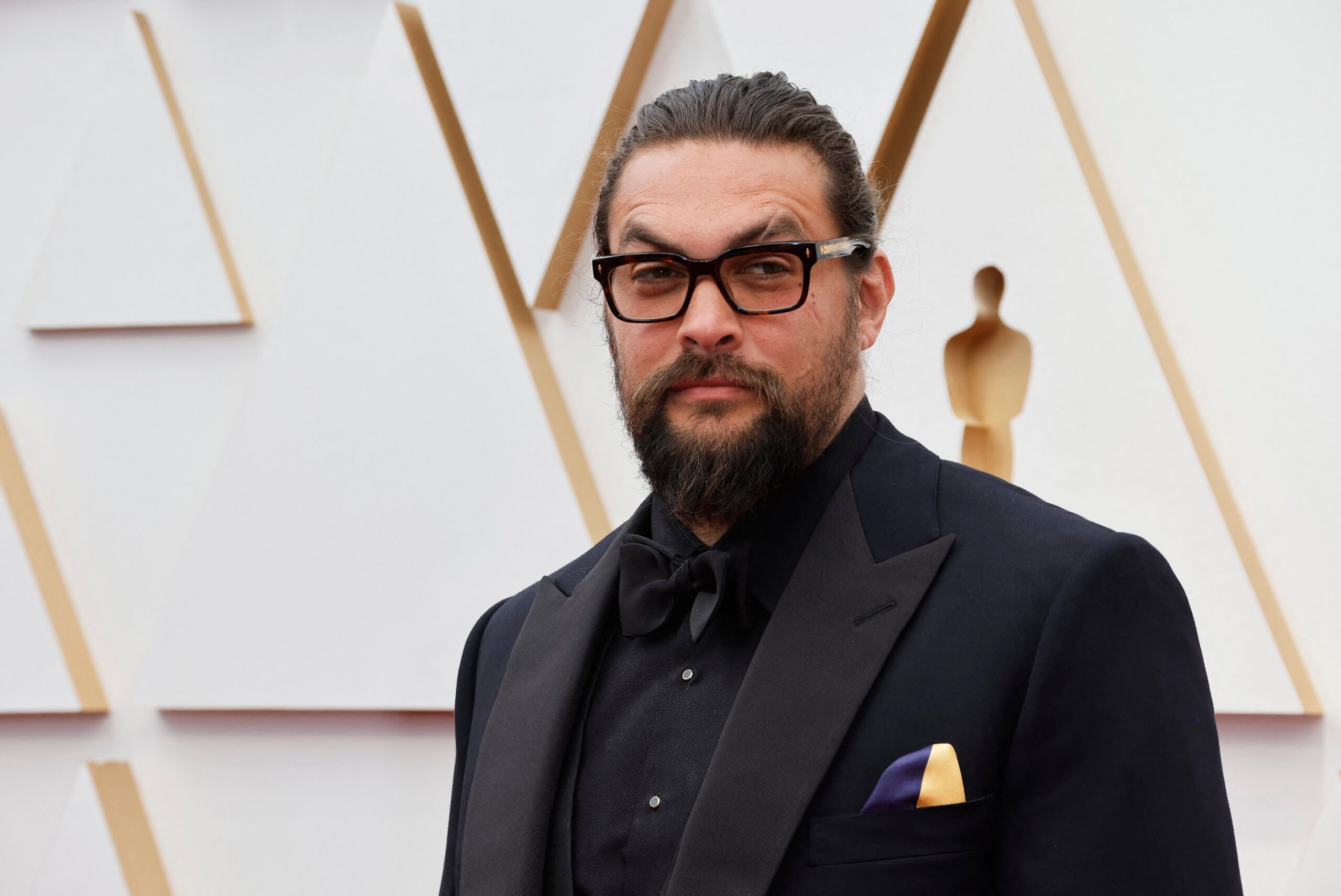 Jason Momoa wears a handkerchief in the colours of the Ukrainian flag in a show of solidarity for Ukraine as Russia's invasion of the country continues as he poses on the red carpet during the Oscars arrivals at the 94th Academy Awards in Hollywood, Los Angeles, California, USA. March 27, 2022.

LOS ANGELES, USA – Celebrities walked the Oscars red carpet on Sunday, March 27 ready to celebrate the year in movies at a ceremony free of last year’s pandemic restrictions and promising a few plot twists as well as a moment of support for Ukraine.

Jessica Chastain, Nicole Kidman and other nominees donned a rainbow of colors outside the Dolby Theatre where 2,500 gown- and tuxedo-clad attendees were expected for the 94th Academy Awards.

“My English is not enough to express all the feelings I am going through right now. It’s like a dream come true moment,” said Ahn Hwitae, one of the stars of Japanese best picture nominee Drive My Car.

A dark Western, The Power of the Dog, will battle feel-good deaf family drama CODA for the prestigious best picture prize. A win by either movie would mark a milestone by handing the statuette to a streaming service.

Netflix Inc released Power of the Dog while CODA streamed on Apple TV+.

Producers said they planned an upbeat show but will acknowledge the crisis in Ukraine, which has killed thousands and driven a quarter of Ukraine’s 44 million people from their homes. Actor Mila Kunis, who was born in Ukraine, is among the night’s presenters. Jason Momoa wore a handkerchief in the colors of the Ukrainian flag: blue and yellow.

“It’s really, really strange to be here in tuxedos, knowing what’s going on in Ukraine,” said Power of the Dog producer Emile Sherman. “It’s not an easy time trying to absorb what’s happening in that part of the world, while still celebrating the achievements of everyone who made this movie and all the movies here tonight.”

Actor Jamie Lee Curtis said she would deliver a tribute to acting legend Betty White, who died in December just shy of her 100th birthday.

After past complaints about a lack of diversity, two of this year’s four acting accolades may go to people of color. Will Smith is likely to earn his first Oscar for King Richard, awards watchers say, as is Ariana DeBose for West Side Story.

Comedians Amy Schumer, Regina Hall and Wanda Sykes will host, and it is the first time three women have guided the ceremony.

In a bid to draw more viewers, especially younger ones, after years of declining ratings, the three-hour show starting at 8 p.m. ET (0000 GMT) will add two awards, the results of fan votes for favorite film and scene.

The best picture race hinges on whether the 9,900 members of the Academy of Motion Picture Arts and Sciences back a gothic psychological thriller or an uplifting story.

Power of the Dog, starring Benedict Cumberbatch as a repressed cowboy who torments his brother’s new wife, outpaced all movies with 12 nominations. It had been considered the
leader until CODA landed top honors from the Screen Actors Guild and Producers Guild.

CODA tells the story of a hearing girl who serves as interpreter for her deaf family but longs to pursue a career in music. CODA is an acronym for “child of deaf adult.”

A traditional Hollywood studio could score an upset. Awards experts give an outside shot to Kenneth Branagh’s Belfast, a film inspired by his childhood in Northern Ireland at the onset of the sectarian conflict known as the Troubles, or Steven Spielberg’s West Side Story remake.

Best actress is the most unpredictable. Many experts say Chastain’s portrayal of TV evangelist Tammy Faye Bakker will triumph, though some give the edge to former Twilight vampire Kristen Stewart for playing Princess Diana in Spencer.

In supporting actor categories, Afro-Latina actress DeBose is expected to prevail for her portrayal of Anita in West Side Story. CODA star Troy Kotsur could make history as the first deaf man to win an Oscar. – Rappler.com