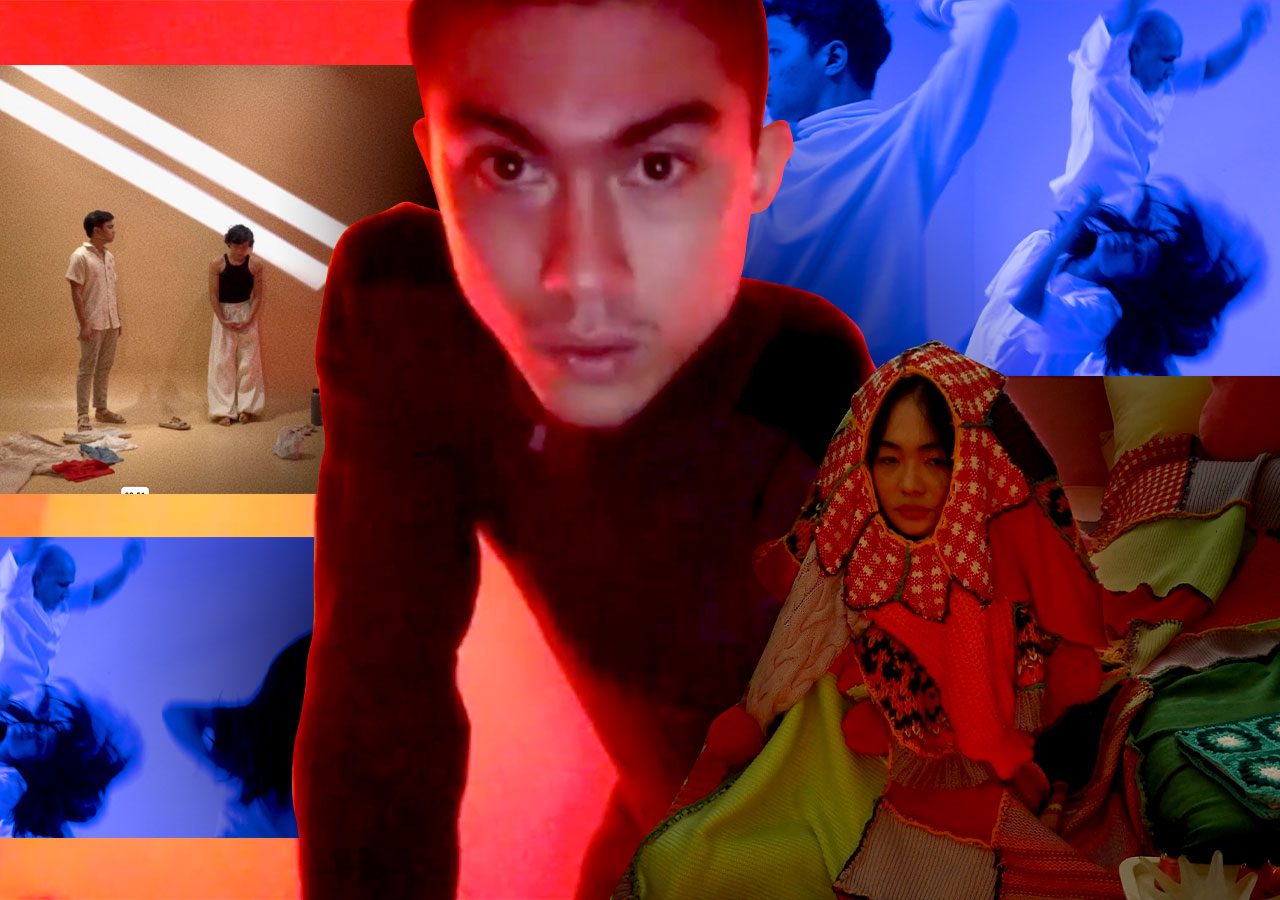 Manila-based gallery and creative content group Tarzeer Pictures also offers early appetizers for the local audience, boasting a slate of Filipino short films that finds a common thread in how they craft a snapshot of our zeitgeist, reinforce dance as a cinematic space, and confront head-on the liminality of contemporary life.

Here are my insights on the four-film roster, forgoing the need to rank them but instead listing and discussing them in the order that I’ve consumed each film:

Recently, news of climate change activists allegedly damaging world-renowned artworks, such as Vincent van Gogh’s The Sower and Sunflowers and Sandro Botticelli’s Primavera, have been sparking conversations online, interrogating the museum industrial complex, the liberal tendencies of this protest strategy, and the supposed threshold of civility that dictates what protest acts must count as “good activism.”

Temporary Fix negotiates with this premise as the film follows a group of performance artists who devise a ploy to smear cake on Leonardo da Vinci’s highly-valued Mona Lisa. The film teems with life by trading dialogue for dance as the medium of its narrative, depicting how body language is just as evocative as the spoken one — an artistic decision elevated by its visual acuity and frenetic editing.

A scene in the middle of the film where the group dances under alternating lights brings to mind the hypnotic opening dance sequence in Kogonada’s sci-fi drama After Yang (2021), thanks in large part to Madge Reyes’s choreography and Daniel Cho’s original music.

But when the energy dies down, one cannot help but feel how fleeting the viewing experience is and how shorthanded the film’s critique comes across, like a temporary piece that could use some more calibration.

We Kept Warm (written and directed by Apa Agbayani)

In a burning world, how do we keep warm? This is the Sisyphean challenge that Apa Agbayani’s We Kept Warm weighs up. Combining intimate storytelling with an assured visual language, particularly through Sasha Palomares’s camerawork and Whammy Alcazaren’s production design, the director uproots the ethos of our current social condition, of a world caught in the throes of waiting.

We see Nemo (played remarkably by Cindy Lopez) attempt to translate her grief into a shared language. But like the sweater that she knits, she begins to realize she is pulling at loose threads, unraveling the fragility and uncertainty of her sheltered life. Yet Nemo soldiers on, even when destruction charges like wildfire.

Armed by Augie Balignasay’s VFX, Agbayani’s rendering of the window, where Nemo often looks out from, is a wise artistic decision, as it becomes a site where the protagonist’s internal turmoil gets juxtaposed against the madness of the outside world, where memory and forgetting intersect.

Of course, it’s convenient to file We Kept Warm under the library of pandemic films. But by not trying to be something it is not, the film manages to extend its emotional heft into universal themes, effectively creating a tapestry of our ever-volatile zeitgeist, never mind the sentimentality.

So when Nemo gets overwhelmed by her grief amidst her helplessness, we also allow ourselves to be consumed by it. We sit still and find comfort in silence, slowly recognizing the small aches we have long harbored in hopes of healing from it.

The first thing you will notice about Jed Gregorio’s Faun is how it owes its structure to Zoom cinema, with the camera often placed before the subject, steady and static, resembling homemade footage. Divided into three acts, the film reimagines the story of the titular mythical creature through “a study of masculinity performed in the midst of oneself,” as its logline warrants.

We observe the faun (played by Karl Rummel) kill time within the confines of his room, converse in front of a camera without hearing who’s at the other end of the line, and bare his vulnerability through dance, as if trying to navigate a zoetrope of madness in times of isolation.

But while the film interrogates an interesting premise, one cannot ignore how its visual language fails to keep up with the weight of its text, which, to some extent, is a production constraint. If anything, the preceding imagery limits, in many ways, what translates onscreen instead of building upon it. It also does not help that the film feels the urge to unveil its subtext, diluting its nuance, wittingly or unwittingly.

In the end, Faun comes off as more imagined than tangible.

What’s immediately compelling about Lem Atienza’s thesis film is its sense of completeness. Burgeoning ballet dancer Abril (Tommy Alejandrino) preps for a critical audition. But when he misplaces an anklet gifted by his love interest Julian (Carlos Dala), who died in a car accident, Abril is forced to come to terms with his tragic past, halting his performance altogether.

While the script and the acting from the two leads still require some fine-tuning, Moving Remnant succeeds in weaving a drama that hinges on a strong emotional core. The cinematography, wielded with precision by Michael Derwin Musni, provides the film with transfixing images at every turn, especially when the camera stays on the characters’ faces, allowing the ripples of emotions to linger further and deeper.

The spaces in which the story operates adds more nuance and texture to the film. As Atienza notes in the accompanying discussion about his creative process, the Metropolitan Theater and Nude Floor, which have endured many heavy hitters, inform the changes that Abril goes through, extending him compassion and a site to process his grief and, in the same breath, unlocking conversations about identity, history, politics, and memory.

This journey culminates in a soulful choreography by Joshua Enciso, who also doubles as the mentor, as Alejandrino turns in a devastating yet beautiful dance performance, sketching Abril’s catharsis — his making and unmaking — and narrowing the gap between past and present, just as the closing frame offers the lead character breathing space, a possibility to begin again. – Rappler.com

All films are streaming for free on the Tarzeer website.