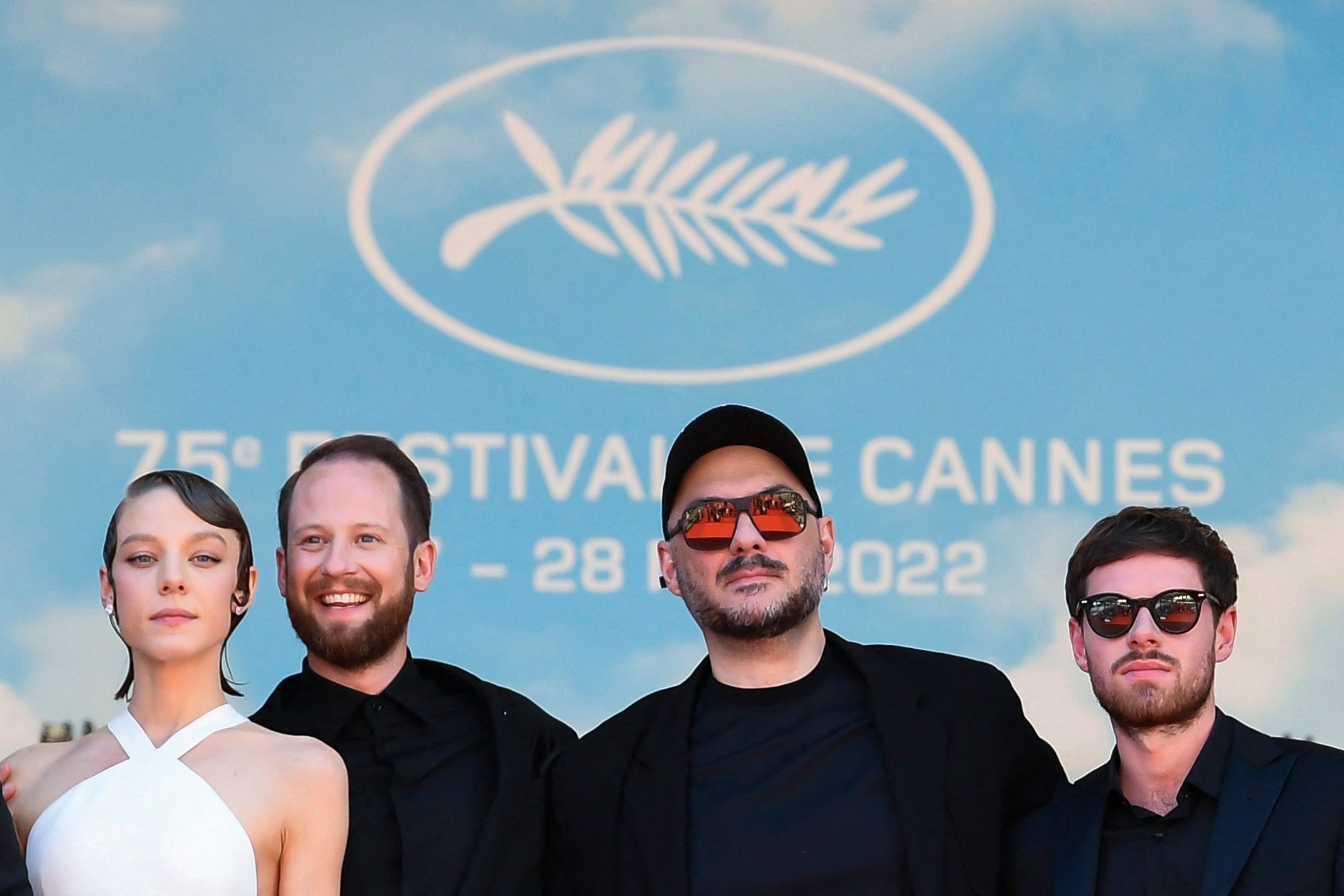 CANNES, France – Exiled Russian director Kirill Serebrennikov spoke out against the war in Ukraine following the global premiere of his film Tchaikovsky’s wife, at the Cannes Film Festival on Wednesday, May 18.

“No to the war,” he said in Russian, as he received a standing ovation for his 19th century drama, the only film entry by a Russian director.

Festival organizers banned official Russian delegations from the event and invited Ukraine President Volodymyr Zelenskiy to address the opening ceremony live from Kyiv. He urged the industry not to be silent about the conflict.

One of 21 films vying for the coveted Palme d’Or prize, Serebrennikov’s movie highlights the destructive marriage of Russian composer Piotr Tchaikovsky to a young woman.

It traces the transformation of Antonina, played by Alena Mikhailova, from a pious and determined suitor to a rejected spouse in an ill-fated marriage.

Tchaikovsky, who prefers the company of men, is portrayed as a troubled and charismatic genius, repelled by his young wife and his decision to marry her. – Rappler.com