Sandra Bullock, Channing Tatum bond over humor and action in ‘The Lost City’ 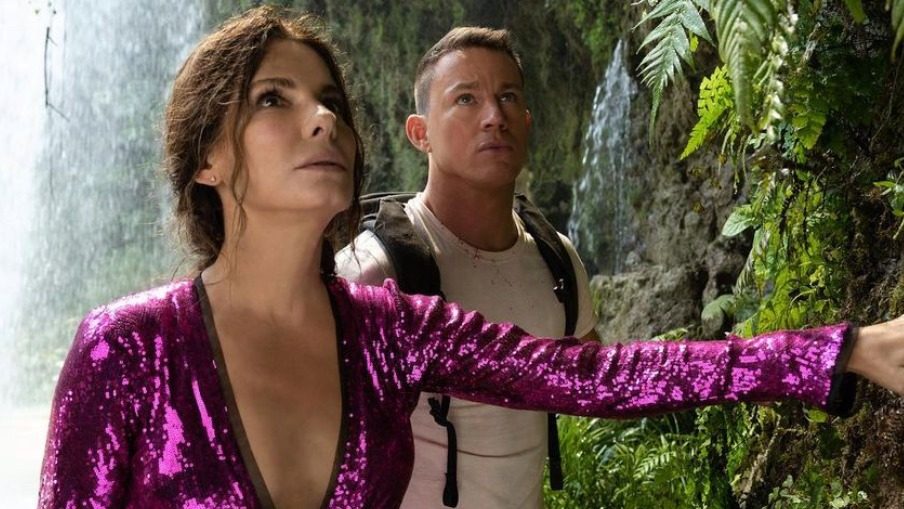 Facebook Twitter Copy URL
Copied
The two Hollywood stars say they got close after filming their new comedy together, connecting over their shared 'juvenile sense of humor'

The romantic comedy adventure stars Bullock as Loretta Sage, a successful novelist who becomes a recluse after her husband’s untimely death. Persuaded by her publicist to embark on a press tour to promote her latest book with her handsome cover model Alan (Tatum), life starts to imitate her art when an eccentric billionaire, played by Daniel Radcliffe, kidnaps Sage, convinced she can lead him to an ancient treasure he believes is buried on a tropical island.

Alan springs into action to rescue Sage, helped by his mysterious acquaintance Jack Trainer (Brad Pitt) and a high-adrenaline escape through the jungle ensues.

“We’re very similar, oddly,” Bullock said of Tatum, as they premiered the film in London on Thursday, March 31.

“We discovered that and it confused us. It was a little perplexing as to why are we so similar. But our sense of humor is just very sophomoric and we take care of each other,” Bullock, who also produced the movie, told Reuters.

“She’s like my sister. We’re like siblings. We have a whole backstory that we were created in a petri dish together and they put her out first to see how she was going to do. And then once she survived, they put me out. We were just separated at birth, really,” said Tatum.

The Lost City was filmed in the Dominican Republic during the pandemic, with Bullock dressed in a sparkly sequined pink jumpsuit and high heels throughout the action scenes that see her rock climbing, swimming in leech-infested rivers and wading through vegetation.

“I love being physical, especially with comedy, it’s always funny. I’m a physical comedian. I don’t do as well with just words and not having something to do with my body. I love it. As long as you can do it, do it,” the 57-year-old actor said.

Directed and co-written by brothers Adam and Aaron Nee, The Lost City debuted at the top spot at the North American box office last weekend, overtaking The Batman, and is being rolled out globally in March and April. – Rappler.com