It's evident that Veronica Velasco and Pablo Biglang-awa’s Single/Single: Love is Not Enough is quite a burdened film.

As a continuation of the trailblazing television series Single/Single, it introduces a sudden shift in intention.

The series, directed by Pepe Diokno, written by Lilit Reyes, and co-produced by Philippine Star, taps on the pervading attitudes of millennials who are slowly being introduced to adulthood, where the gnawing need for work and money invade on their sense of generational privilege.

The show makes a lot of sense. It is very relatable, with its characters echoing work, life, and romance-related dilemmas that rarely feel artificial. Even its profit-making endeavors as shown by the several ad placements for condominium units and life insurance packages gel seamlessly with its themes.

Love is Not Enough immediately hinges its narrative on the issue that ends the show.

In a grand gesture of unconditional love, Joey (Matteo Guidicelli) declares that he wants to be with former housemate Joee (Shaina Magdayao) despite her being pregnant with another man’s baby. The film, still written by Reyes but now with the help of Jinky Laurel, focuses on the challenges of motherhood under such a unique domestic setting. 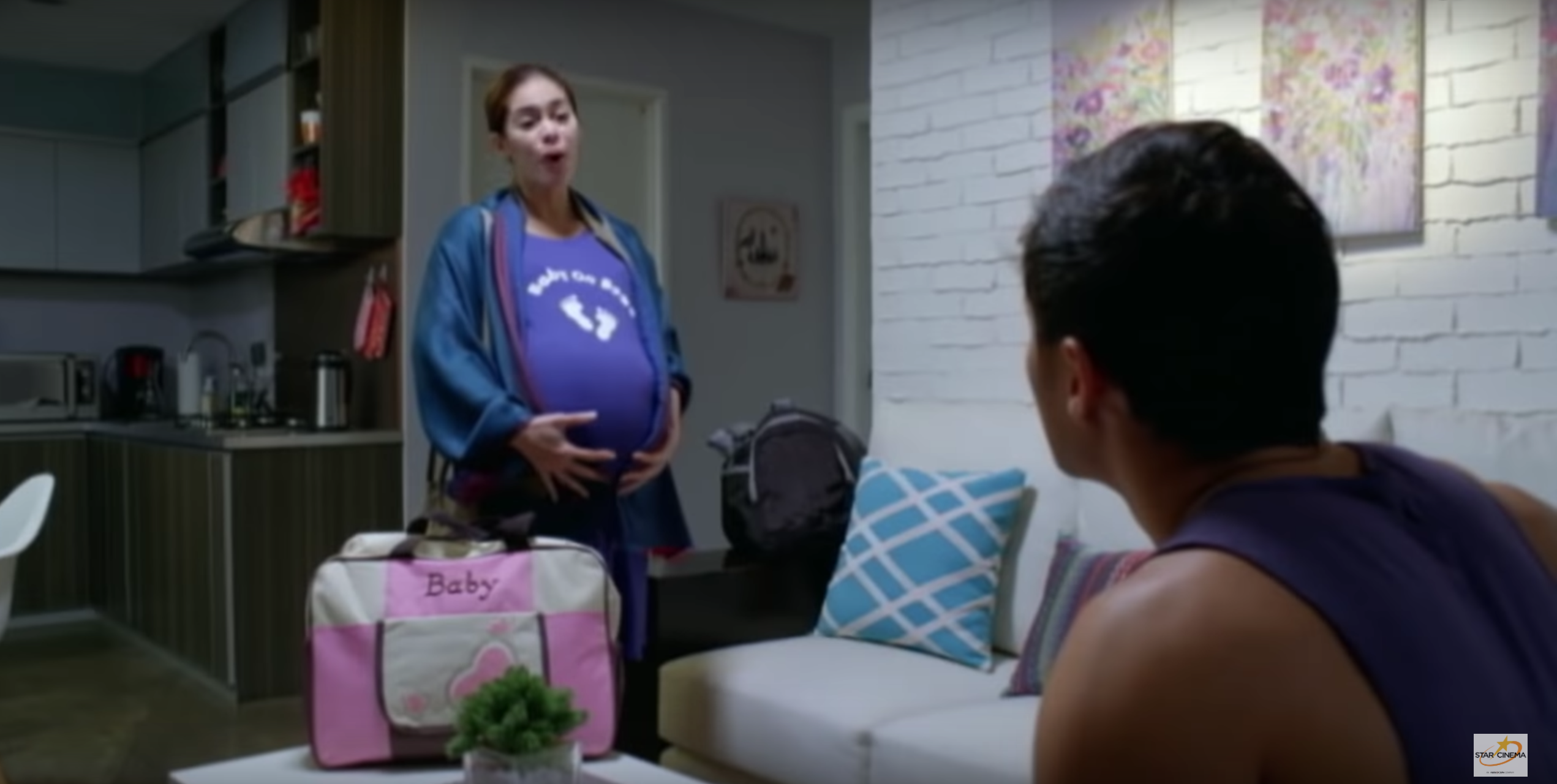 YOUNG MOM. Joee finds herself pregnant with her ex-boyfried's baby. Joey takes on the responsibility to be the dad.

The film does offer invaluable insights on a situation that while not exactly endemic to the specific generation that Single/Single touches on is germane to it.

The more relaxed societal attitudes towards unconventional relationships allow Velasco and Biglang-awa a certain leeway to remove societal pressures from the equation and concentrate on more personal issues. For example, the emasculating effect of Joey’s not being able to properly provide in the face of another option for Joee to simply rely on her baby’s father (JC Santos) is a nice addition to the gamut of ideas that the Single/Single storyline has already introduced about the generation. 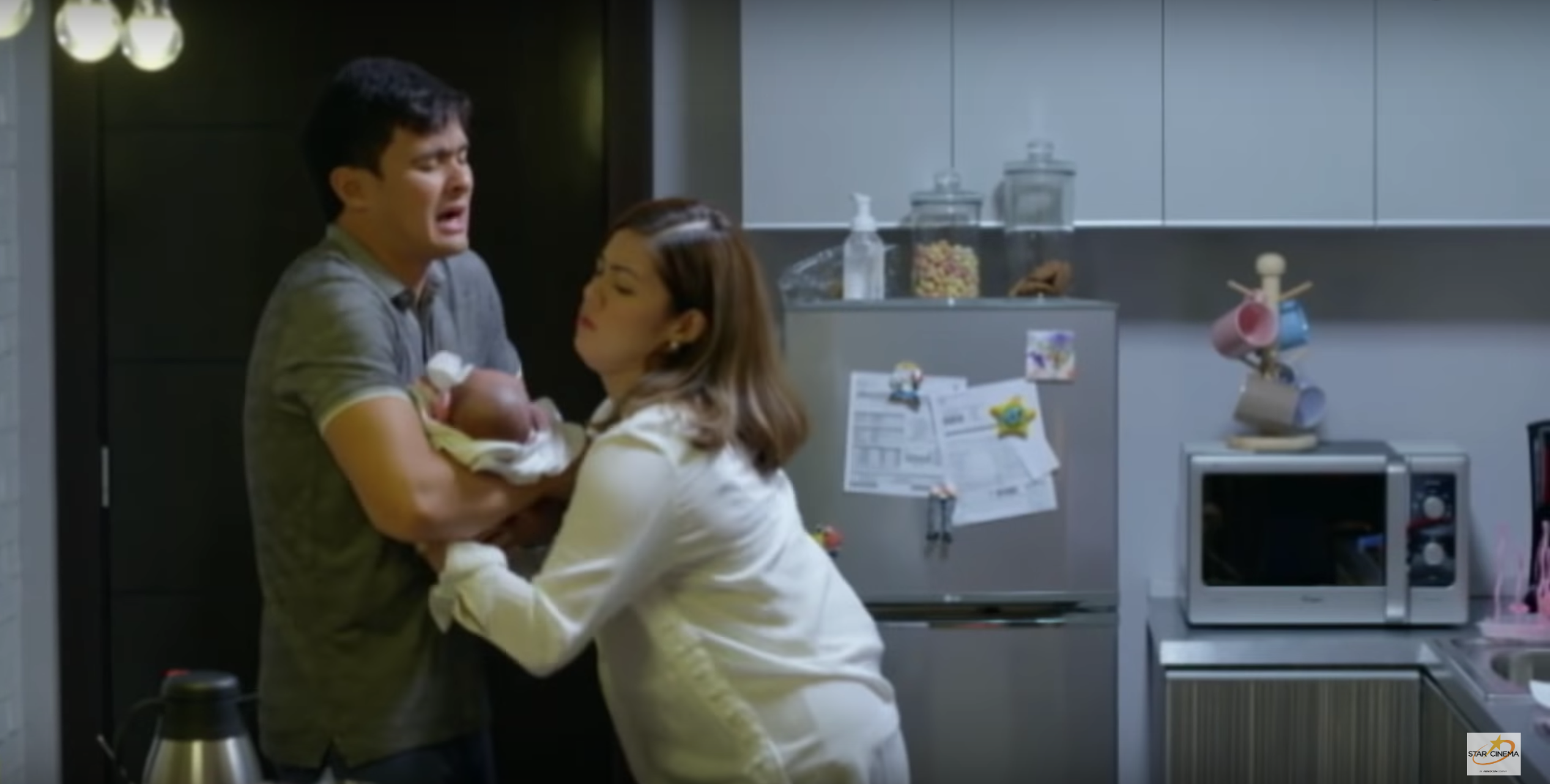 STRUGGLES. Joey and Joee discover that being parents is not easy at all.

Unfortunately, because of the opening of the film to many more experiences on top of the ones that it has to sustain from the series, it also feels lacking in focus, with the narrative jumping from one issue to another without the benefit of a clear structure. This could have worked within the frame of a series where viewers are expected to sustain their interest in between clearly-cut episodes, but within the frame of a film, the issues seem haphazardly scattered, hampered by a need to fast-track their resolutions.

Moreover, the film feels like it needs to incorporate the show’s very verbose methods but in a more cinematic or exaggerated manner, resulting in scenes that feel unwieldy and forced.

All the performances are also now needlessly larger, betraying the very organic feel that made the show such a surprise within the context of locally-produced television dramas. 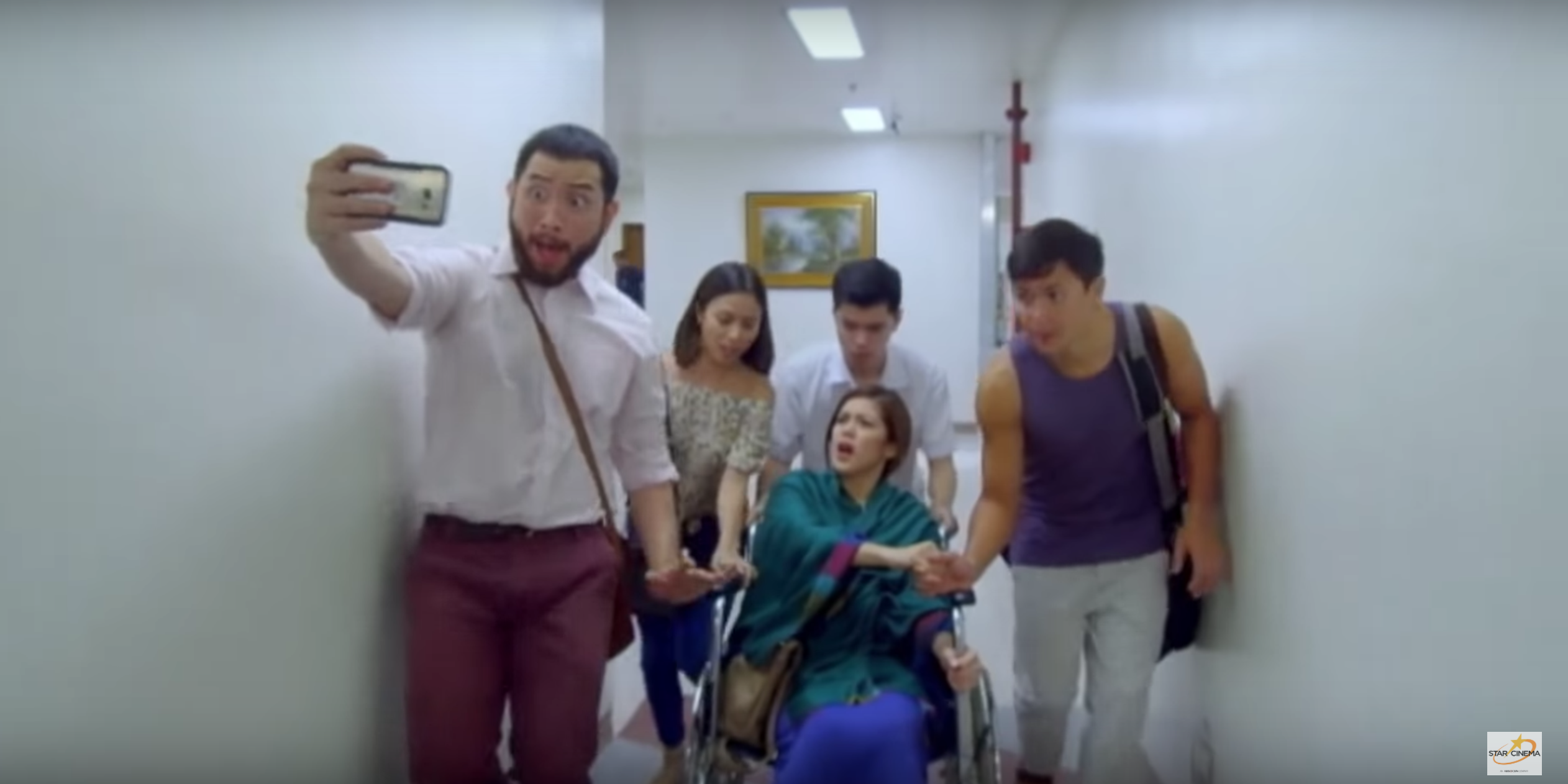 BABY ON THE WAY. The couple's friends accompany Joee, who is set to give birth.

Simply put, the show’s transition to the big screen is awkward.

It is dull when it should be vibrant and colorful. It is sitcomic when it begs to be elegant and subtle. – Rappler.com