‘Smaller and Smaller Circles’ review: Deserves to be seen

Rot is a constant presence in Raya Martin’s Smaller and Smaller Circles.

It is most apparent in the scenes where we see the inglorious spectacle that is the Payatas trash dump, where select children are violently killed, with their faces, hearts and genitals removed with surgical precision, and then dumped like garbage.

It is in the trees that populate the area surrounding the office of Gus Saenz (Nonie Buencamino in probably one of his most nuanced performances), the Jesuit priest who along with his protégé Jerome Lucero (Sid Lucero) was recruited by the local crime bureau to solve the series of murders. It is also inside Father Saenz, inside his mouth where a rotten tooth is causing him much discomfort, except that he unreasonably refuses to have it extracted by a dentist.

More damningly, it also exists everywhere: in the crime bureau that is riddled with media-hogging opportunists, in the church that sees it more important to protect its so-called credibility than to seek justice for child abuse victims, in the social circles of the rich and influential who are all too ready to carry their weight around, should their fragile egos get hurt, and in the humble families who can’t help but remain quiet amidst the barrage of abuses their children have to face. (READ: Smaller and Smaller Circles: The reflection of the times)

Martin’s film, a faithful adaptation of F.H. Batacan’s beloved novel, is set in the late 90s, with the film putting quite an effort to precisely portray an era where cellular phones are a luxury, internet is slow, and face-to-face conversations are preferred over mobile communication.

Perhaps one of the most impressive things about the film is that despite the period accuracy, it never feels like it is too beholden to the past that it becomes stuck to it.

Smaller and Smaller Circles isn’t a film whose sense of urgency has been washed away by its preoccupation with nostalgia. It never feels archaic, and its message is hardly obsolete. The fact that it is as pertinent today as it was during the time it was set in simply means that the issues of both systematic and other forms of oppression that it confronts are not trapped in time. 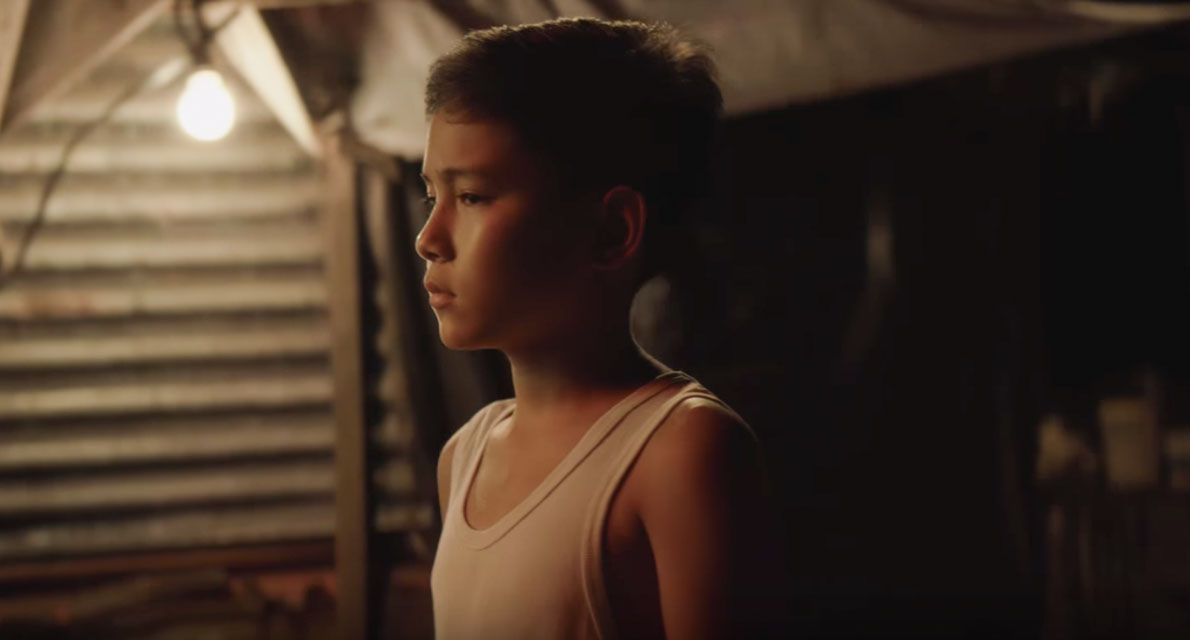 Children are murdered, with their their faces, hearts and genitals removed with surgical precision, and then dumped like garbage

It is adamantly a genre film, with Martin and screenwriters Ria Limjap and Moira Lang plotting the details of the investigation with the needed rigor to ensure that the mystery is staggered up to the important reveal.

However, to simply regard Smaller and Smaller Circles as a moody crime thriller, which it is, is unfortunately a failure at seeing the bigger picture that Martin so evocatively demonstrates through the sordid and roundabout route the two protagonist priests have to take to solve the murder mystery.

The film, by way of a fictional story of two clergymen at the helm of solving a vile crime, navigates the dark heart of a country that has been fractured by the very institutions that are supposedly its guardians. In a way, the film throws away the very concepts of good, evil, heroes and villains that seem part and parcel of most crime thrillers, and instead pits ordinary men, as Father Saenz puts it, when his comrade argues that he is not a crusader, trying their best to make a dent in a society where it is a struggle to be decent and upright.

Smaller and Smaller Circles is an elegant and polished film from start to finish.

While most of the film is shot within offices, corridors, hallways and laboratories, cinematographer J.A. Tadena sees to it that the mood is always suspiciously somber by framing and lighting the scenes to evoke a certain sense of disarray despite the supposed order of whatever bureaucracy is being depicted.

When the film moves out of enclosed spaces, such as when it shows the children being killed, the film still manages to be oddly consistent in tone, making it feel that whatever it is that is happening within the closed doors is intertwined with the squalor and atrocities that is apparent outside. 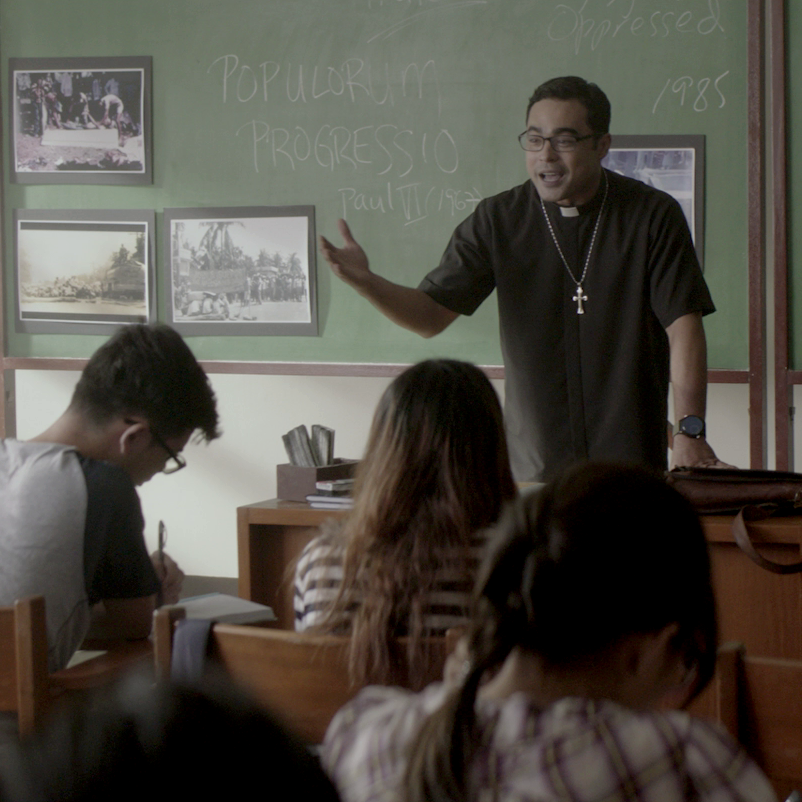 Smaller and Smaller Circles thrives in connecting the dots that seem to be disparate.

It pieces together all of the social blights, from the problematic bureaucracy of the government to the self-serving structure of the Catholic Church, to create a sublime impression of a fractured nation whose most pronounced evils are not isolated concerns but products of corruption that systematically seeps into each and every person’s psyche.

Intriguingly, the film does not portray its serial killer with predictable contempt but with the same concern as it gives all other victims. It seems that Martin has opted to shift judgments not towards specific characters but specific flaws that plague the country.

More complex than it seems 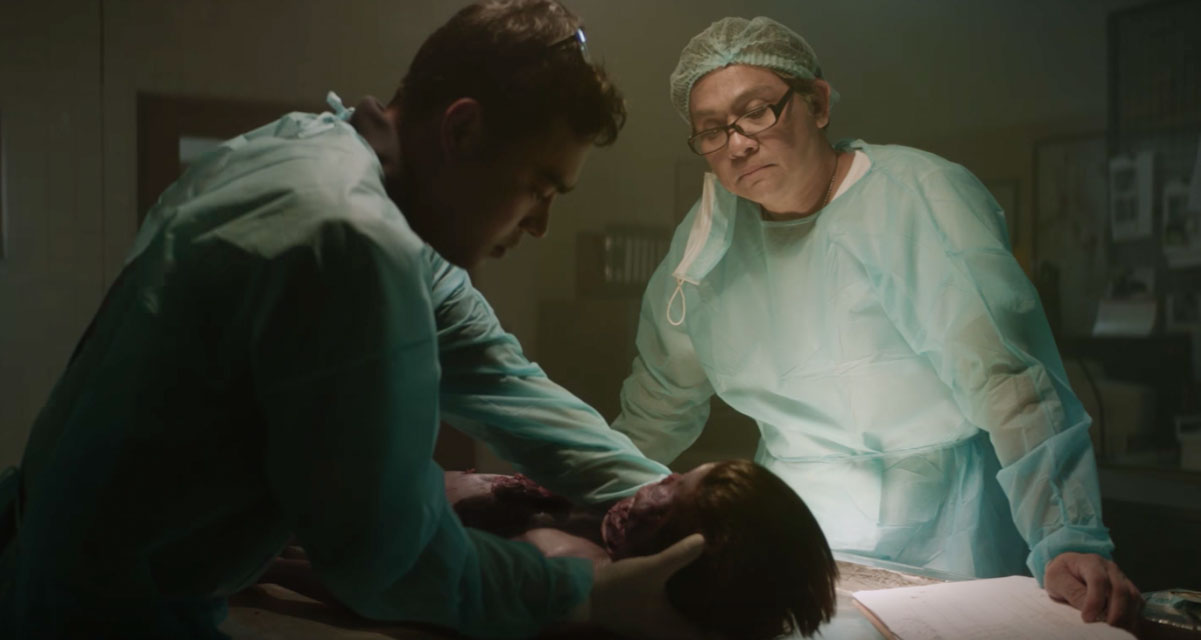 Smaller and Smaller Circles is more complex than it seems.

It takes on the gargantuan task of carrying the burden of exposing the rot that has endured in society by virtue of tolerated oppression all through a seemingly commonplace crime procedural. It is an eye-opener of a film, one that needs to be seen more than once because it transforms each time you see it. – Rappler.com

Francis Joseph Cruz litigates for a living and writes about cinema for fun. The first Filipino movie he saw in the theaters was Carlo J. Caparas' 'Tirad Pass.' Since then, he's been on a mission to find better memories with Philippine cinema.