In an interview, George Lucas, who masterminded Star Wars in 1977 and turned it into a lucrative pop culture franchise, said something that is half profound and half a convenient excuse for his work’s curious lack of originality.

“The story being told in Star Wars is a classic one. Every few hundred years, the story is retold because we have a tendency to do the same things over and over again.”

The stories being told in Ron Howard’s Solo: A Star Wars Story are classic ones.

The film opens in what could have been an outer space variation of Charles Dickens’ Oliver Twist, with Han (Alden Ehrenreich), a thief who is planning to escape the syndicate with his beloved Qi'ra (Emilia Clarke), being chased around tight alleyways by humanoid thugs and barely making it out of the planet. Unfortunately, it is without Qi’ra who he promises to return for.

What happens after is a constant shape-shifting, with the film morphing from being a spectacle-filled heist to a chaotic prison escape to a quasi-weighty western. (READ: Alden Ehrenreich forges his own Han in 'Solo: A Star Wars Story') 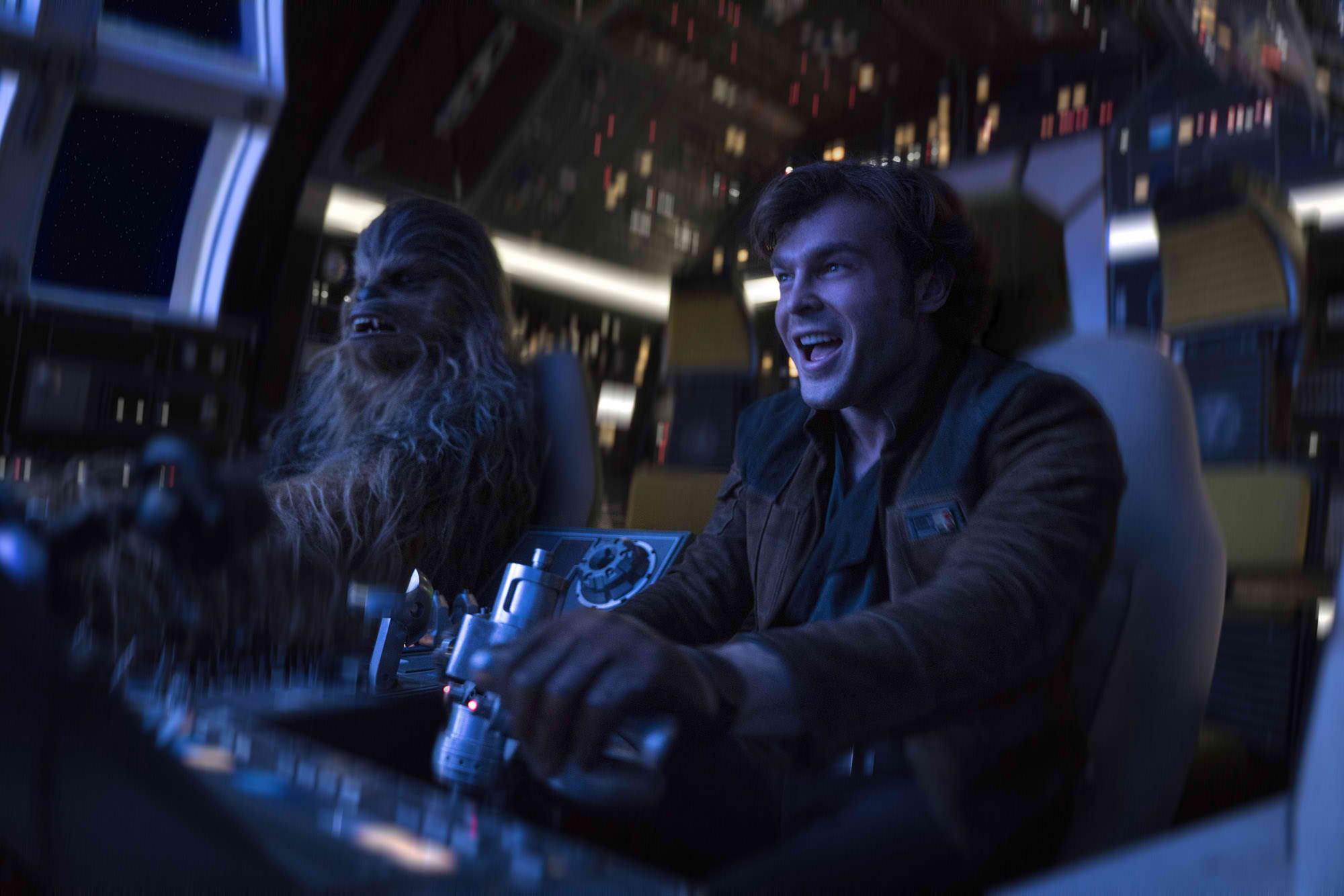 PARTNERS. Han and his partner Chewbacca take on an adventure of a lifetime.

It is a reasonably enjoyable romp.

Howard, who was tasked to complete the film when The Lego Movie-directors Phil Lord and Christopher Miller left the project midway, assembles all the set-pieces with nary a hiccup. Solo is as efficient as a Hollywood blockbuster can be.

Its characters, from the nobly enterprising Han to his rough-on-the-edges but fatherly mentor Beckett (Woody Harrelson), are all chiseled from stereotypes, with their moral ambiguities conjured not because it signals the franchise’s propensity for risk-taking and relevance but because vagueness is just part of the signs of the times that Star Wars has been aiming for post-Lucas. 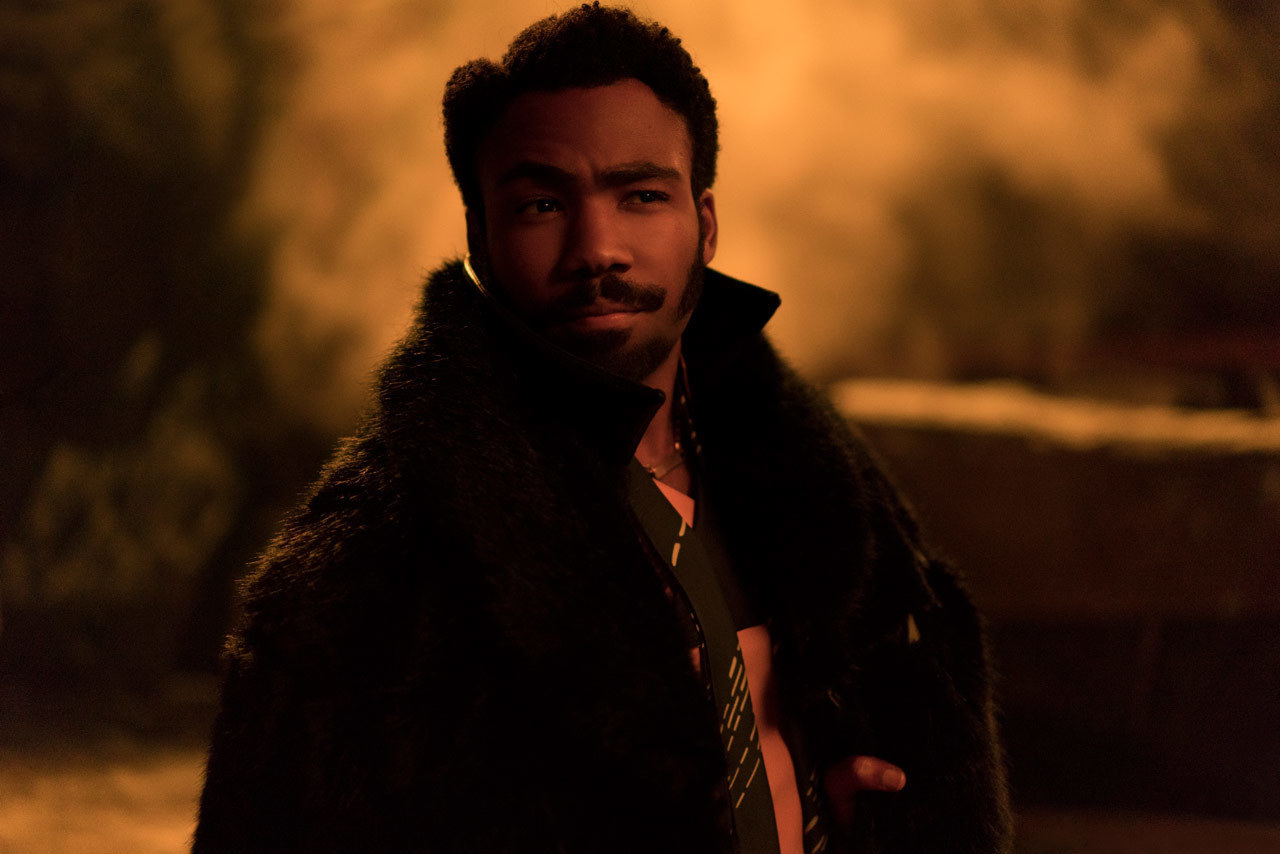 Think of it as part of the formula that the Star Wars universe is attempting to foster for commercial longevity. If one wants to give the billion-dollar franchise more intellectual merit than it is due, think of it as part of a blueprint to complete the mythology, to carve a universe that not only has gods and demons but also mortals with fractured moralities.

Slowly, it is veering towards being stories of the masses rather than the anointed heroes, with its latter installments centering on the valor of nameless rebels in a suicidal mission in Gareth Edwards’ Rogue One: A Star Wars Story (2016) to this, a clever refurbishing of a favorite character’s backstory. The clear-cut lines between good and evil, between the Jedi and the Sith, are all things of the past. 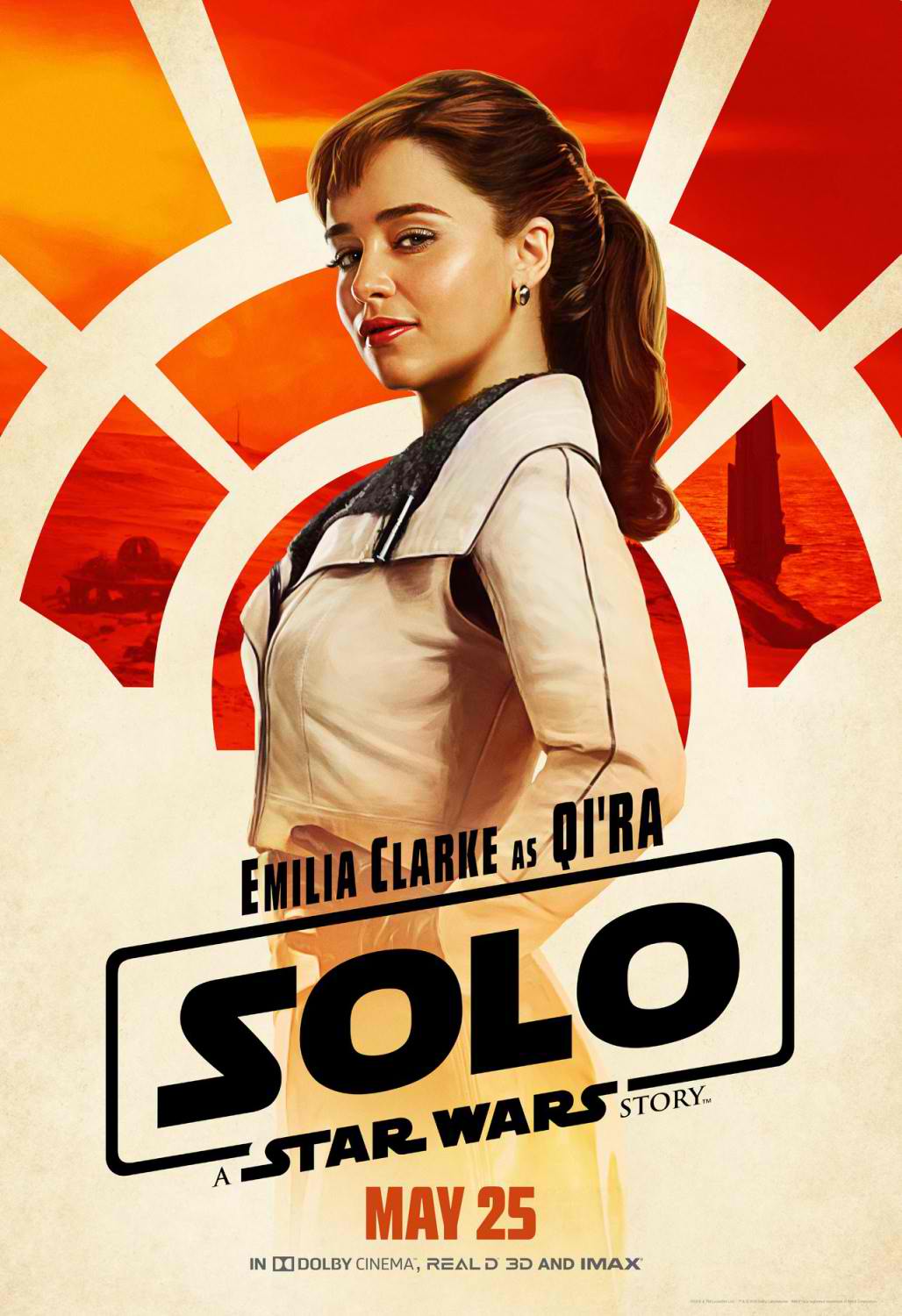 BEFORE LEA. Emilia Clarke as Qira in Solo: A Star Wars Story.

Now, the biggest problem of Solo is not its being a mishmash of repeated narratives. It is its refusal to be anything more than a redundant piece in the puzzle.

There is never a sense of the film being a resounding vessel of the laudable and timely slogans it brandishes. When the L3-37 (voiced by Phoebe Waller-Bridge) liberates all the robots in one of the many remote planets Han’s crew has to visit, the pervading emotion is not one of pride or deliverance, but shallow drollery.

It doesn’t help that the kind of action that Solo perpetuates is uneventful, the one that relies not on physicality but on the use of too much lasers, sounds and other soulless special effects.

It is also apparent that Solo borrows from Sergio Leone’s The Good, the Bad and the Ugly (1966), where gun-slinging bounty hunters traverse a land ravaged by war, with how a seemingly innocuous genre elegantly reveals a world rife with strife and oppression.

In Howard’s film, Han and his team are exposed to the injustices their singular objectives have blinded from only near the end, when they are suddenly faced with a decision to supplant their personal ambitions for the greater good.

However, Solo is shy to visualize the inequity, relying mostly on the lore and legacy of the franchise for ethical heft of that important counterpoint. The film, like most of the other Star Wars stories, never evolve to being just imaginary appropriations of real world pain. It lacks the guts.The film just doesn’t aim for immortality. The emotions it evokes are for erstwhile delights, ones that evaporate as soon as the next spectacle arrives. 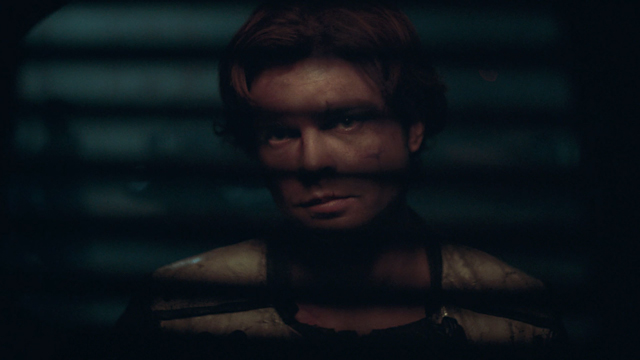 THE ADVENTURE. Han is ready for his destiny.

Solo partially proves the accuracy of Lucas’ statement. Every few years, stories do need to be retold. However, the underlying thrust of the repetition that Star Wars aims for seems to be more capitalist than noble. – Rappler.com