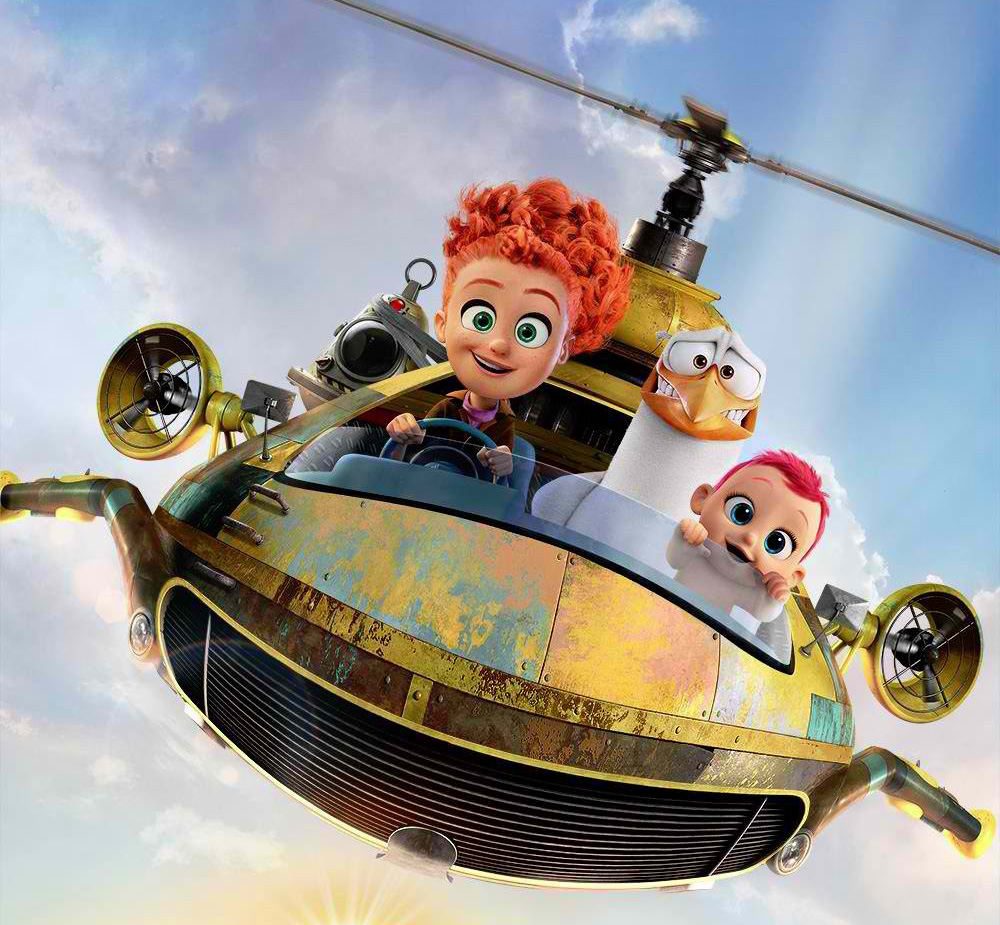 Nicholas Stoller and Doug Sweetland’s Storks starts out quite innocent, the type of overly active cartoon that tries too hard to charm both its younger and older audiences by churning out madness and wit as if there is no tomorrow.

The babes and the birds

The movie, which opens with an explanation as to how storks have progressed from being in the business of delivering babies to delivering packages, tells the story of Junior (Andy Samberg), a stork who is on his way up the corporate ladder to become a boss. The only thing standing on his seemingly certain career path is Tulip (Katie Crown), a baby the storks failed to deliver who is now under their care at least up until she is 18. Now Junior only needs to fire her to get his promotion, yet somehow, he can’t. 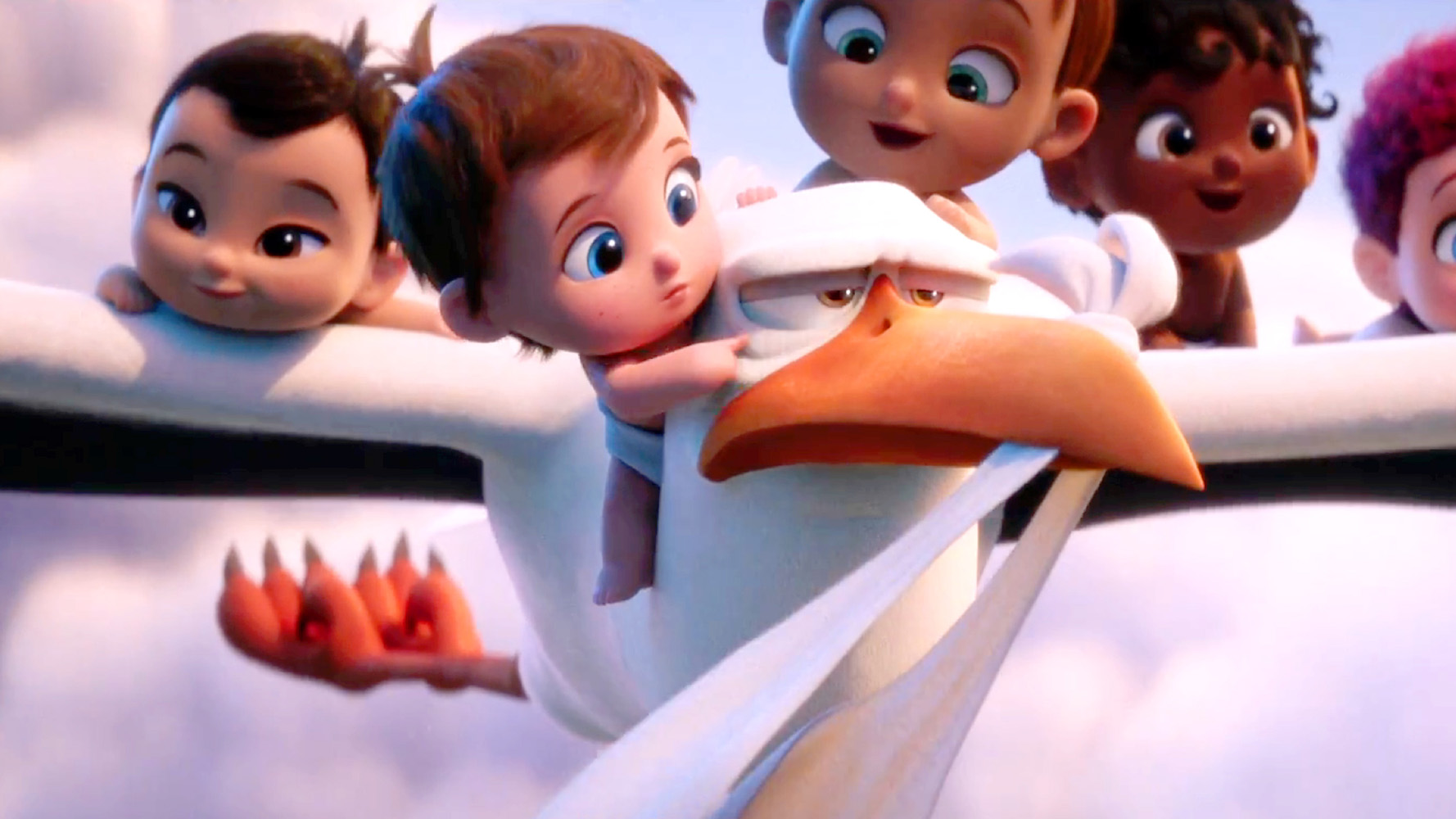 It is a silly conceit, one that writer Stoller, who also masterminded the similarly silly concepts of Get Him to the Greek (2010) and James Bobin’s The Muppets (2011), only pushes to be zanier as it goes along.

So Tulip, who has been thrown by Junior to sort letters which the storks no longer receive because they are no longer in the business of receiving requests for newborns, gets a letter from a boy who wants a baby brother, and processes it, creating a baby that she and begrudgingly Junior need to deliver. The baby’s clearly an accident, one that the storks wouldn’t really want because it will affect their more profitable logistics venture, one that Junior sees as a major stumbling block for his quest to be a boss.

There is certainly a subtle metaphor here, a metaphor that is very pertinent in a contemporary world that sometimes sees baby-making as a hindrance to economic success to the point that it euphemizes the stoppage of baby production.

Anyway, Tulip and Junior however do not have that choice and need to make it work, turning from colleagues who can’t seem to get along and turn into nurturing parents. The journey to the baby’s final destination is one rife with rowdy jokes, the best of which involves wolves who join together like Lego blocks into suspension bridges and submarines, but it’s greatest asset is its delicate ability to grow a certain charm for the main characters who begin as annoyances only to become beacons of parental potential.

Most of the characters in Storks start out curiously averse to babies. Junior only wants to go up the ranks. His feathery friends only want to deliver boxes of consumer goods. The parents of the boy who is longing for a brother do not have the time to play with their son. The wolves only want to eat. However, they quickly grow hearts for parenthood.

Stoller and Sweetland’s outrageous movie skirts being overtly political. Its message is cleverly wrapped in hilarity, and somewhere near the end, it introduces a montage of babies being reared by parents of various kinds, in an obvious bid at more liberal thinking since its core is quite conservative.

Storks feels like it is a whole lot of nonsense.

Its visual design is generic. It doesn’t feel like there is an effort to separate itself from the rest of the computer-generated animated movies that exploit cuteness for convenient entertainment. The babies of Storks are all adorable in a conventional sense. Its birds and other animals are malleable for comedic effect. The design of its humans render them interchangeable with any other cartoon. At first glance, Stoller and Sweetland’s film feels like its ambitions are thin and paltry.

Thankfully, the silliness gives way to many layers that not a lot of other cartoons would dare tread. The core of Storks isn’t nearly as relevant as Disney’s Zootopia but its attempt to showcase a very contemporary concern through jokes and slapstick is worth noting. There is sweetness in the chaos, with the film eventually maturing into a fine fable about a topic that feels strangely unfashionable today. – Rappler.com