“The success of a luxury cruise mainly depends on you. I don’t want to hear anybody saying no. It’s always yes sir, yes ma’am!,” the chief stewardess instructed. The trailer of the satirical masterpiece also shows scenes of the billionaire guests making absurd requests which the crew ends up saying “yes” to. One of the scenes shows a guest asking the sails to be washed, which was impossible since the motorized vessel didn’t have any.

“All appears Instagrammable at first but a storm is brewing, and heavy seasickness hits the passengers during the seven-course captain’s dinner,” the synopsis reads. This is seen as the trailer progresses with the wobbling effect of the boat, and the guests spewing vomit all over the cruise ship.

In the fight for survival, old hierarchies are turned upside down when the cruise ends catastrophically and the billionaires become stranded on a desert island with a cleaning lady, played by Filipina actress Dolly de Leon, who is the only one who knows how to fish.

According to TBA Studios who will exclusively distribute the highly-anticipated dark comedy film in the Philippines, Triangle of Sadness will come to cinemas soon, but an official release date has yet to be announced. – with reports from Elle Guison/Rappler.com 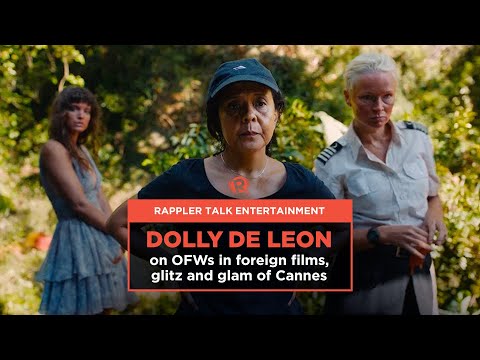