Sofia Coppola is clearly aware of the place of her version of The Beguiled belongs to in American history.

Amidst its steamy seductions and the intensifying cabin fever that deliciously infests the fragile sisterhood of the girls that chose to remain in a secluded seminary, a war is being fought outside its doorstep – as can be observed from the occasional smoke rising from faraway battlefields and the constant sound of shooting guns. The film, however, insulates itself from the politics that defined the US Civil War and instead centers on the very potent sexual politics of the forced interactions that ensue when a wounded soldier (Colin Farrell) is taken in by the girls to be nursed back to health. 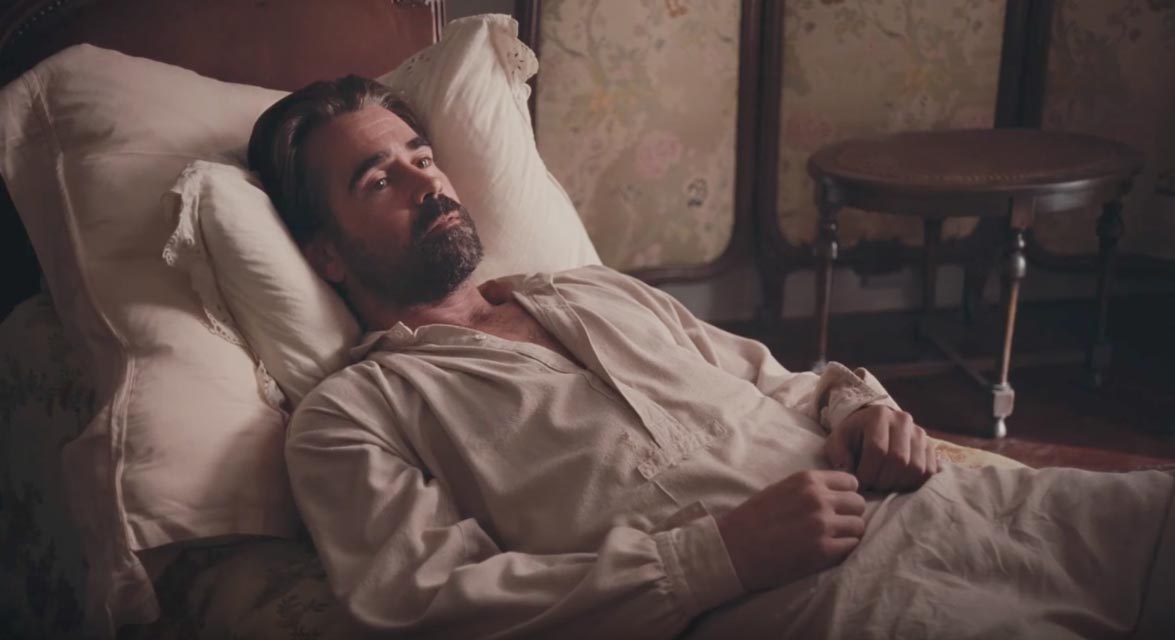 Coppola, with astounding precision and not without a surprisingly delectable tinge of humor, creates a world where repression, caused both by socially perpetuated expectations for women and the many years of war that have created a certain inutility to those expectations, create a veneer of stability at least for the girls who seem to have no other choice but to patiently wait for the war to end.

Each of the girls prepare to be the proper ladies for men who are too busy brutalizing each other outside the confines of their ostentatious abode. When opportunity strikes for their maidenly training to be of use, they all become vicious, perhaps even barbaric – their respective roles become more pronounced to the point of monstrosity.

Protective Martha (Nicole Kidman) amplifies her maternal instincts despite being confused by sexual temptations. Reclusive Edwina (Kirsten Dunst) sees the soldier as an opportunity to escape. Alicia (Elle Fanning) turns to the soldier to satisfy the sexual coming-of-age that the war has stolen from her. 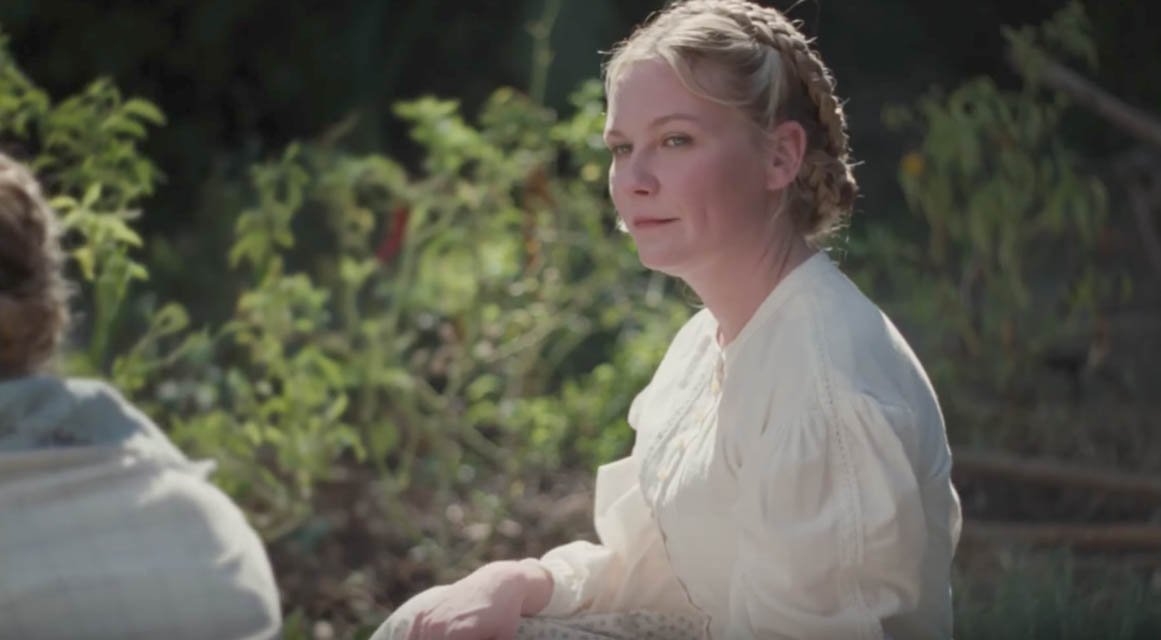 Coppola takes obvious pleasure in the resulting satire that the original material’s very peculiar conceit of having a man’s unwelcome appearance be an impetus for female conflict grants. She painstakingly sets up the scenes that provoke sensuality that feels both illicit, dangerous and subtly comical.

In a way, The Beguiled feels like a searing mockery of expectations and constraints society establishes on women – and to some extent on men.

Coppola’s decision to still place her film within a specific page in America’s history and to dutifully be subservient to the minutest of the period’s details seem to dilute the feminist effect, making it feel like a distant memory instead of a very current concern, but it cannot be denied that the film’s message still rings true up to this day. 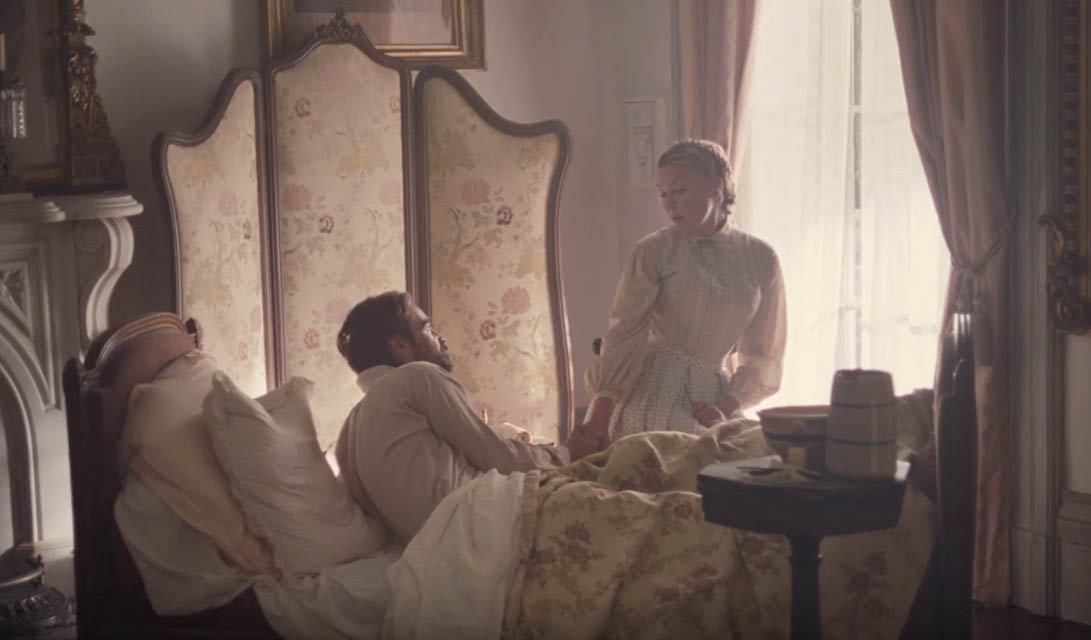 This is perhaps Coppola’s most amusing work, a film whose quirky elegance adds sophistication to the narrative’s otherwise primal pleasures. Coppola disrupts all the skin-deep splendor with crass sexual tension through dialogues that contain cheap but otherwise delightful references to prurient intentions, seemingly to service the concept that deep within all of the gaudy propriety and traditional virtues are animalistic urges.

It is all very captivating to witness.

Sure, The Beguiled is far from being perfect. Coppola’s decision to modify the source material to isolate it from the glaring concerns of its time and setting seems foolish. However, the film is also more focused because of its risky decision to trim off issues that could have obfuscated its very effective satire of sexual politics.

The charm of Coppola’s films has never been in the realm reality but in the dream-like state that exists within the characters' existensial issues. 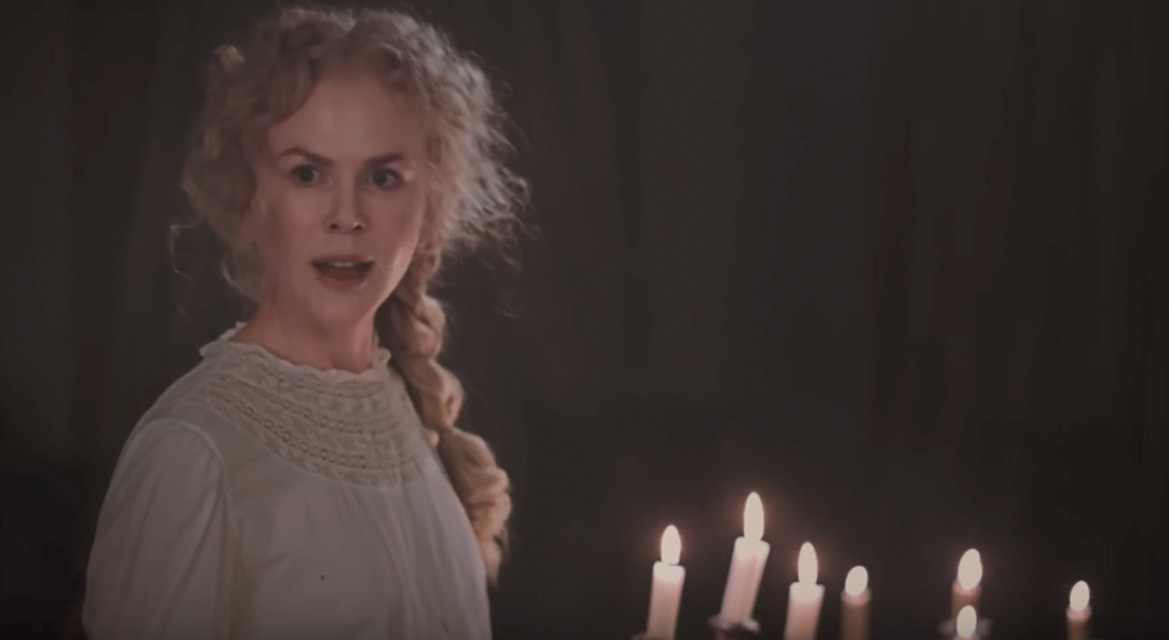 Sofia Coppola's films are documents of lives lived in isolation from the rest of the world, whether it be aimless Americans in Japan in Lost in Translation (2003), the lavish queen who couldn't see what was going on beyond her gate in Marie Antoinette (2006), or the youth whose morality has been slanted by celebrity culture in The Bling Ring (2013). If anything, the insidious cluelessness of this version of The Beguiled adds efficacy to the film’s satirical core – that amidst the horrors and injustices of the outside world, all that these caged women can think about is nothing more than themselves and their raging hormones. – Rappler.com