WATCH: MMFF 2022 Parade of Stars is back with a bang 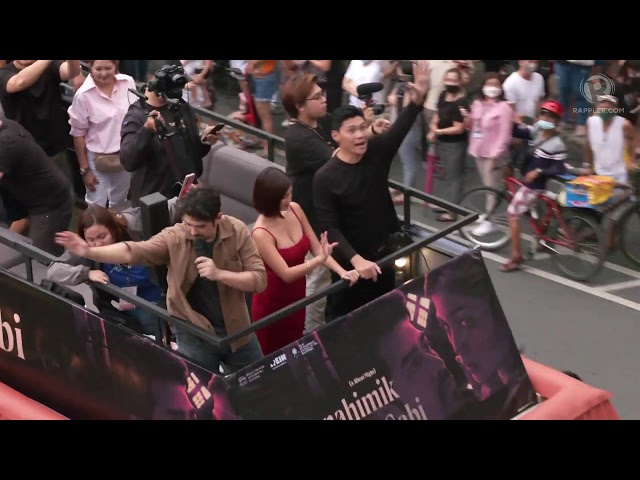 MANILA, Philippines – The Metro Manila Film Festival (MMFF) is back in full force for its 2022 edition, kicking off with its annual Parade of Stars on Wednesday, December 21.

By tradition, the parade marks the start of the festival, during which the “magic eight” competing films take over cinemas all over the country. The parade featured eight floats representing each of the films: Family Matters, My Father, Myself, Partners in Crime, My Teacher, Deleter, Nanahimik ang Gabi, My Teacher, and Mamasapano: Now It Can Be Told.

This year, the parade was held at Quezon City, starting at the Welcome Rotonda and inching its way towards the Quezon City Memorial Circle.

The Parade of Stars comes just days before the MMFF films premiere in cinemas on December 25. The festival will run until January 7, with an awards night happening on December 27. – Rappler.com