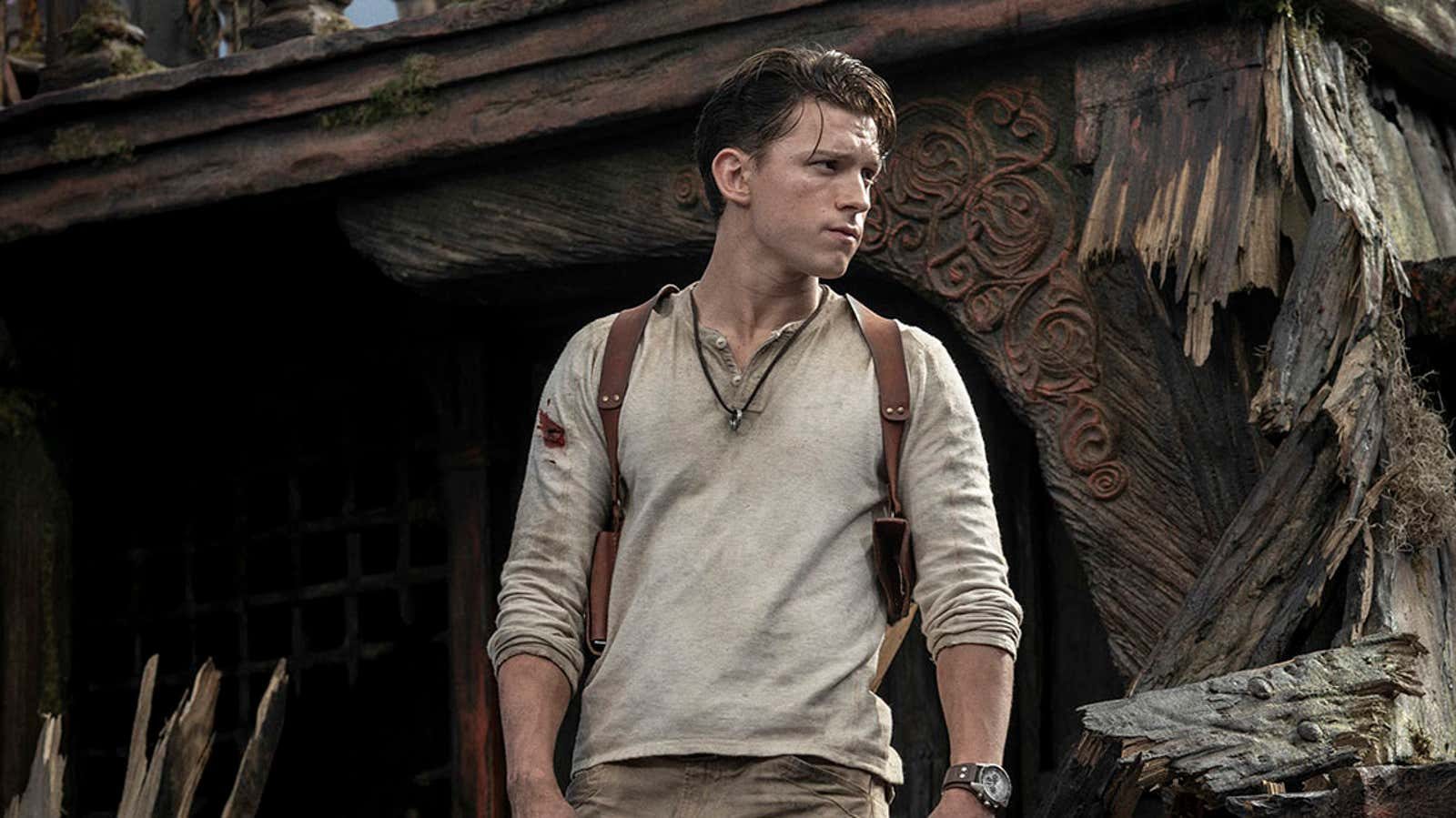 Facebook Twitter Copy URL
Copied
The film, which stars Tom Holland and Mark Wahlberg, is banned from domestic distribution in Vietnam after authorities found that 'it contained an illegal image of the infamous nine-dash line'

HANOI, Vietnam –  Vietnam has banned Sony’s action movie Uncharted from domestic distribution over a scene featuring a map that shows a disputed line declared by China to stake its claim to large parts of the South China Sea, state media reported on Saturday, March 12.

The U-shaped “nine-dash line” is used on Chinese maps to illustrate its claims over vast areas of the resource-rich South China Sea, including swathes of what Vietnam regards as its continental shelf, where it has awarded oil concessions.

Uncharted, an action and adventure film based on a video game series about treasure hunting, stars Tom Holland and was due to hit cinemas nationwide on March 18.

“The film was banned from distribution after we watched it and found it contained an illegal image of the infamous nine-dash line,” state-run Vietnam News Agency reported, citing Vi Kien Thanh, head of the Department of Cinema, a government body in charge of licensing and censoring foreign films.

Vietnam pulled DreamWorks’ animated film Abominable from cinemas in 2019 and ordered Netflix in 2021 to remove some episodes of the Pine Gap series over the same issue.

The Southeast Asian country this week protested twice over military exercises by China and Taiwan in what it describes as its exclusive economic zone, and demanded they respect Vietnam’s sovereignty and legitimate rights at sea. – Rappler.com