‘West Side Story’ review: A heartfelt musical that exceeds the original In a year filled with live-action musicals (In the Heights, Dear Evan Hansen, tick, tick…BOOM!), it’s fitting that West Side Story, a retelling of a classic story without a tinge of modern cynicism, serves as the exclamation point in the great musical resurgence of 2021.

This version does not lose sight of what made the original 1961 film and 1957 Broadway adaptation of Romeo and Juliet in Manhattan resonate. It remains sentimental about the power of love and the zaniness of finger-snapping gangs who dance on the streets. 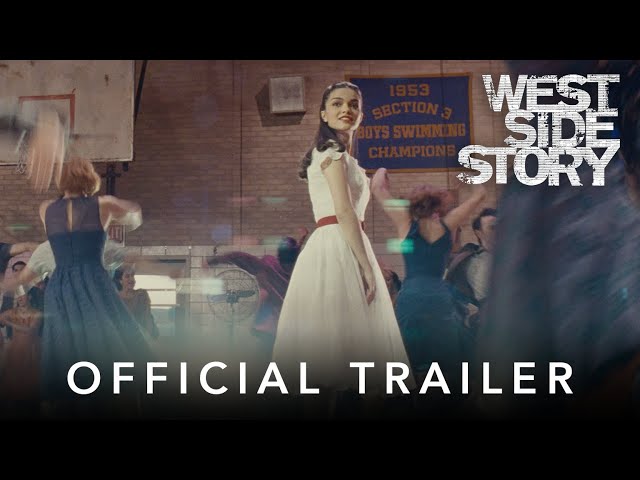 Imprinted in the film’s history is the golden age of musicals that captivated audiences from the 1930s to the 1950s. Musicals brought out colorful costumes, vivid production designs, and spirited performances. This era was marked with charming aesthetics that rarely emphasized realism and serious social problems.

It’s why West Side Story’s exploration of juvenile delinquency, xenophobia, and the lived-in experiences of Puerto Ricans in America was considered revolutionary back then — it deviated from the conventional musical formula.

This is not to say that the original film was perfect. It was littered with controversial decisions such as casting non-Latine characters for Puerto Rican roles and the dangerous depictions of gang violence and gender identity. Behind the scenes, Natalie Wood and George Chakiris, despite being white actors, were put in brownface makeup to portray their lead Latine characters. The only Puerto Rican actor in the main cast was Rita Moreno, who notably won an Oscar for her supporting role as Anita, becoming the first Latina to win the award.

Sixty years later, Steven Spielberg helms the director’s chair and does away with harmful ethnic representations. Crucially, the Sharks only consist of Latine actors, and the Puerto Rican identity is placed front and center in several of the film’s important moments. Although much is still left to be desired in giving more writing and directing powers to Puerto Ricans, it’s clear that there were now conscious choices, which were absent before, to distance the Latine culture and language from a purely white imagination. The unique sensitivity to the history and milieu that envelops its diverse set of characters is where the film’s strength lies. Instead of opening with aerial shots of the vast New York City, the camera hovers on what’s left of San Juan Hill after its buildings were bulldozed to make way for the real-life Lincoln Center for the Performing Arts. The image of debris and rubble not only juxtaposes the lively balletic dances but also brings to mind the constant threat of displacement and exclusionary policies levied against impoverished communities.

Among the undesirables in the eyes of the law are Riff (played by Mike Faist) and Bernardo (played by David Alvarez), the leaders of the Jets and Sharks, respectively. Tony Kushner, who adapted the play for this film, reinterprets the gang conflict with more racially charged undertones, as seen in the Jets explicitly vandalizing the Puerto Rican flag in the opening. In doing so, the tension between both groups feels more concrete and relevant.

In the eye of the storm are star-crossed lovers Tony (played by a controversial Ansel Elgort) and Maria (played by Rachel Zegler), who surprisingly get the romance right this time. The love story in the original happens too quickly, and while that’s still somewhat true here, there are at least attempts at drawing out their meet-cute and sprinkling in much-needed chemistry. Zegler registers the better performance between the two actors, but Tony’s writing carries most of Elgort’s weight.

Anita (played masterfully by Ariana DeBose), arguably the film’s standout character, is wonderfully effusive and charismatic as Bernardo’s feisty girlfriend. DeBose, along with Zegler, boldly proclaim themselves as the singing anchors of this film with their versatile vocals, heard especially in the tears-inducing “A Boy Like That / I Have a Love“ duet.

Among the many changes from the original is the inclusion of Valentina (played by the iconic Rita Moreno), the elderly Puerto Rican store owner who mentors Tony. She sings the song “Somewhere,” adding a bittersweet tone that comments on the futility of the racial conflict preventing Maria and Tony’s romance. Her character also converges with Anita, the role Moreno played all those years ago, in a grueling and harrowing moment that makes her presence in the film even more meaningful.

Anybodys (played by Iris Menas, a nonbinary actor), a tomboy seeking acceptance in the Jets, is reimagined as a trans man in this version. In the original, Anybodys’ character was only a means to an end for sexist jokes. Here, his primary motivation is to be understood and validated as a man, not just as a gang member. This small change adds a layer of nuance to a character living in a transphobic society that would otherwise be an afterthought in lesser films.

David Newman arranges the legendary composition of Leonard Bernstein to ensure the timelessness of the songs is never lost. The music sounds more punchy, and Stephen Sondheim’s lyrics maintain its festive energy. Justin Peck’s choreography is much more explosive, sometimes even a bit too much, and adds a kinetic verve that can only work alongside the jaggedness of Manhattan. The rearrangement and addition of certain scenes work, but some of them drastically alter the mood of scenes negatively. For example, the earlier placement of “Cool” reinvents the dance number into a more intimate and creative game of catch-me-if-you-can between Tony and Riff. However, the placement of “I Feel Pretty,” a gleeful song about Maria falling in love, is jarring since it occurs after a shockingly tragic moment.

Without a doubt, the standout musical number in the film is “America,” essentially an argument between Bernardo and Anita on whether to stay in America or go back to Puerto Rico. During this performance, the whole Puerto Rican diaspora comes alive to generate an infectious celebration of geographical and cultural identity. This scene alone makes the price of admission worth it.

West Side Story shows that it’s possible to revisit decades-old musicals to improve on the ideas that were already there. For all of the original’s faults, it remains noteworthy for its refusal to convey only the “good, true, and beautiful” in the slums of New York. Spielberg zeros in on the good without ignoring the flaws. The result is a vibrant, socially conscious, and empathetic musical with an entirely different flavor, one that can catapult the genre to new heights. – Rappler.com

Ryan Oquiza studies at the University of the Philippines Diliman. He is the chief film critic of SINEGANG.ph and one of the hosts of the film podcast ‘Sine Simplified.’