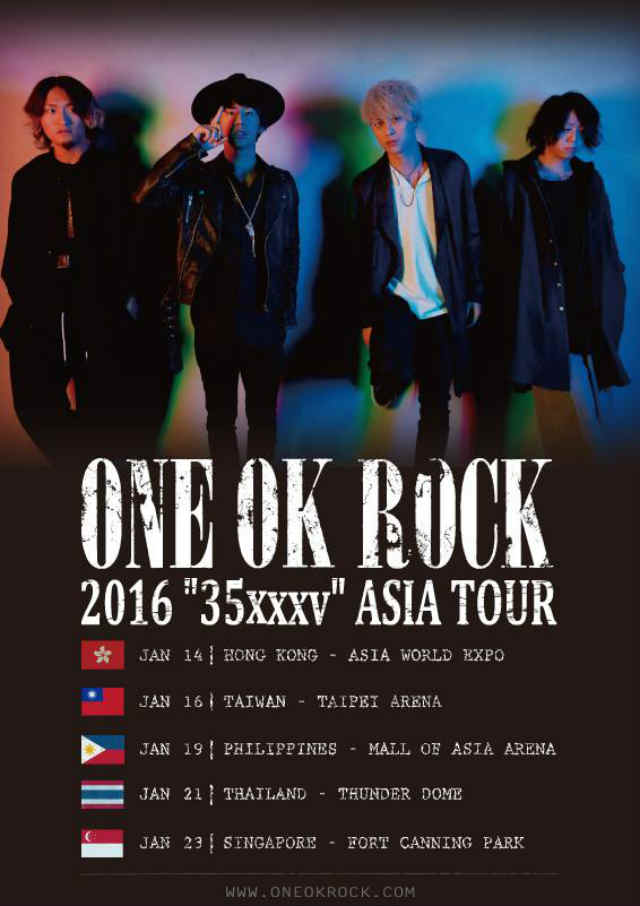 The group, composed of  Toru Yamashita, Tomoya Kanki, Takahiro Moriuchi and Ryota Kohama are coming to the Philippines as part of their  2016 35xxxv Asia Tour at the Mall of Asia Arena on January 19.

One OK Rock was formed in 2005 and was orginally a 5-man group, before their guitarist left in 2009. According to their website, One OK Rock released their first single from A-Sketch Inc in 2007. They are one of today’s top Japanese rock bands with performances at  the Nippon Budokan Live in 2010, Yokohama Stadium Live in 2014, and The Arena Tour in 2013 & 2015.

The group’s latest album is  35xxxv. Before the Asian tour, the group will be going on a US tour.

Their songs “The Beginning,” “Mighty Long Fall,” and “Heartache” were featured prominently in each of the 3 new Rurouni Kenshin movies.

Are you excited to see One OK Rock in concert? Let us know your thoughts in the comment section. – Rappler.com