MANILA, Philippines – Sam Milby celebrated his 10 years in showbiz with a concert entitled The Milby Way at the Kia Theater in Quezon City, Saturday, November 28.

One of the highlights of the concert was when Sam’s ex-girlfriend Anne Curtis performed Adele’s song “Hello.” Sam said he will always be grateful to Anne, who he was paired with in the movie The Gifted and the shows Maging Sino Ka Man and Dyesebel.

John Prats, Sam’s bestfriend, also shared that Sam was very supportive of him when he courted his wife Isabel Oli, who he married last May. The two are now expecting their first child next year.

Fans also screamed when Sam performed onstage shirtless and did an an acrobatic number.

Sam is currently part of the show Doble Kara with Julia Montes, and will star with Piolo, Toni Gonzaga, and Jolina Magdangal in Written In The Stars.

Here are photos from the concert. 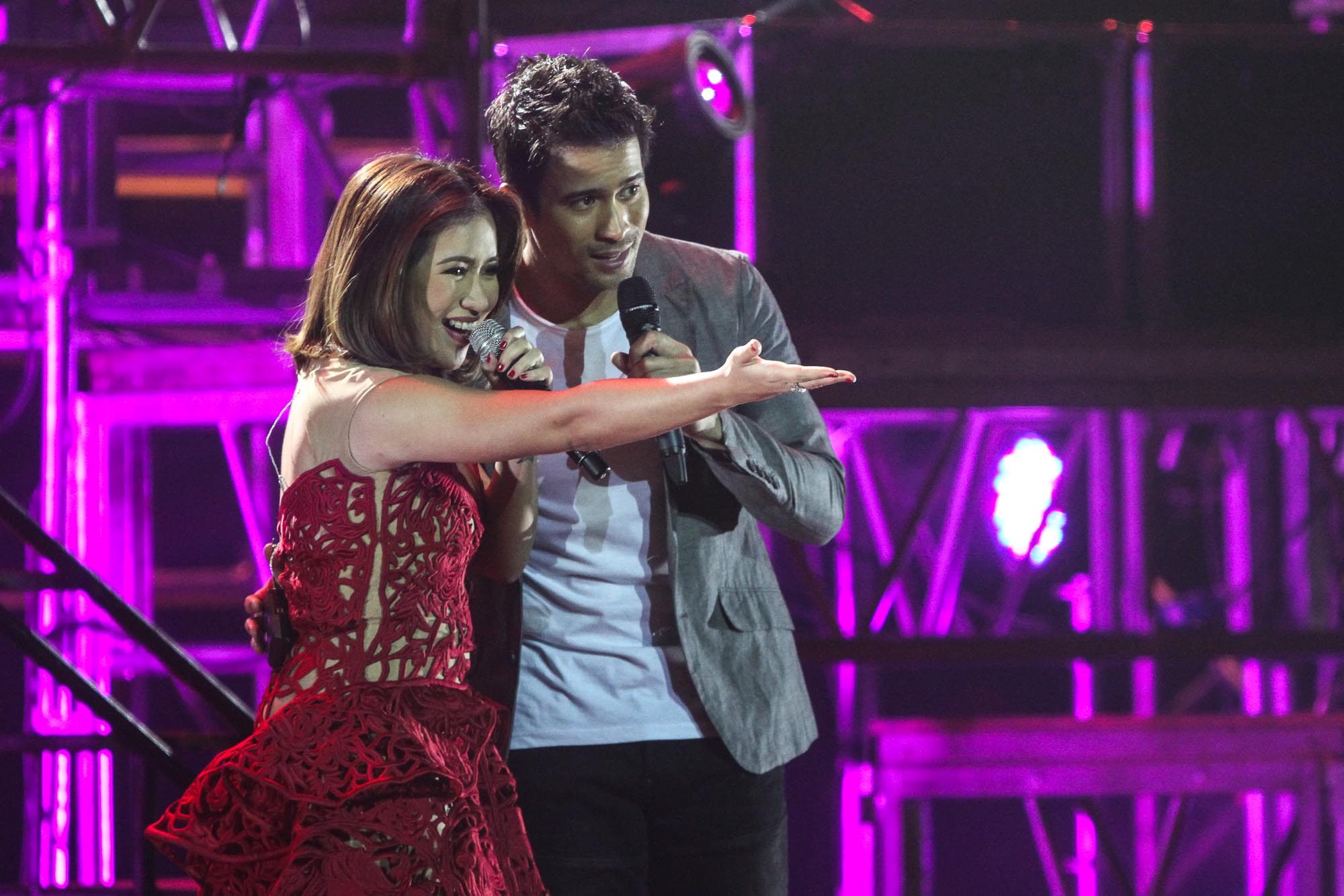