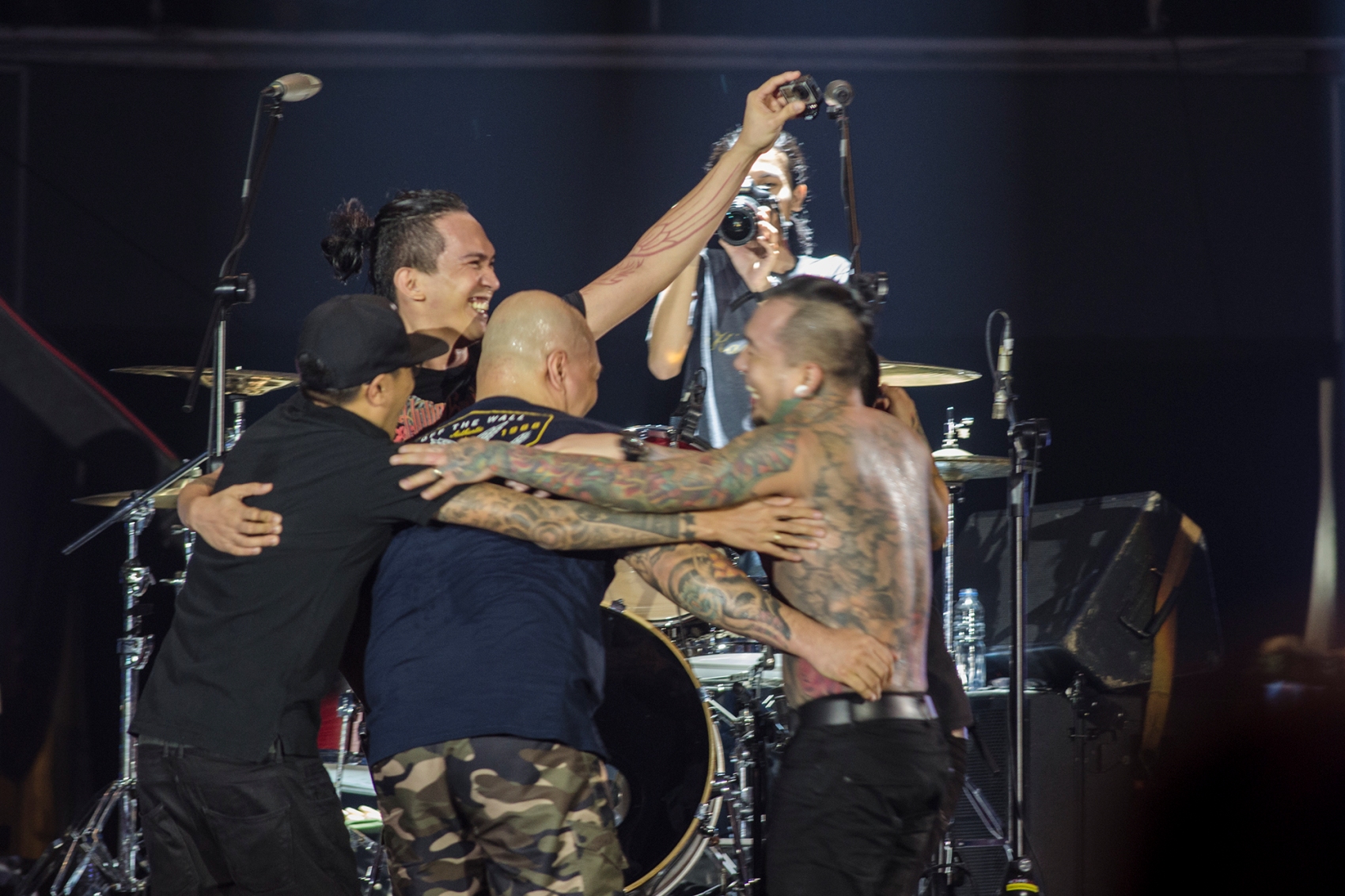 (At first we thought no one would watch Kamikazee. We are wrong. You are right. Words aren’t enough to give back all the love that you have given us) 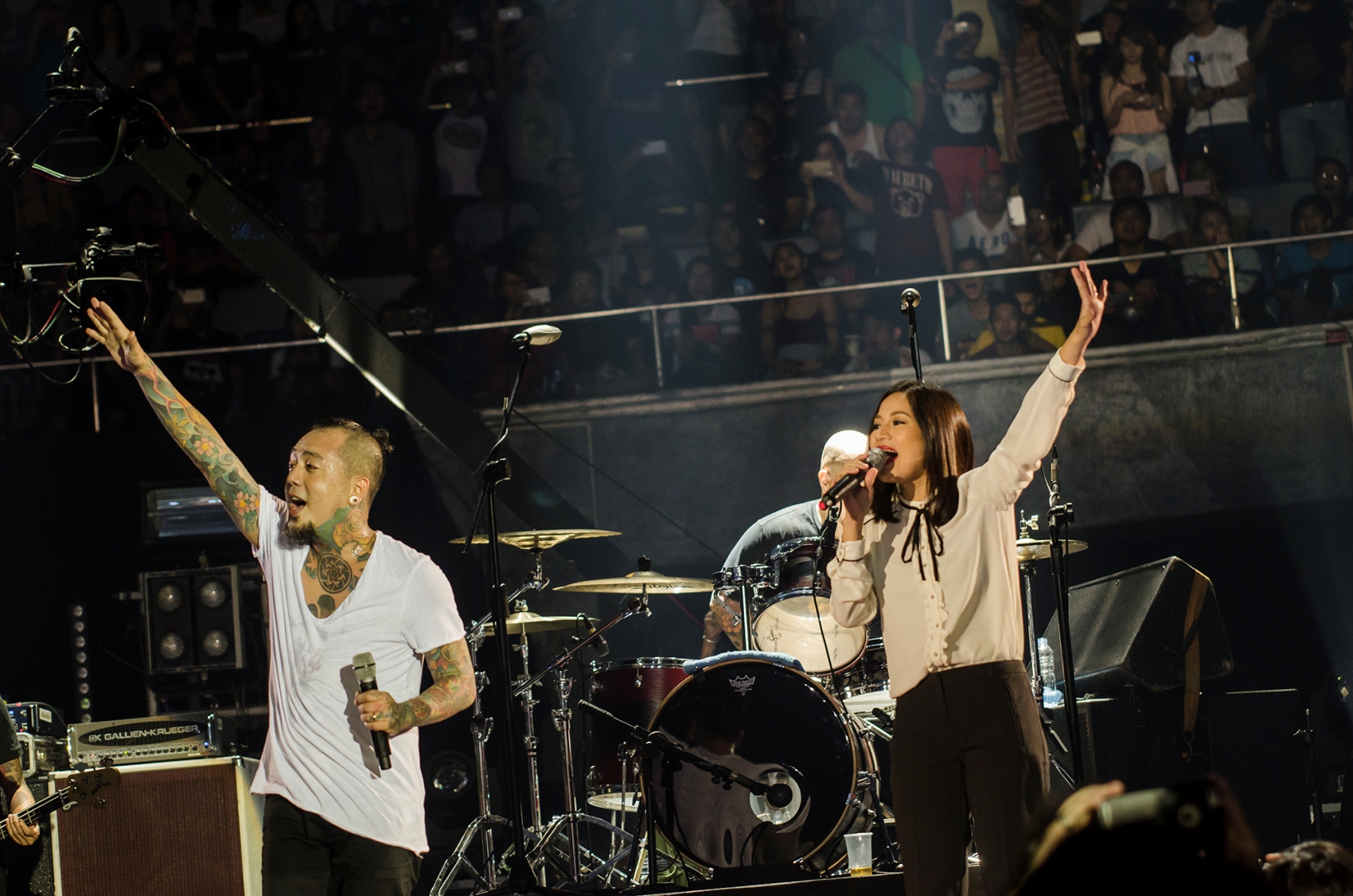 And true enough, the Big Dome screamed, cheered, laughed, jumped and became one in celebrating the 15 years of hard work and music excellence that the band contributed to the Filipino music industry. 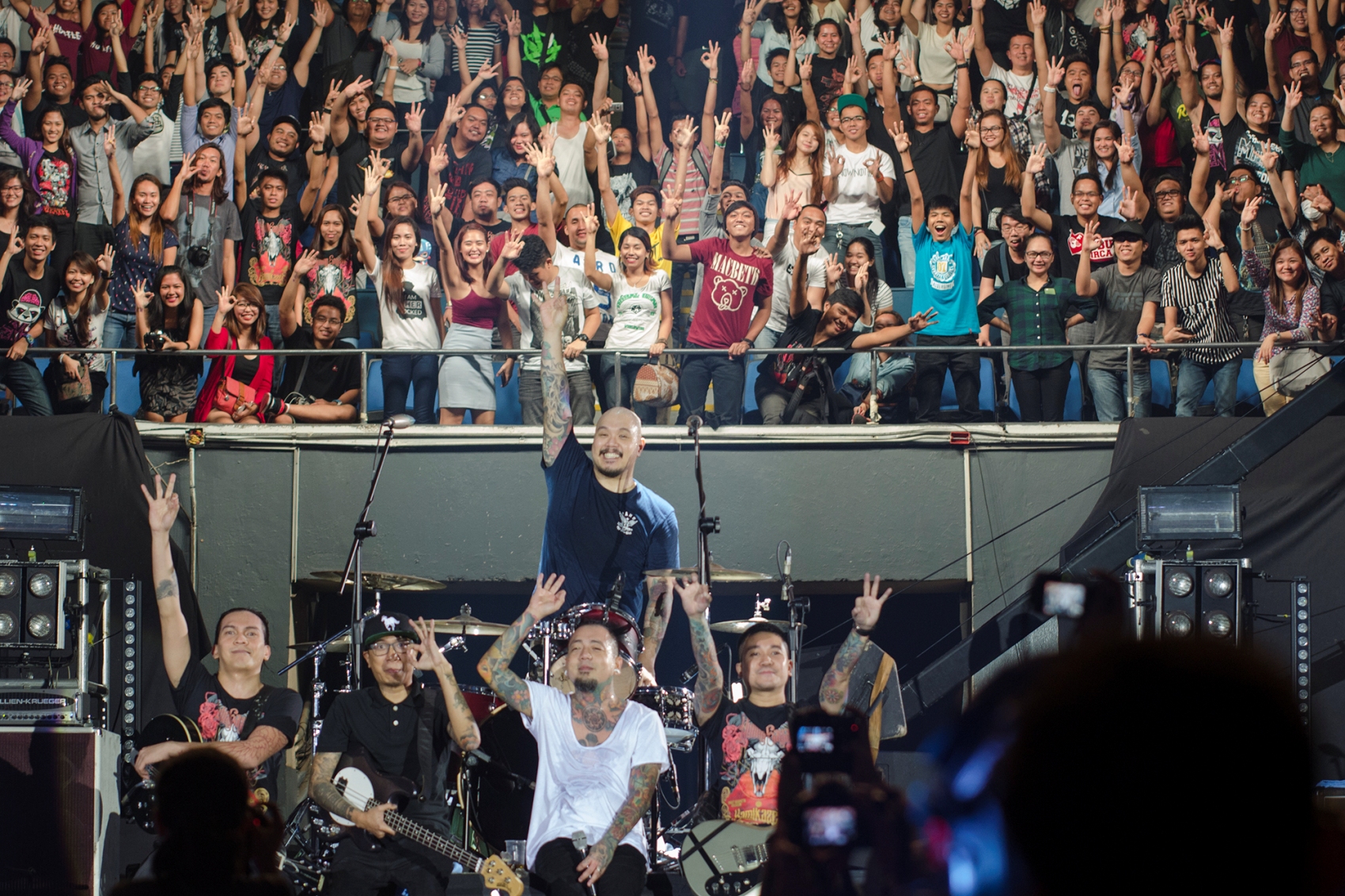 The coliseum gates opened 6pm, and people just kept rushing in after that. One by one, Araneta was filled with rock fanatics, from the standing area up to the front row. 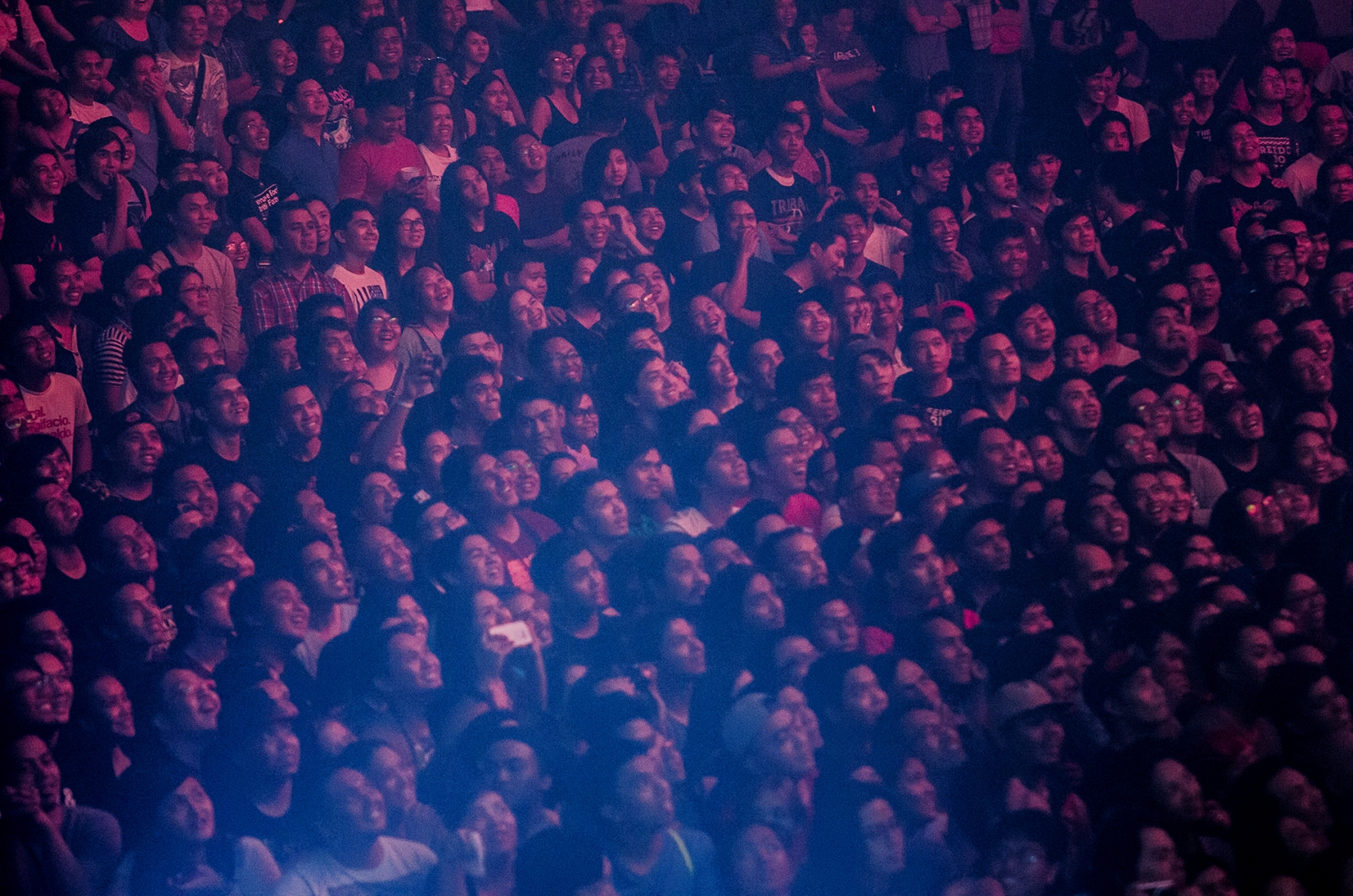 So by the time the house lights finally went off, the arena was thundering when the band Queso took the stage.

With their spins reverberating with the guitar strums and drum punches, the band did not fail to set the mood for the night. 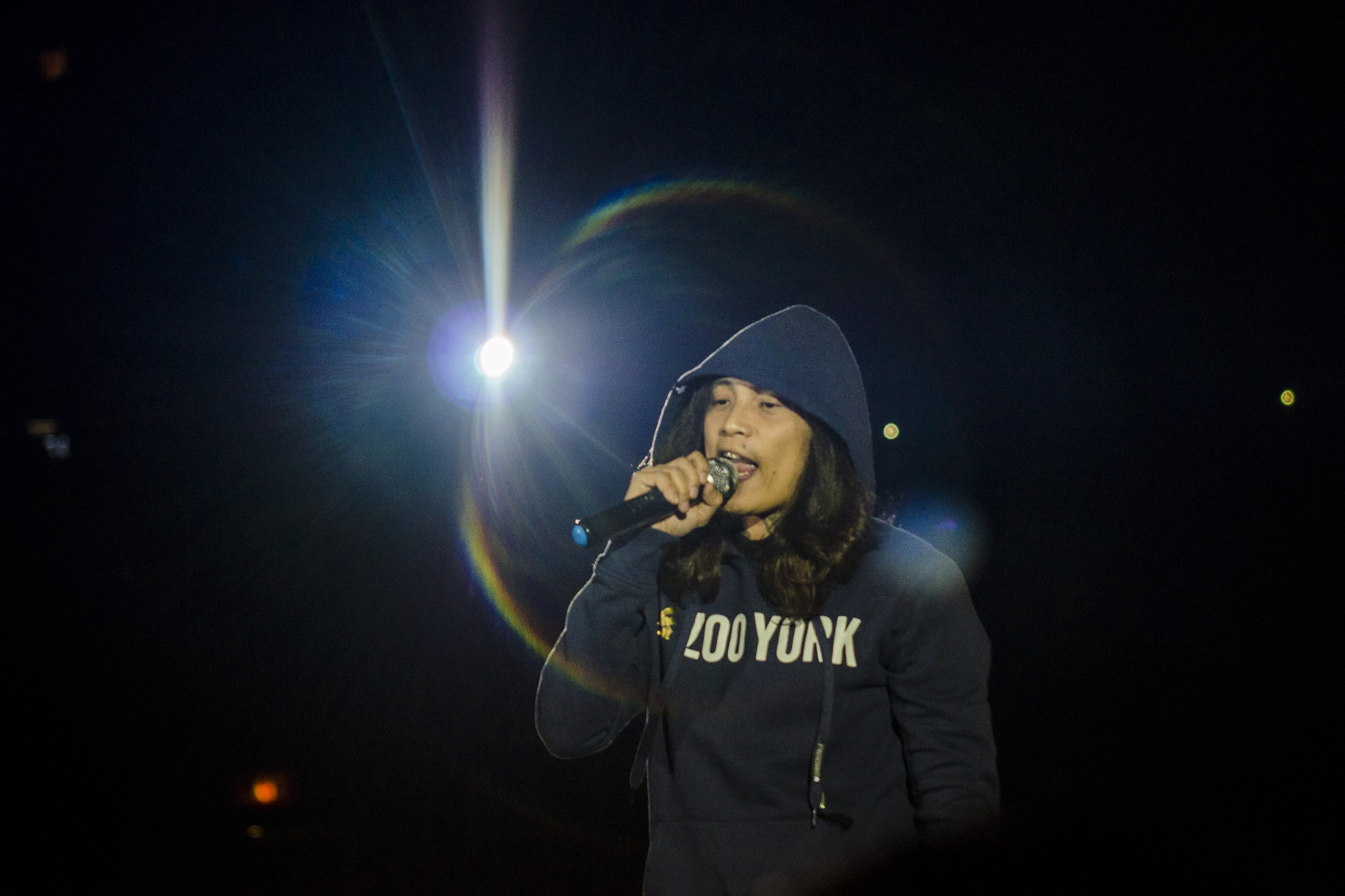 For the next performer, the audience roared “lock and load” as another Pinoy band, Chicosci played their hit song, “Diamond Shotgun.”

Their set ended, further hyping up the viewer’s energy. 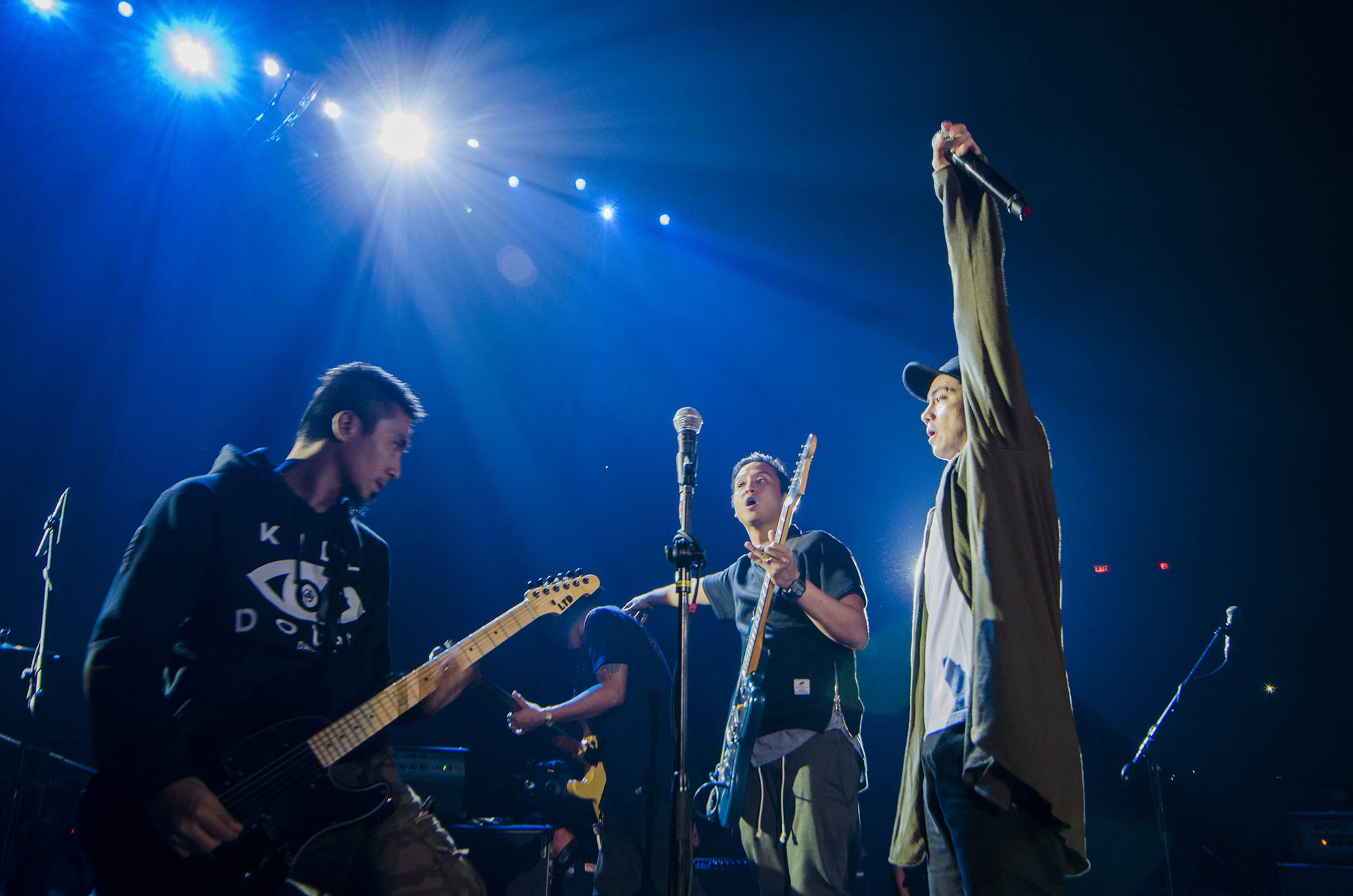 The arena was soon rocking to the beat of “Endless, A Silent Whisper,” from the Cebu-based band, Urbandub, who also bid the music industry goodbye earlier this year. 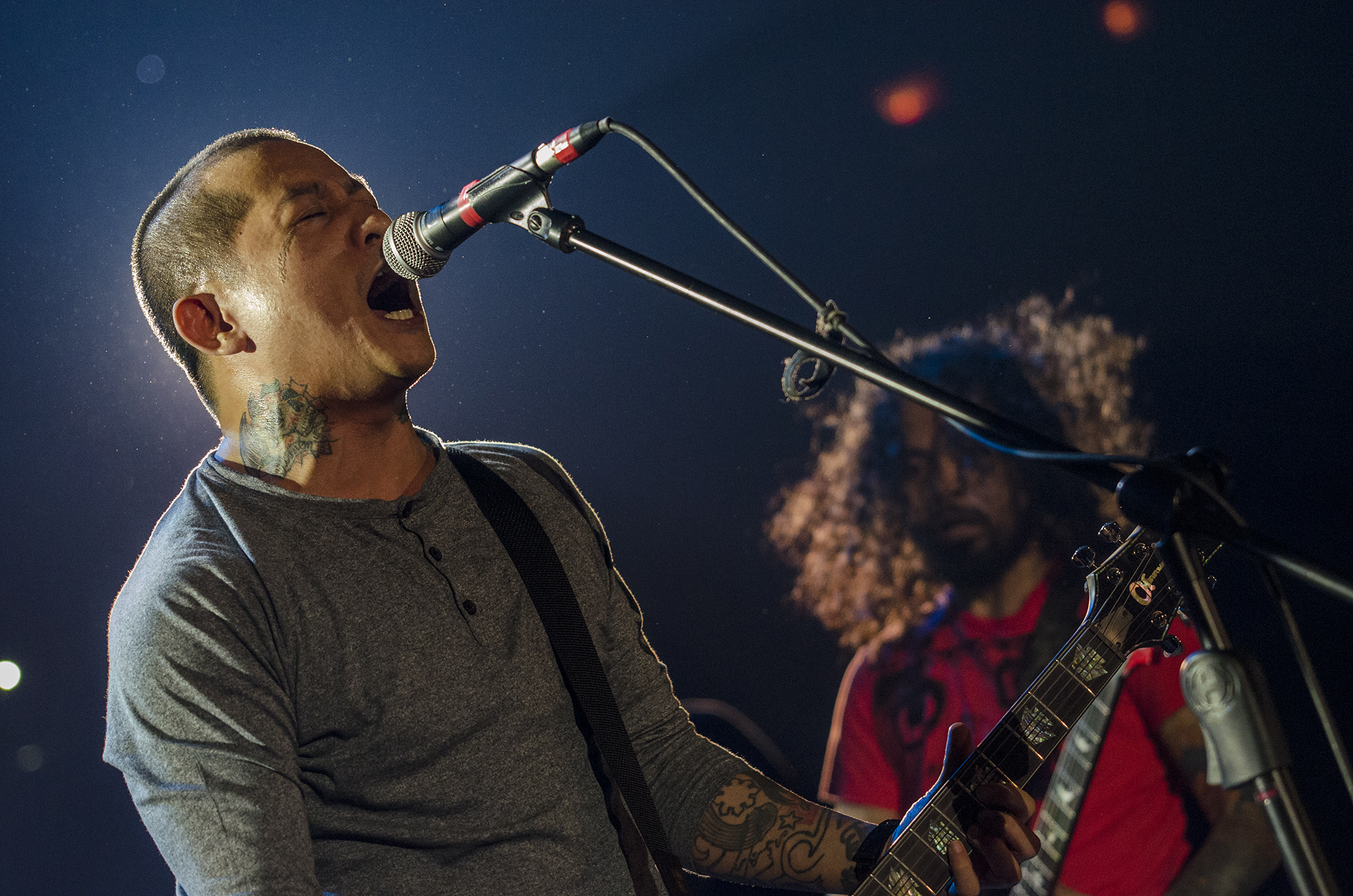 Their set ended with an old hit, “First of Summer,” which sustained the audience’s adrenaline.

It all built up to a huge opening for Kamikazee as lead guitarist, Jomal Linao, rhythm guitarist Led Tuyay, bassist Jason “Puto” Astete, drummer Allan Burdeos and Jay Contreras exploded with the song ”Chiksilog.” Contreras then asked the audience for their very own reverse clap and did a Michael Jackson signature-move for the song “Seksi, seksi.” They later on performed “Unang Tikim,” “Ambisyoso,” and “Hanggang Tingin.” 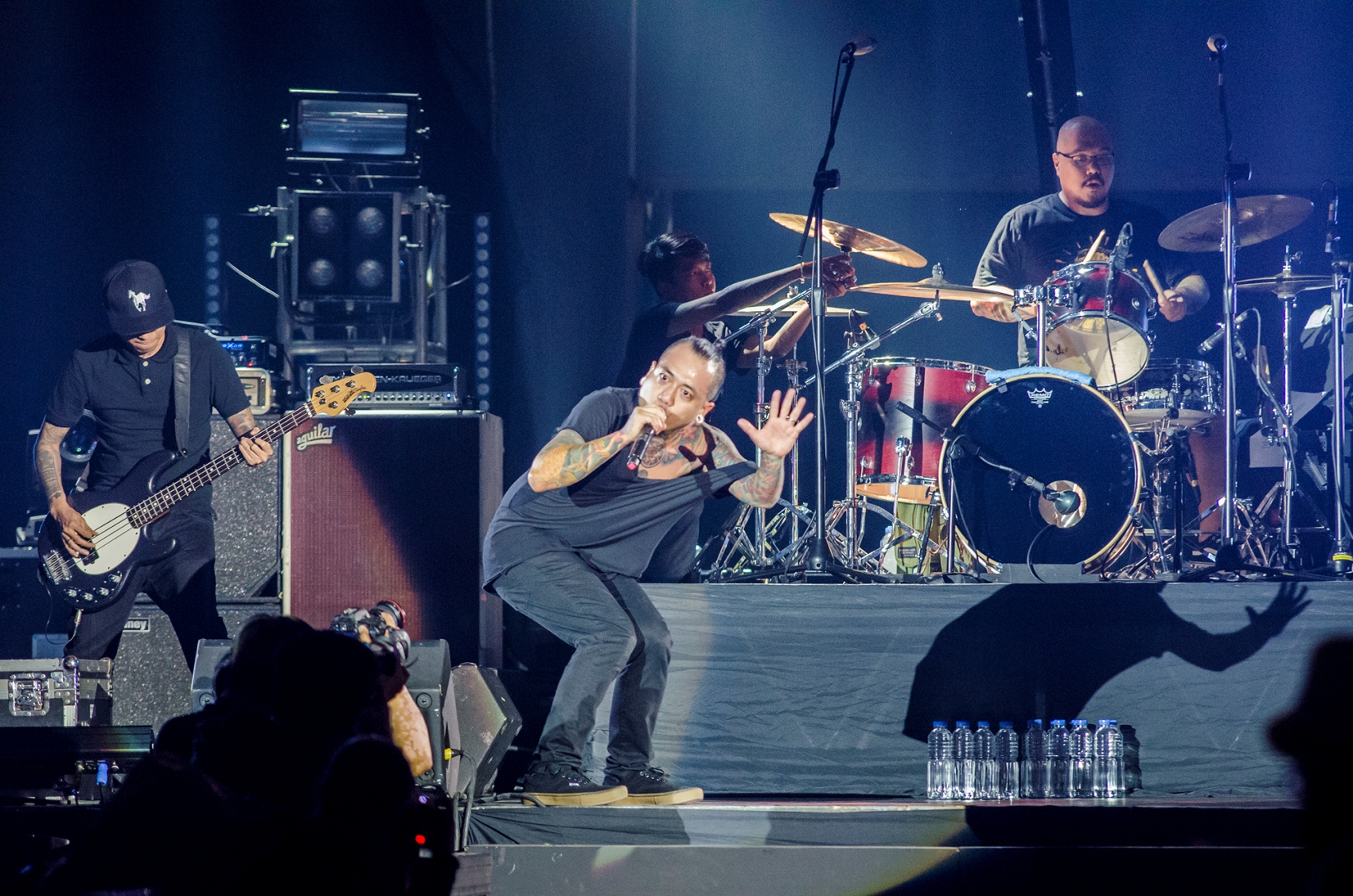 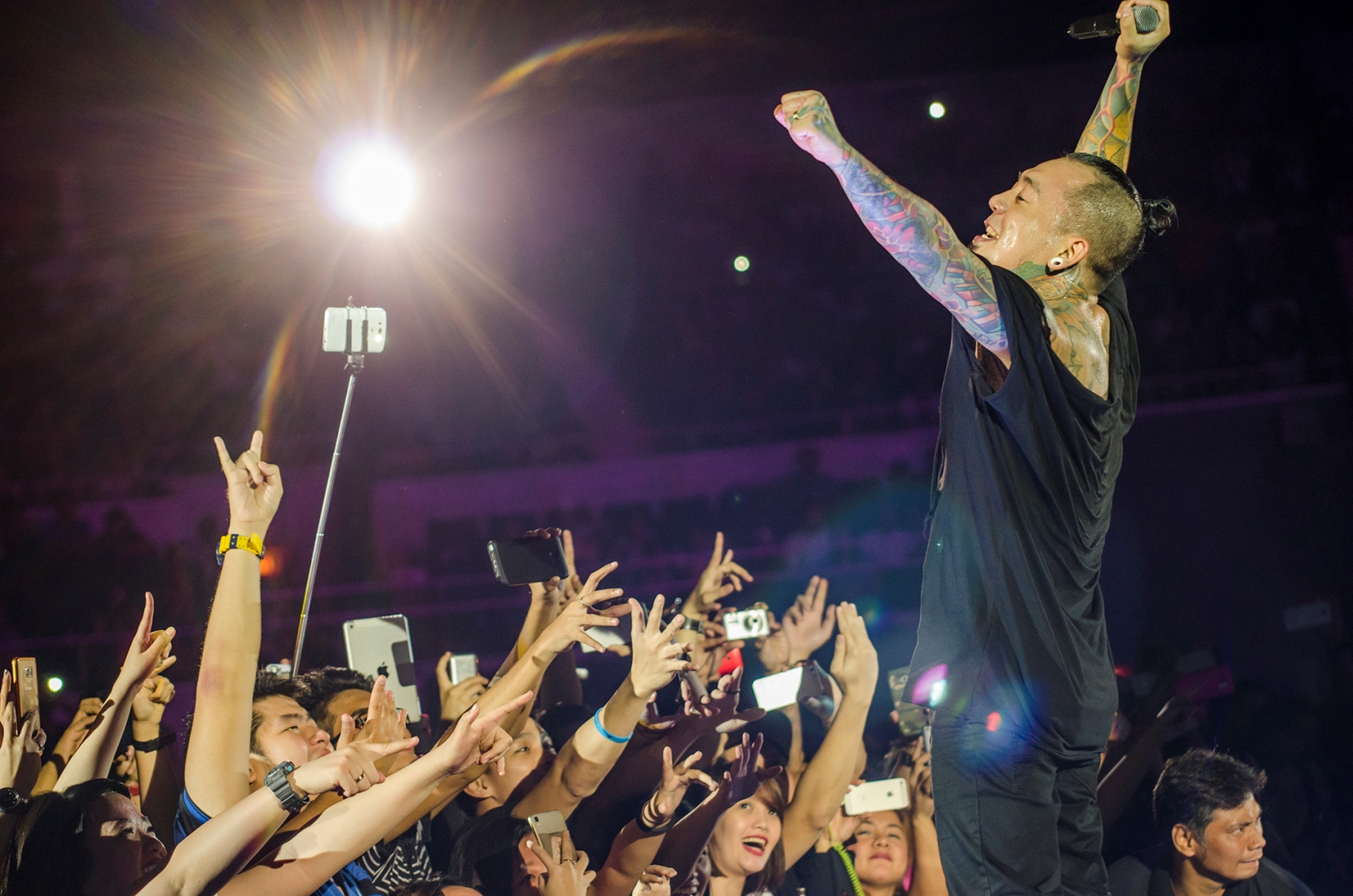 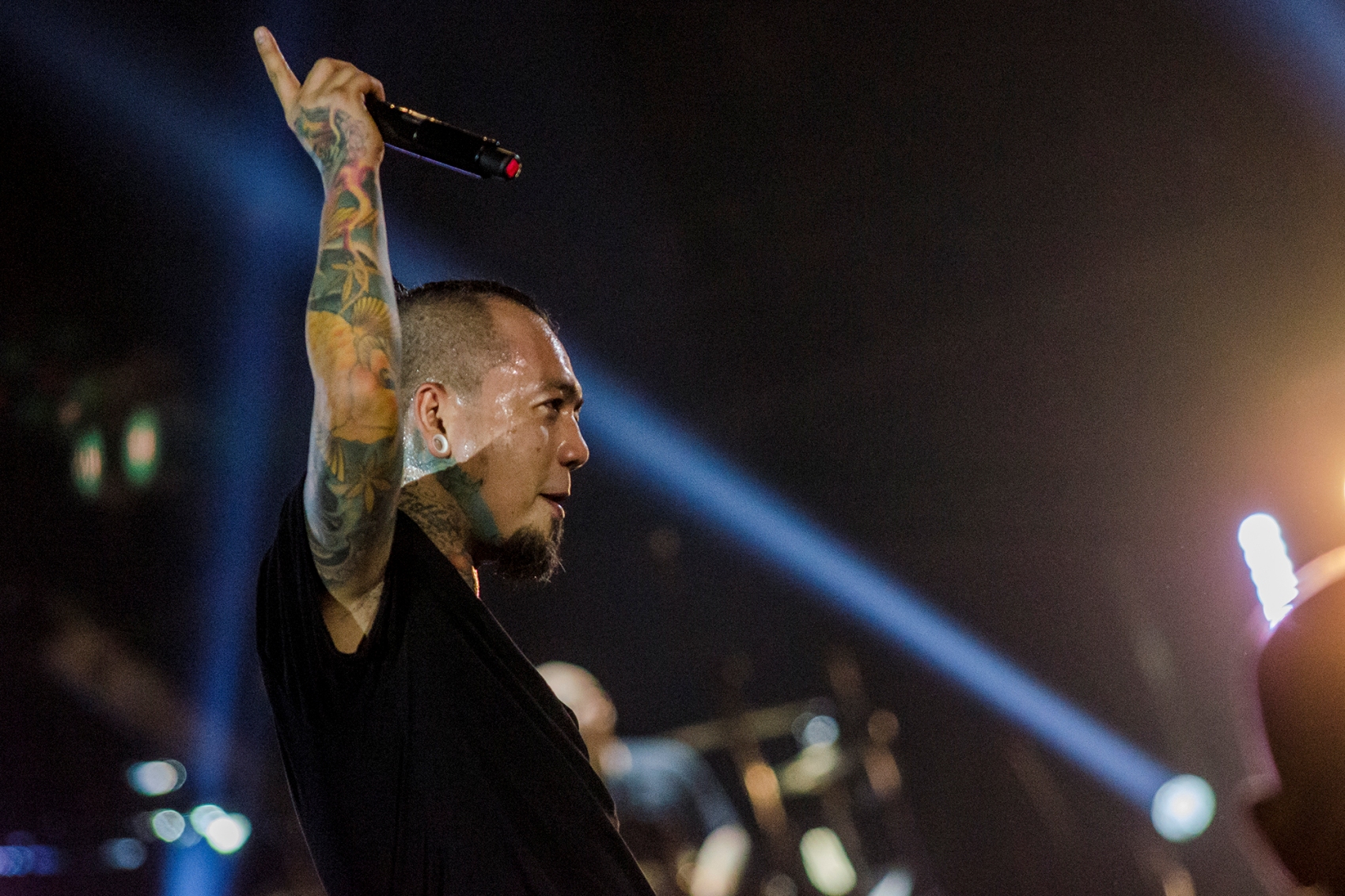 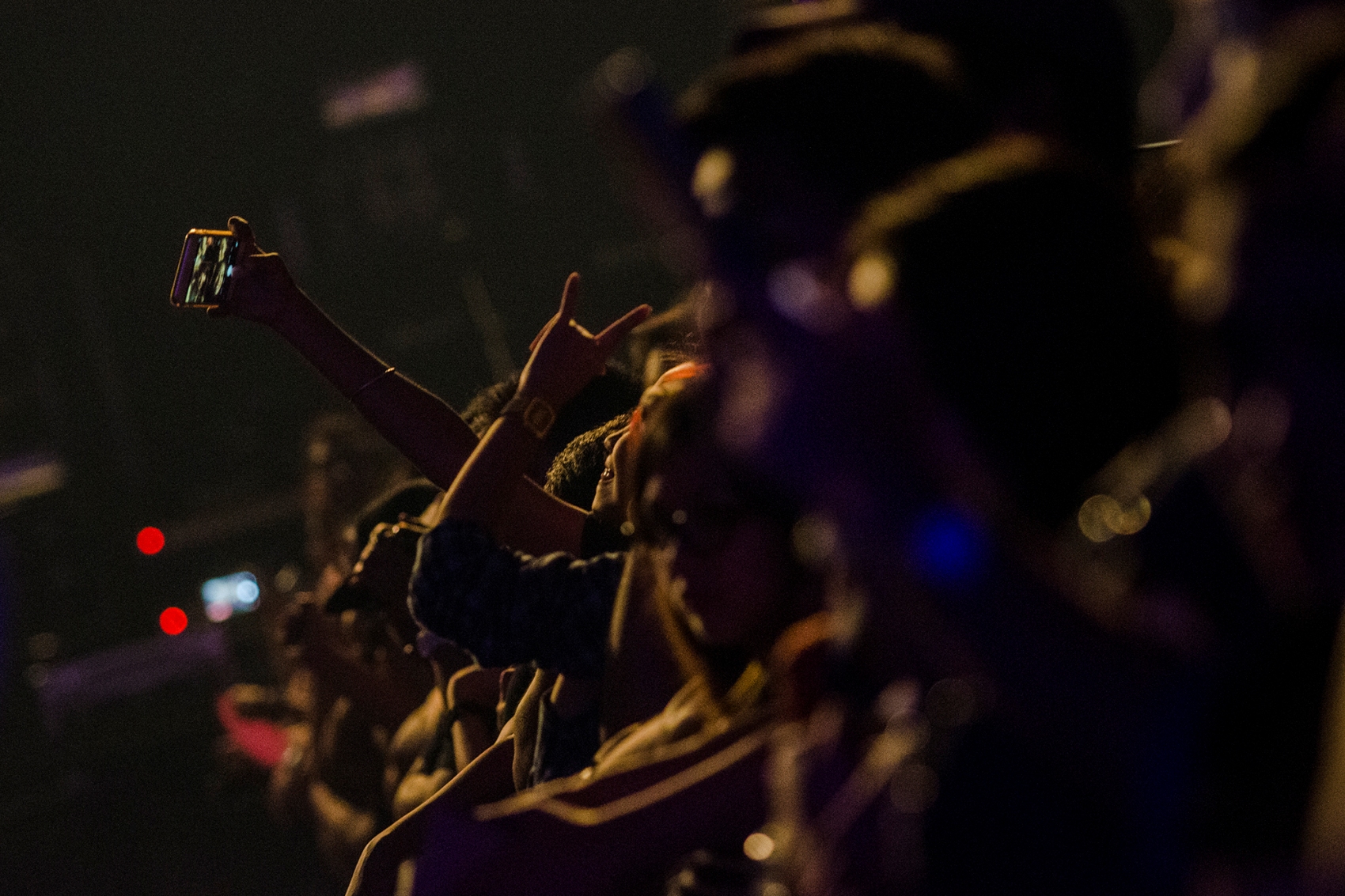 They then expressed their gratitude through a short cover of Parokya ni Edgar’s “Halaga.” Contreras then asked the girls from the audience to sing a part of the song “Martyr Nyebera.” More were then lined up, namely “Halik,” “A.I.D.S.” and “Mmm Sarap.” Afterwards, the band took a groupfie with the audience before doing “Sobrang init” and “Tagpuan.”

After the break, they performed one of their old hits, a cover of Britney Spears’ song, “Lucky.” A song from their first album went next, entitled “Ung Tagalog.” They then further acknowledged their fans who came from other parts of the country like Capiz, Cebu and Nueva Ecija. They also called on two fans to come over the stage. 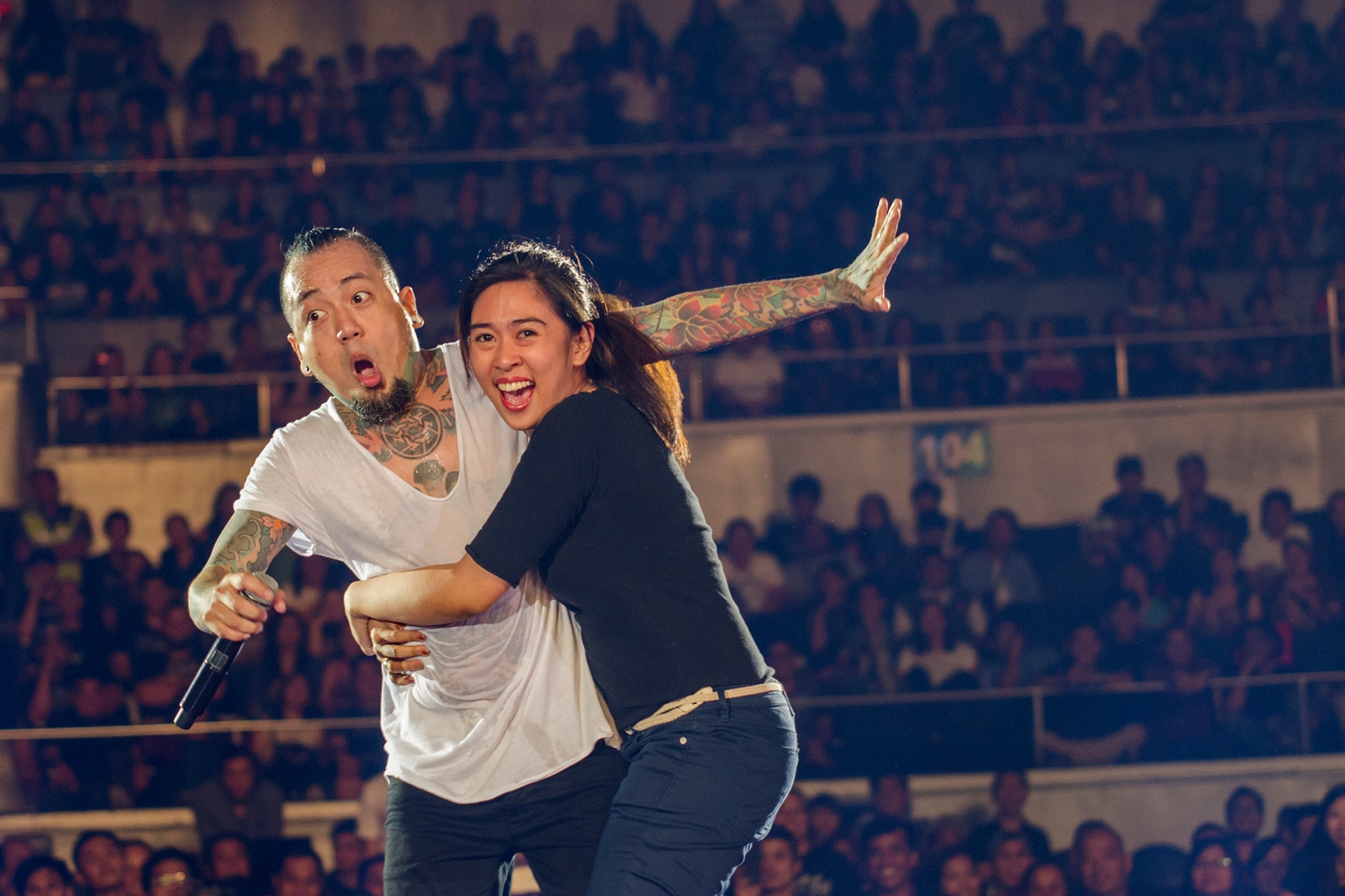 Kamikazee then thanked the people who became part of the band’s success. They recognized Dubai-based concert promoters, Spicy Lemon, for making the event possile. They also remembered their former manager, the late Richard Tan, who stuck with them during tough times. They also recognized Eric Perlas of Tower of Doom, their current manager, Kerwin Rosete and all their staff and crew. 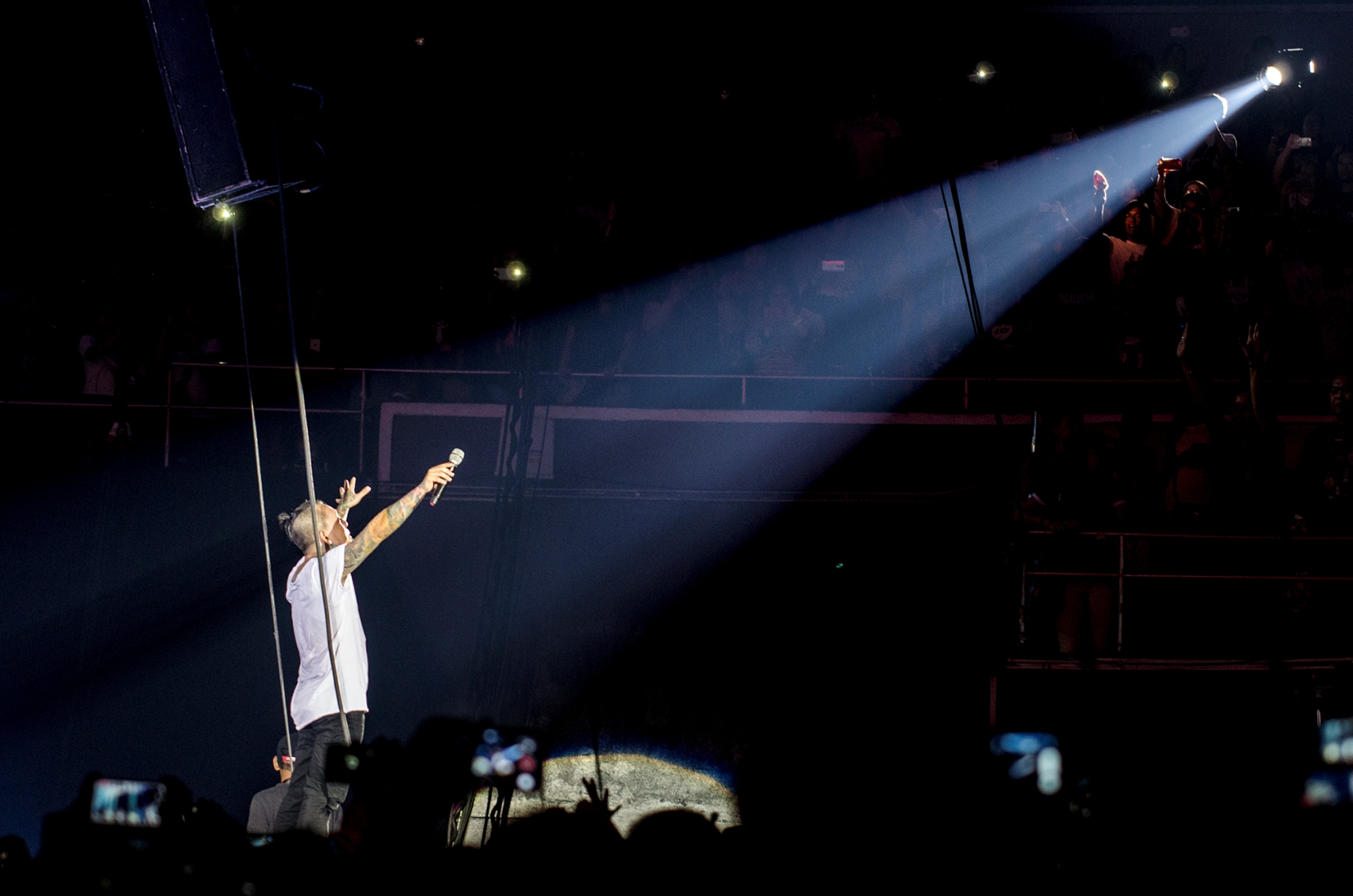 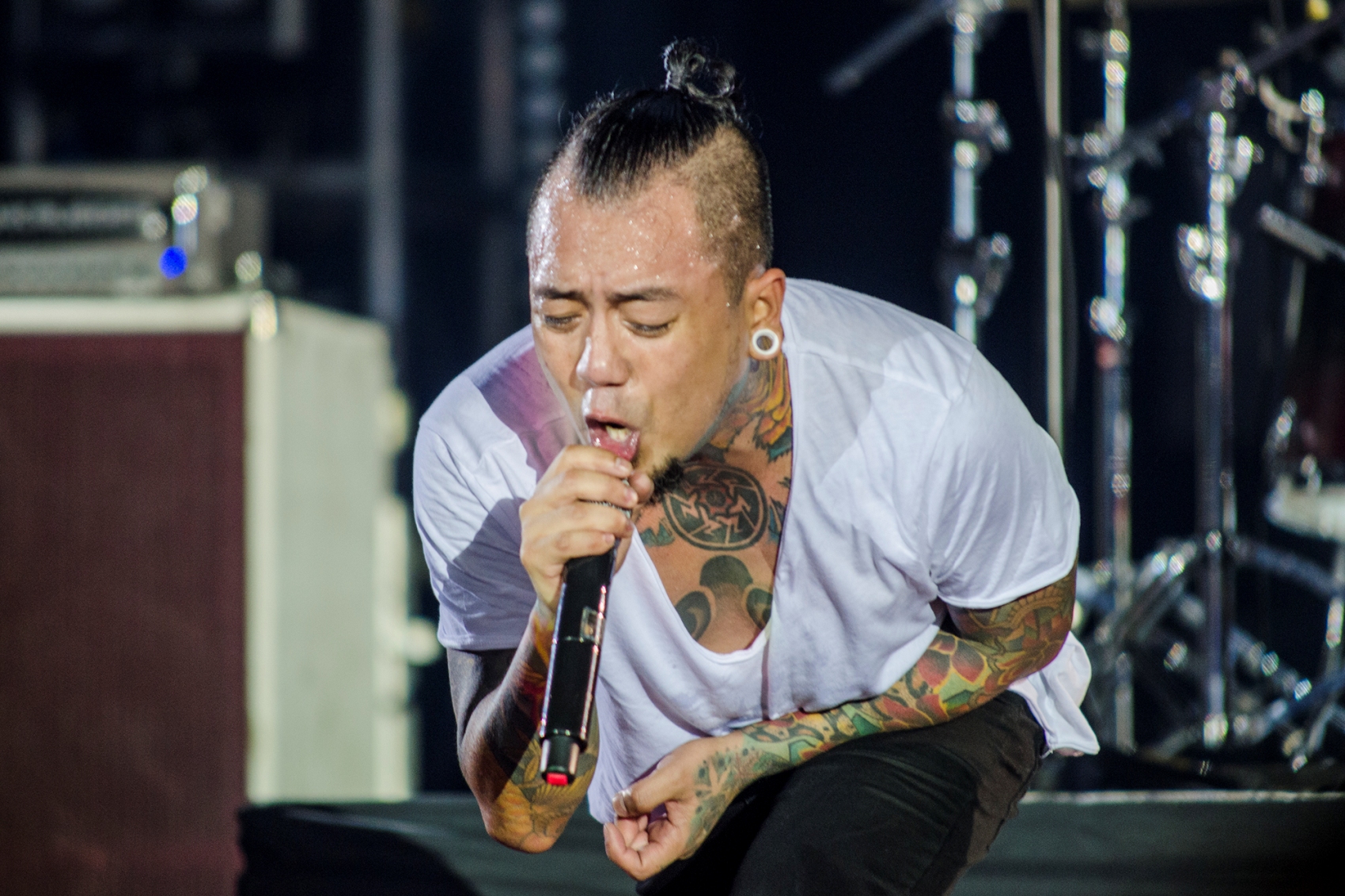 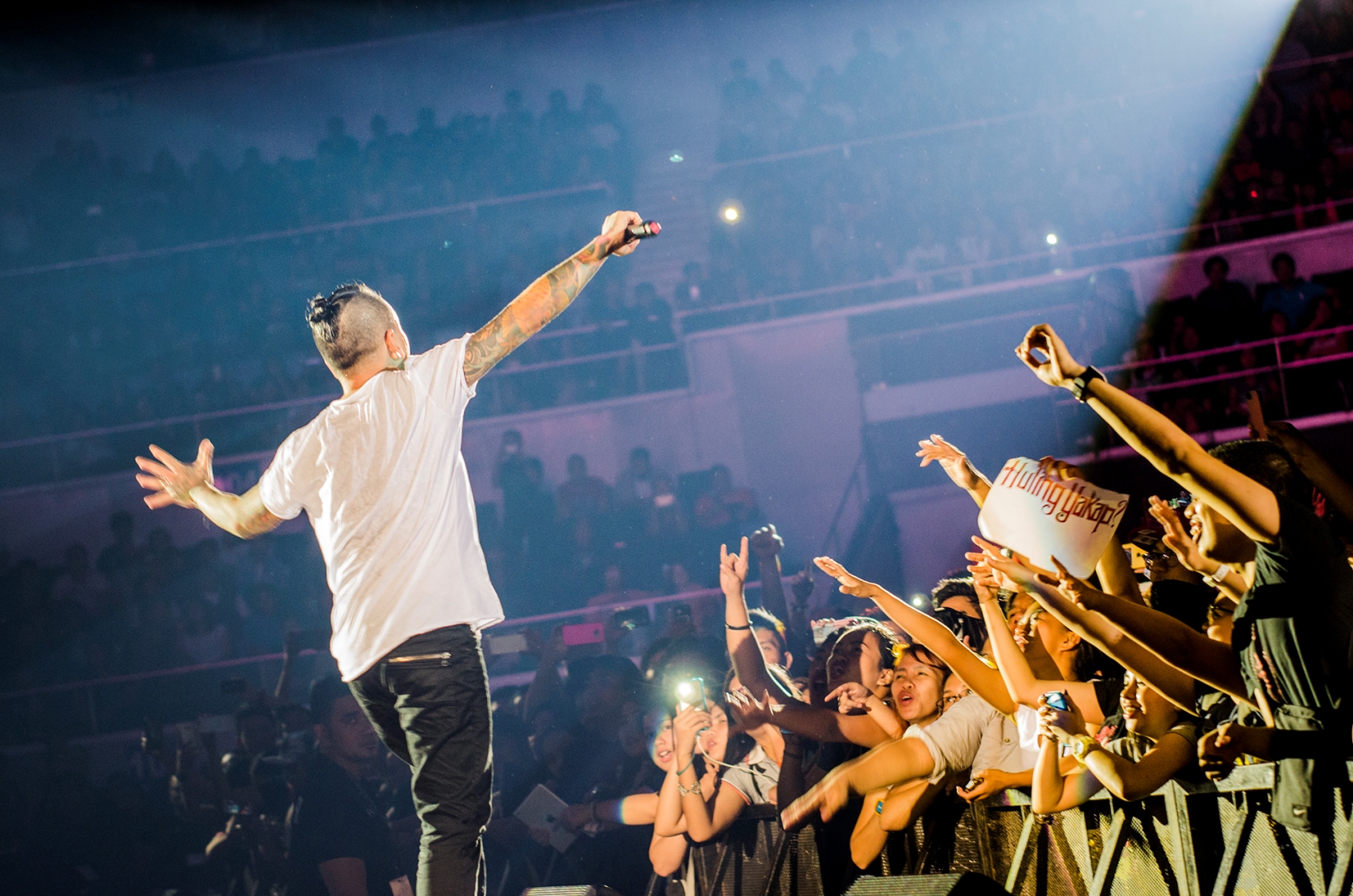 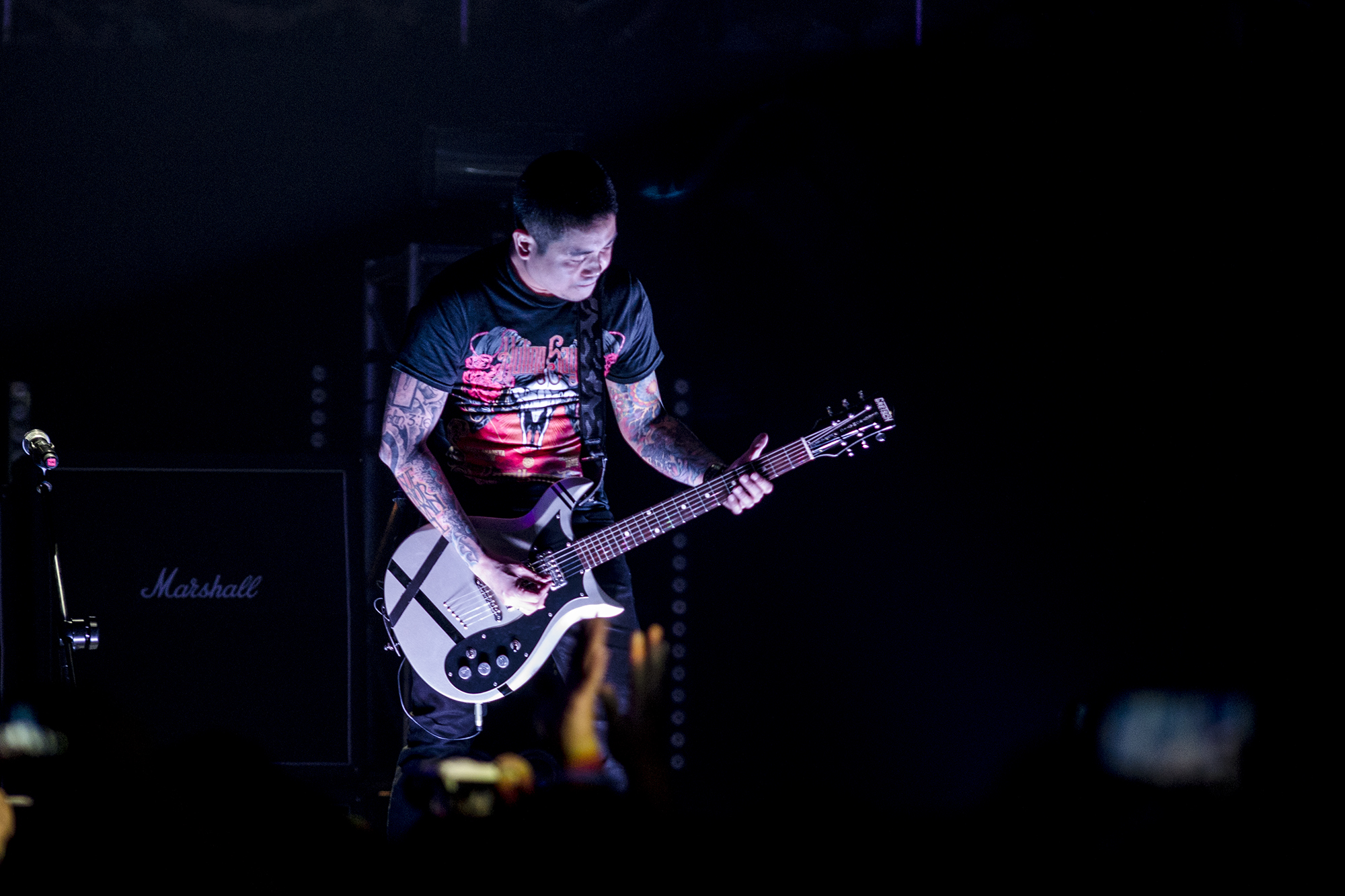 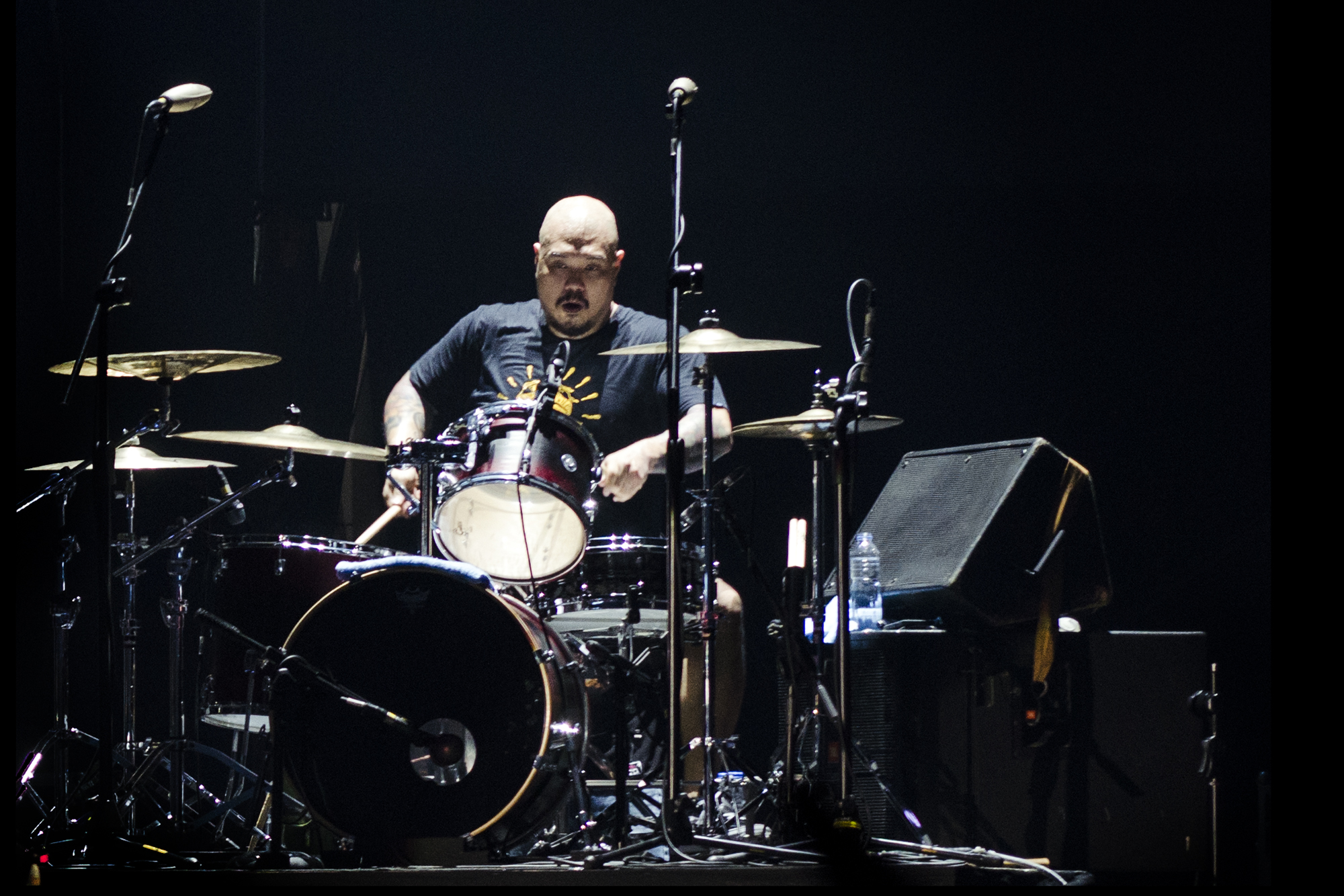 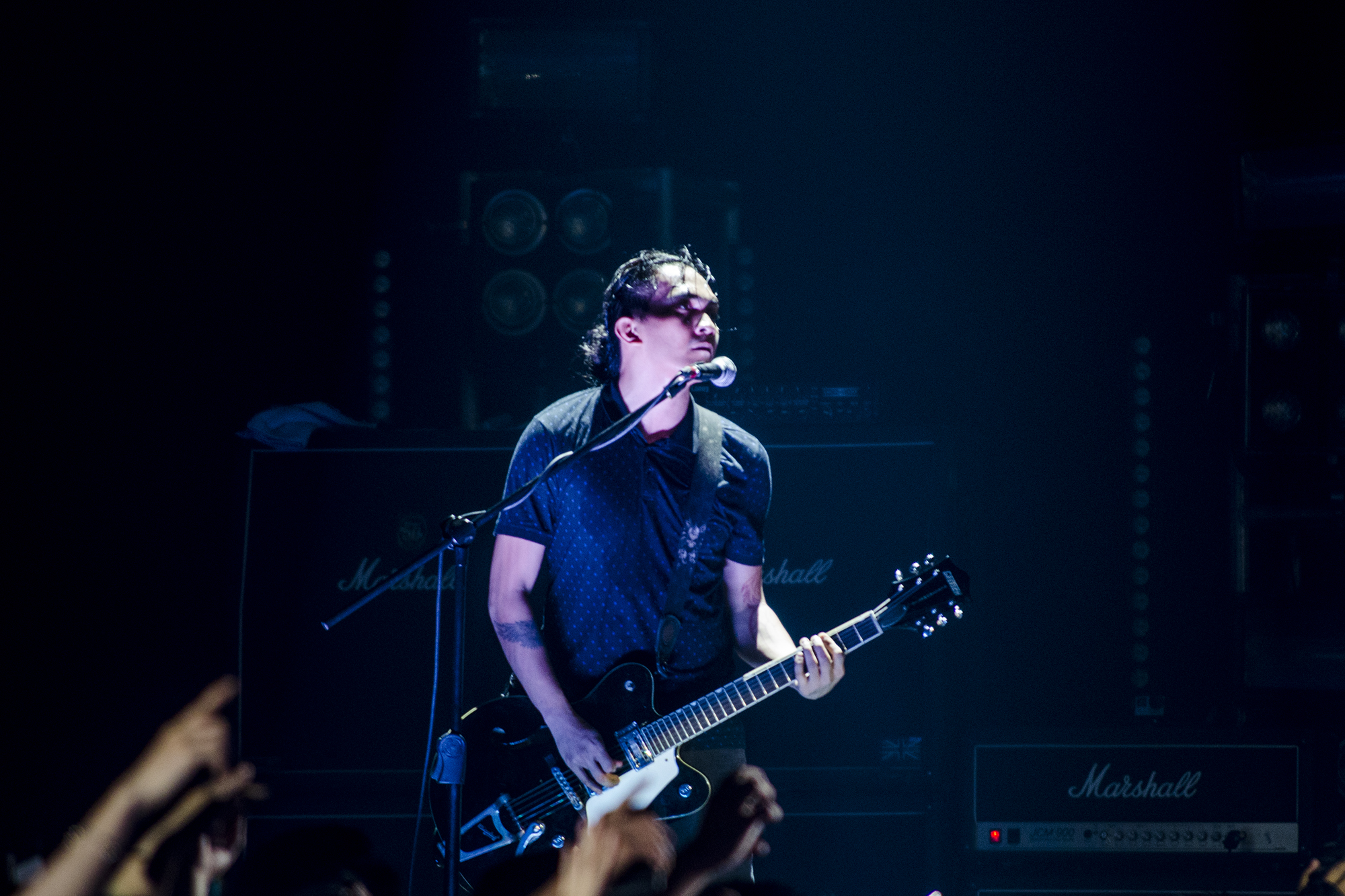 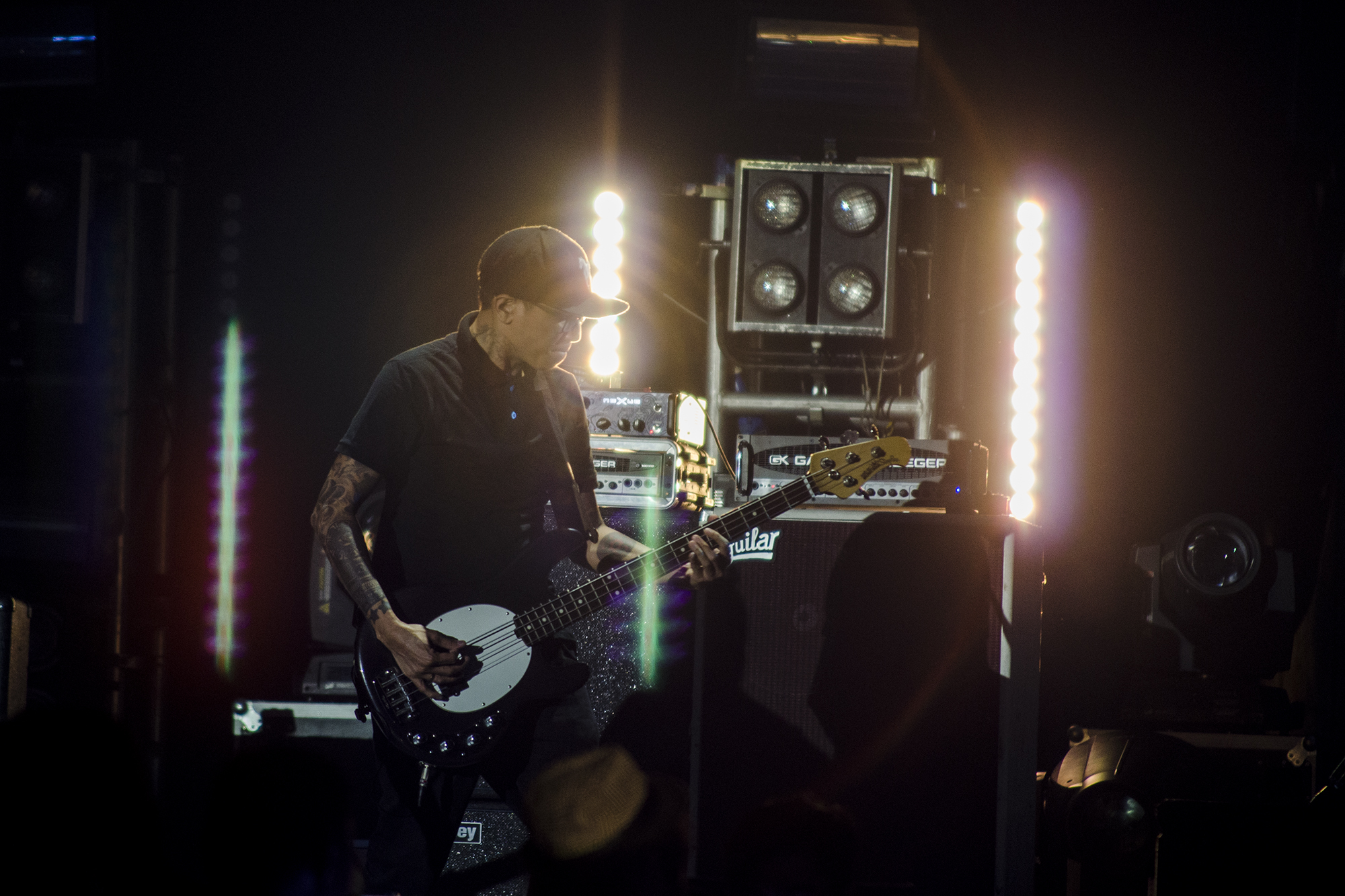 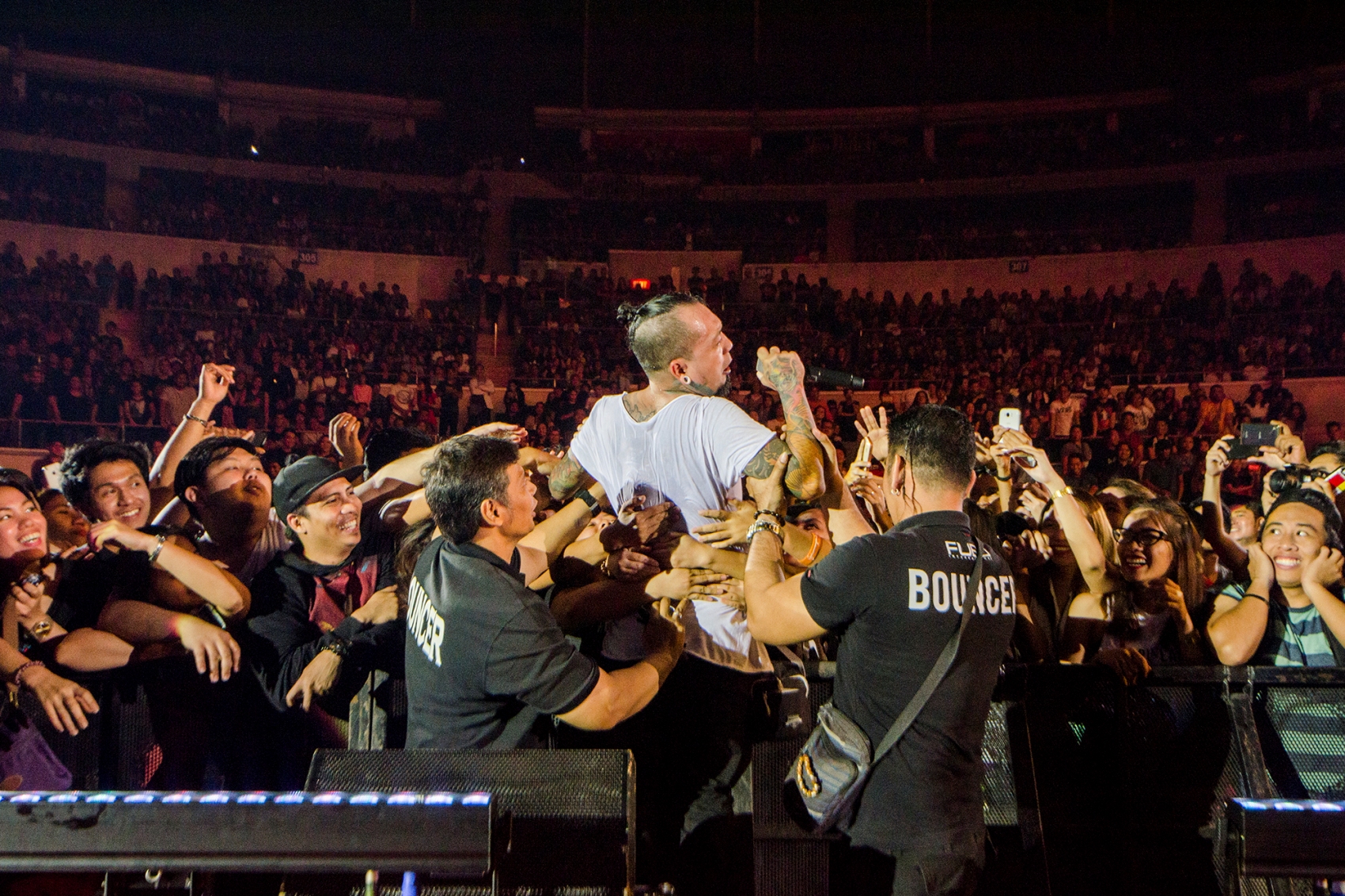 The band said in earlier statements that family was really one of the biggest motives for the band’s indefinite leave from the rock scene. (WATCH: What’s next for Kamikazee’s Jay Contreras after emotional #HulingSayaw?)

Contreras also added that he had a cyst on his throat and would actually undergo an operation in January 2016, which was another reason for their hiatus.

They also did a short cover of Hale’s “The Day You Said Good Night.” Kamikazee then shook Araneta with their hit rendition of Apo Hiking Society’s “Doo Bidoo.” Another early song was played next, “Tsinelas.”

Contreras then asked the audience to stand-up and jump. This had been a signal and the band and the crowd just suddenly fused together as Araneta Coliseum thundered with their finale song, “Narda.”

The last show was over. The energy from the evening lingered even as the lights dimmed. Fans and music enthusiasts left the Big Dome, remembering what Contreras said during the concert and their idols’ final bow.

This final show truly, was the universe’s best offering to the band itself and to the industry, after 15 long and fruitful years.  Thank you, Kamikazee. 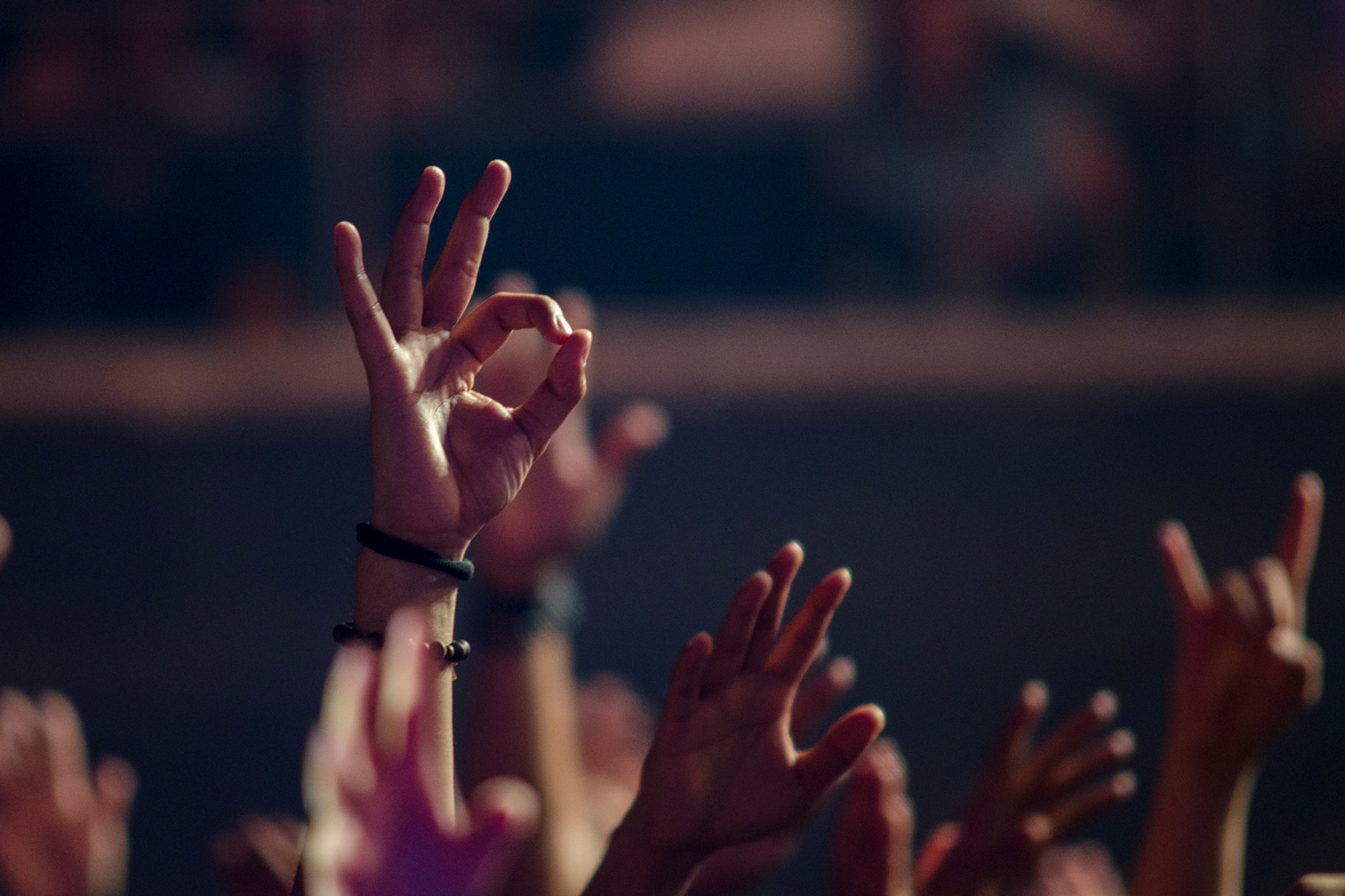