One OK Rock: Their time has come 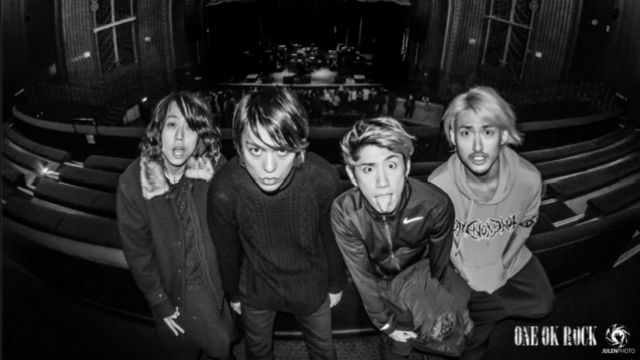 MANILA, Philippines – One o’clock has been the most meaningful hour for one of Japan’s most electrifying rock bands today.

Eleven years ago, way before they released “The Beginning,” the official theme song of the Rurouni Kenshin live-action movie, ONE OK ROCK had been rehearsing at one in the morning, simply because studio rates were way lower. Even then, vocalist Taka Moriuchi, guitarist Toru Yamashita, bassist Ryota Kohama, and drummer Tomoya Kanki have been breathing life into their first few songs during the first hour. (READ: One OK Rock coming to Manila in 2016)

It was also during this time of the day that the band was able to develop their own sound, their own take on Japanese rock. And so when they already needed to name themselves, they did not need to look far. ONE OK ROCK simply was one o’clock.

Backed by the recent release of their 7th album, 35xxxv, and their signature adrenaline-pumping live performances, they started to disperse forces in places outside Japan, even using their favorite clock position to invade the world music scene.

Worldwide attack at one o’clock

“Believe that time is always forever,” said a line from their song “Clock Strikes.” And true enough, the clock would forever strike at one, 24 times a day, in different parts of the world. In September 2015, in partnership with Yahoo! Japan, the band released 24 videos, featuring songs from 35xxxv, in a very timely manner.

The project kicked off at one o’clock in the morning of September 10, with the launch of a short video of the song “Cry Out,” which featured places in Japan. By the next hour, it was 1 AM again, in another part of the globe. And so the second video, which was for the song “Decision,” featured the band in attractions in Shanghai. Next, it was Bangkok’s turn to strike one, and a video for the song “Heartache” was released.

These 3 songs continued to join the rest of the digital world at one o’clock, in different time zones, for the succeeding 21 hours, with videos featuring places like Greenland, Gambier Islands, New Caledonia, Vancouver, and even Antarctica. As a bonus, they also released a 25th video, featuring the song “Memories.” The project lasted for almost 4 weeks.

But this Japanese rock band was not just aiming for the world virtual arena. They had dreams of dominating the actual world concert stage.

September 25, 2015 was written down in history as the day ONE OK ROCK finally reached the Western rock scene through their first-ever US release, under Warner Music. The band has re-recorded the album they launched in Japan into an all-English 35xxxv Deluxe Edition, with two additional songs, including “Last Dance.”

The band continued to earn fans in states like Nevada, California, and Florida through the “Back to the Future Hearts” tour, headlined by the American bands All Time Low and Sleeping with Sirens.

They’ve also visited fans in Russia, Germany, the UK, and the rest of Europe with the American band We Came as Romans as support act.

The way back home

Also released with the 35xxxv Deluxe Edition was the song “The Way Back.” And this song truly was a step heading back to the band’s roots.

The sound featured some of the band’s signature guitar strums, drum hits and powerful high vocals. It also showed some visual elements that were evident in their past music videos like the masked characters, and various locations. The video was also courtesy of Maxilla, the Japanese production outfit who also did the video for “The Beginning.”

This 2016, ONE OK ROCK would be reinforcing their Asian fan bases. The tour would jumpstart at the Asia World Expo in Hong Kong on January 14. They would then rock Taiwan, Thailand, Singapore and for the first time ever, the Philippines. On January 19, SM MOA Arena in Pasay City will be shaking with overpowering headbangs and enthusiastic jumps. Co-presented by PULP Live World and 28 Black, tickets have been available exclusively at SM Tickets outlets nationwide.

Will you be seeing One OK Rock in Manila? Let us know in the comments below. – Rappler.com

Sheen Irerick Seeckts is an avid fan of the Japanese culture and the rock band, ONE OK ROCK. She is also a freelance writer currently exploring the media industry and the world. You can read her blog here.