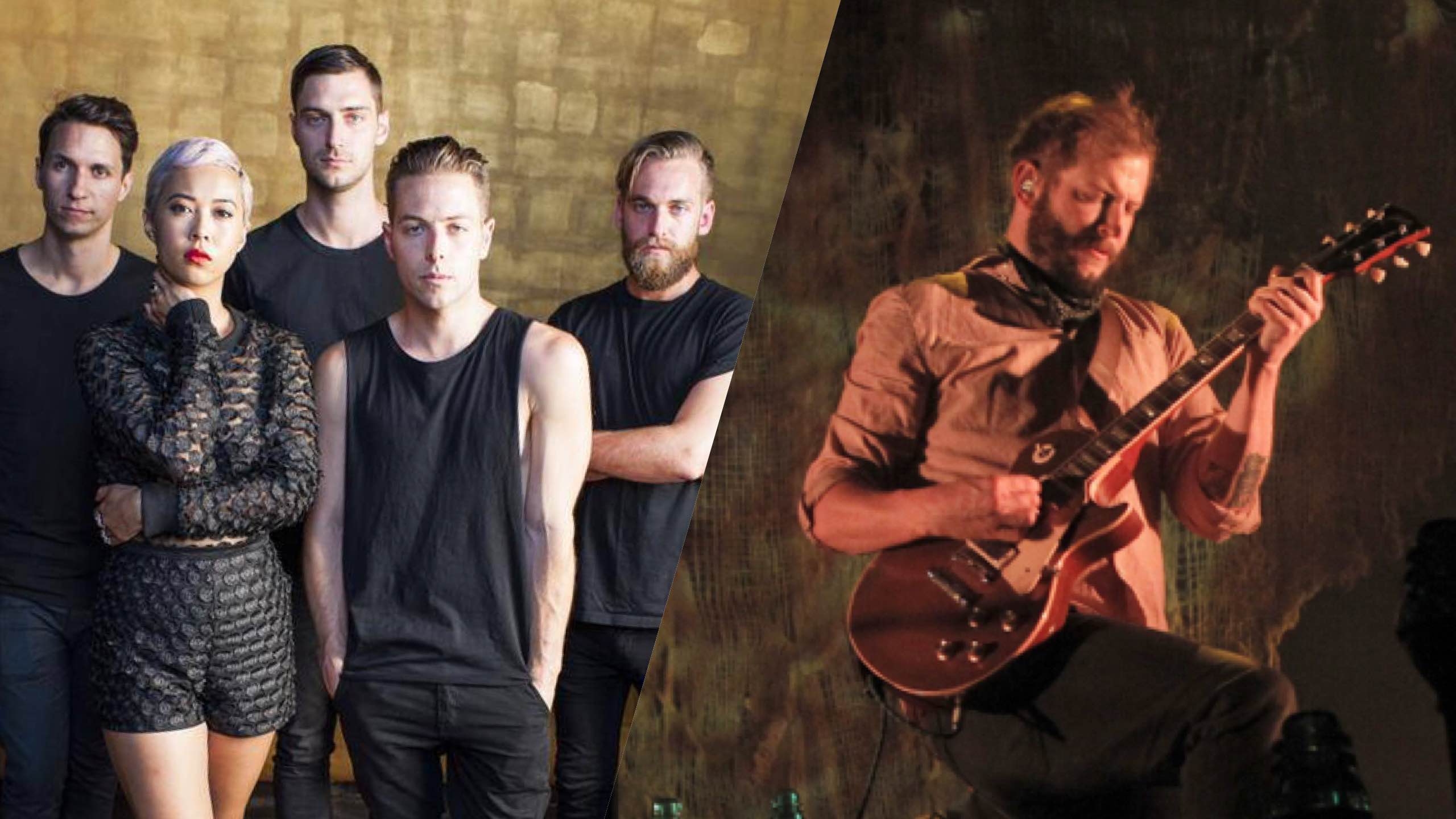 MANILA, Philippines – It’s the countdown to blast-off at Wanderland Festival 2016, as it gears up to show its most dynamic lineup yet in its 4th year.

This Saturday, March 5, music lovers will once more gather at the Globe Circuit Events Ground to soak up the sun and revel in the evening’s tropical breeze – all set to some amazing live music acts.

The lineup is stellar, with Bon Iver and Death Cab for Cutie headlining the bill and playing alongside international and homegrown acts like The Naked and Famous, San Cisco, Panama, Blackbird Blackbird, Cheats, CRWN with Jess Connelly, Chad Valley, Commandeur, Curtismith, Jensen and the Flips, and Oh Flamingo.

We spoke with Bon Iver’s Justin Vernon and The Naked and Famous vocalist Alisa Xayalith through email. Here, we talk about their music careers and touring – especially in Manila with their upcoming Wanderland sets.

The Naked and Famous 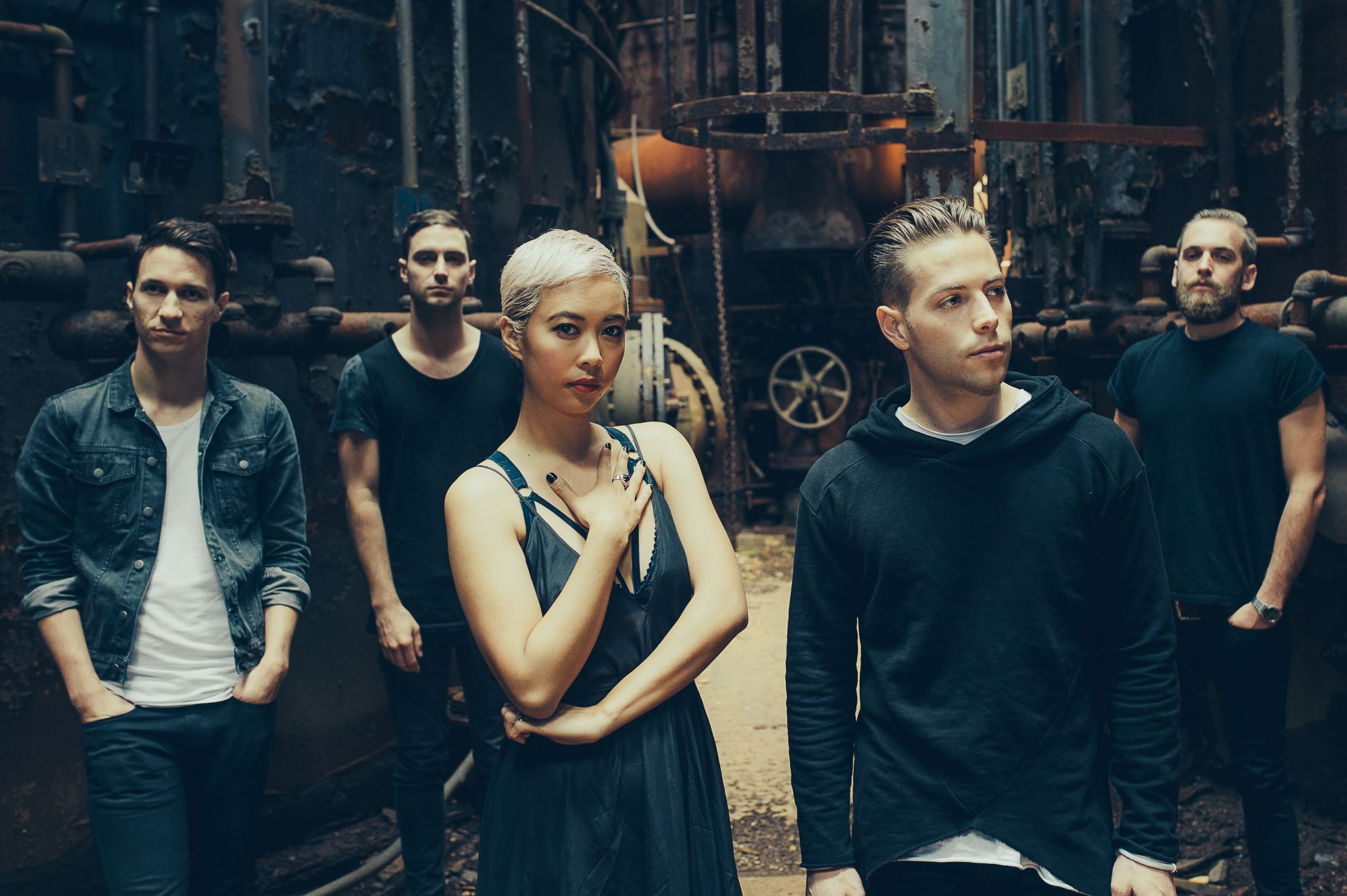 Their name, they say, comes from the lyrics of ‘90s trip-hop artist Tricky’s song “Tricky Kid,” which sounds a bit peculiar at first – especially as an indie band back then in 2007. Vocalist and guitarist Thom Powers told Spotify News, “At the time it just seamed obviously ironic for us ‘cause we were just a small indie band with small and realistic ambitions.”

He added, “As time has gone on though, I think it’s given it more meaning because we are now a global band, and it’s important that, as we’re becoming more well-known, it does still remain ironic. ‘Cause it is kind of trivial and silly.”

Their synth-driven post-punk tunes are anthemic and exhilarating in their intensity – evident in their 2 studio albums, Passive Me, Aggressive You (2010) and In Rolling Waves (2013).

However, “Young Blood” (from Passive Me, Aggressive You) – with its shimmery electronic hooks and catchy melody – was one of the game-changers that catapulted them to international fame. It became a chart-topper not only in their home country, but in Europe and the US as well.

The band moved to Los Angeles when they recorded In Rolling Waves. Now, they’re flying in to play for their Manila fans, but also to have a good time themselves, as vocalist Alisa Xayalith tells us:

You seem to be pretty thrilled by getting to play alongside Bon Iver at Wanderland, as evidenced by your Facebook post. But did it ever occur that someone else in the lineup might be even more thrilled to play on the same stage as you?

Alisa Xayalith: We are super thrilled to be playing alongside Bon Iver and Death Cab for Cutie! We spent our formative years listening to their records. It’s going to be special for us.

I remember hearing about Bon Iver for the first time on this music blog called RCRD Label and they had a free download of the song “Blood Bank,” I remember the first time hearing that song. I had it on repeat for the longest time.

As for other bands who are thrilled to be playing alongside our mugs… That’s so cool.

In relation to the previous question, who else would you geek about or get starstruck by if they’re playing at the same festival as you?

After we play Wanderland Festival, we are playing a festival in our hometown NZ [New Zealand] and The National is on the bill with us. I’m the biggest fan. This band means so much to me. But I’m too much of a shy girl to go up to any of them.

The last time I fangirled over a band, I smiled and wanted to say something but no words came out, I was so star struck. I felt like such an idiot. That’s enough to deter me from flirting with the idea of meeting bands I am a big fan of.

It’s been quite a while since you’ve announced something about your upcoming third album. Can we get an little update about this? Or at least, tell us how it has been working on the new record so far.

Alisa: We are working on it, day in and day out. It’s like this never-ending process and we’re right in the middle of everything. I will say, we really want to get this right. So time is necessary. We wouldn’t feel right if we rushed to release something.

But with that being said, we all have a sense of urgency about having LP3 done. So more patience is needed and before you know it, the silence is going to be broken with something we feel super proud of.

Bon Iver frontman Justin Vernon’s croon soars above strains that conjure up images of vast, wintry, pine-dotted expanses. His is a restrained and tranquil falsetto, but soul-stirring and evocative of the landscapes of his native Wisconsin.

His indie folk band’s critically acclaimed debut album For Emma, Forever Ago (2007) was filled with stripped-down but exceptionally heartbreaking tunes. Take for example its signature track, “Skinny Love,” and its words, “I tell my love to wreck it all / Cut out all the ropes and let me fall.”

With the follow-up record, Bon Iver, Bon Iver (2011), Justin and company took things in a different direction with tracks like “Holocene” and “Calgary.”

“I brought in a lot of people to change my voice – not my singing voice, but my role as the author of this band, this project,” Justin told Rolling Stone about the notable collaborations that helped “change the scene.”

Their efforts handsomely paid off as they took home 2 Grammys in 2012: Best New Artist and Best Alternative Music Album. In the same year, however, they announced a hiatus from shows and new music.

But now, they’re back – even playing new tracks – and going to parts where they’ve “never been.”

It’s been a while since you’ve played live prior to the Eaux Claires Music & Arts Festival in 2015, and now you’re actually touring in parts where you’ve never been. Having played different shows and festivals on your side of the planet, what are you expecting from the Asian crowds, especially in Manila?

Justin Vernon: I can’t expect anything. If one person shows up to each gig and has the experience they are looking for, I’ll be deeply satisfied.

You curate Eaux Claires together with The National’s Aaron Dessner. What’s it like mounting a music festival – working with a team, drafting the lineup?

Justin: It’s a lot of work, but just extremely fun, engaging and rewarding work. Aaron is a huge blessing, as a friend, collaborator and outlet.

You’ve worked with some illustrious musicians over the years – Kanye West, James Blake, Alicia Keys… How do collaborations as wide-ranging as these figure in your own songwriting? Also, can you tell us which ones were particularly memorable?

Justin: Working with every person is different. There are different reasons for each situation existing. I feel one thing I’m good at is recognizing why the situation is existing and serve the song above all else. It’s easy when you are fan of what these people are doing, ya know?

There may be some pressure coming from all sides – especially the fans – for new music: a studio album, or at least an EP. How do you not cave into the pressure? Or, how do you know when a full-length album is ready for release?

Justin: Well, I don’t cave to that. I appreciate people want more. That does factor into it. But I have a deep truth trigger… with this project, with these albums. I just know when something is ready to share… It must incubate and grow into a final thing. Something that feels truly complete. At the same time without being too precious. Patience and growth. Those are the keys.