WATCH: Kanye West performs ‘Famous’ live for the first time in PH, gives speech about it 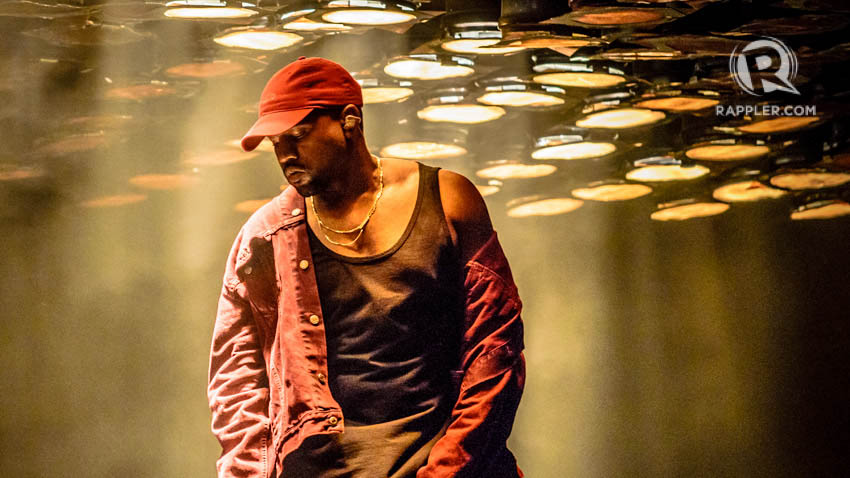 They loudly chanted, “Yeezy! Yeezy! Yeezy!” as Kanye emerged on stage bathed in an array of spotlights. But the crowd was even more thrilled as the rapper premiered live performances of tracks from his latest album, The Life of Pablo, including “Famous,” featuring vocals from Rihanna.

The crowd was receptive as they rapped the lines out loud. Kanye recognized this, saying: “You don’t know, it’s really overwhelming for me to perform the song for the first time and for y’all to react to it in that way.”

He added, “I fought to make that the first single off [Life of] Pablo.”

Watch a short clip below:

Kanye performed the track twice, before he spoke about it: “I wanted you to know, the whole time, you know – in the spirit of Nina Simone, in the spirit of real artists – this is the song that broke the writer’s block to me.”

“There’s something that I wanted to say so bad, that they told me I couldn’t say,” he told the Manila crowd.

“That night, when I went on stage was the beginning of the end of my life. Lady Gaga canceled the tour the next day,” recounted Kanye, referencing his infamous MTV Video Music Awards (VMAs) 2009 interruption of Taylor Swift’s acceptance speech and his cancelled co-headlining show with Lady Gaga, Fame Kills.

“You know the night I’m talking about, when I just said what everybody else was thinking,” he added. “So if I get in trouble for saying the truth, what’s being said the rest of the time?”

“And I had to fight every day of my life when the whole world turned against me for saying out loud what everyone else felt,” Kanye continued.

"Say what you f*cking feel" – The Gospel of Yeezus pic.twitter.com/Uy4zWz41Nk

He asked the Paradise crowd if he could perform it for a third time, to which the crowd enthusiastically agreed with a “Yes.”

“Famous” sparked controversy for its line referencing Taylor Swift: “I feel like me and Taylor might have sex / I made that b*tch famous.”

In a series of tweets last February, Kanye explained that he was not dissing Taylor, claiming even that she “gave her blessings,” and that the line was also “actually something Taylor came up with.”

Taylor’s representatives clarified the matter in a statement issued to Entertainment Weekly: “She declined and cautioned him about releasing a song with such a strong misogynistic message. Taylor was never made aware of the actual lyric, ‘I made that bitch famous.'”

“But if you just focus on the work and you don’t let those people sidetrack you, someday when you get where you’re going, you’ll look around and you will know that it was you and the people who love you that put you there,” she continued. – Rappler.com