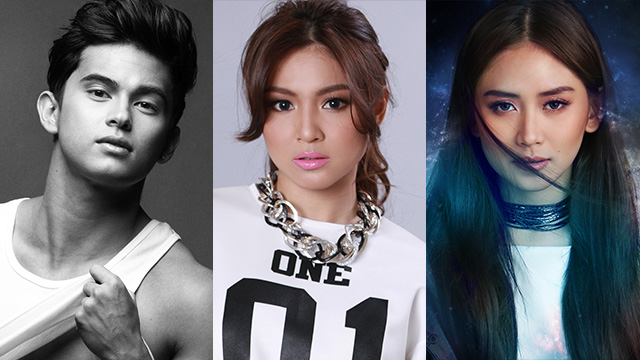 You can catch all of the other stars at MTV Music Evolution at the SM Mall of Asia Concert Grounds on Friday, June 24.

Singer-songwriter and all-around performer Gary Valenciano needs no introduction, his high-energy performances have wowed his fans for years. Aside from performing, Gary was also a judge in season 2 of Your Face Sounds Familiar, along with Jed Madela and Sharon Cuneta.

Meanwhile, his son Gab has been nominated for an MTV Video Music Award for co-choreographing Beyonce’s “7/11” music video, directed Jessica Sanchez’smusic video, and danced in a music video for Pitch Perfect 2. Check out Gab teaching Rapplers and musician Tanner Patrick how to do one of his famous “Super Selfies” below:

Dance music group Far East Movement first made waves in 2010 with their song, “Like a G6.” Since then, they’ve collaborated and performed with many other artists. Check out their latest collaboration with Hook N Sling here:

Bebe wrote songs for the likes of Rihanna and Pitbull before releasing her own EP in 2015. Listen to her latest song with Nicki Minaj below:

James Reid and Nadine Lustre were an onscreen couple before they became a couple in real life, making their relationship public right before the end of their popular TV series, On the Wings of Love.

James released his self-titled debut album in 2013, while Nadine was formerly a part of the teen girl band Pop Girls. Her solo album, Nadine Lustre, was launched in 2014.

The two performed together in a concert titled “Jadine in Love,” followed by a world tour of the same name.

On May 26, MTV announced that pop star Sarah Geronimo won’t be performing at the event anymore, due to health concerns.

In a press statement, Paras Sharma, Senior Vice President of MTV Asia said: “We are disappointed that she cannot share the stage with her fans in the Philippines and with the world on June 24th. We wish Sarah a speedy recovery. Health comes first.”

MTV Music Evolution Manila puts the spotlight on the finest acts making waves in the country, the region, and beyond.

Its first edition, held at the Quirino Grandstand in Manila, featured performances from top hip-hop acts such as Naughty by Nature, YG, apl.de.ap, DJ Cash Money, Abra, and Gloc-9.

Tickets are not for sale and may be won by correctly answering a question on www.mtvmusicvevo.com from April 26 to June 12 – among other contests.

More details about the event will be released soon. Visit www.mtvmusicevo.com for additional information. – Rappler.com