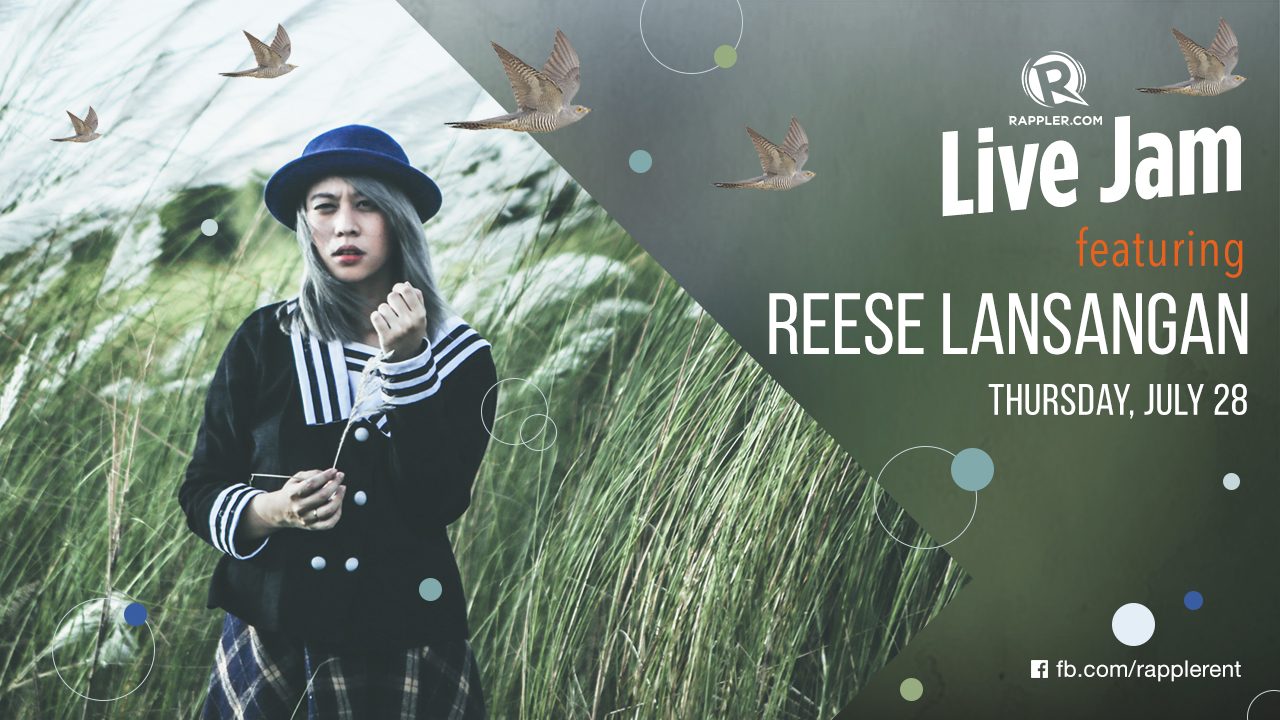 Facebook Twitter Copy URL
Copied
Singer, songwriter, artist, graphic designer, and fashion designer Reese Lansangan wears a lot of creative hats. Watch her Live Jam to listen to her ultra-cool music, and hear her talk about her awesome work, too!

Whether it’s a guitar or ukulele in her arms, or her whimsical and ethereal artwork – there’s magic in Reese’s work. But there’s rhyme and reason to it.

As written on her website, Reese’s work is “heavily influenced by childhood, science, Asian iconography, and pop culture, branded with a hint of humour. In both her art and music, she is keen on dissecting and shedding light to everyday phenomena that are commonly overlooked.”

As a musician, she has certainly been making her mark in the local scene.

With Vica Hernandez in her college days, she played in the duo Reese & Vica, and they even won NU107’s College Band of the Year in 2010.

She collaborated with rapper extraordinaire Abra in the song “‘King Inang Bayan,” an anthem that tackles hard-hitting social issues.

Must-listen tracks include “On Wednesdays We Wear Pink” – an homage to the perennially quoted Mean Girls movie; “Grammar Nazi”; and “Saint Petersburg” – a song that evokes soul-searching and traveling to far places.

Here are Reese’s songs from her Live Jam guesting:

Taya (Up Dharma Down cover)