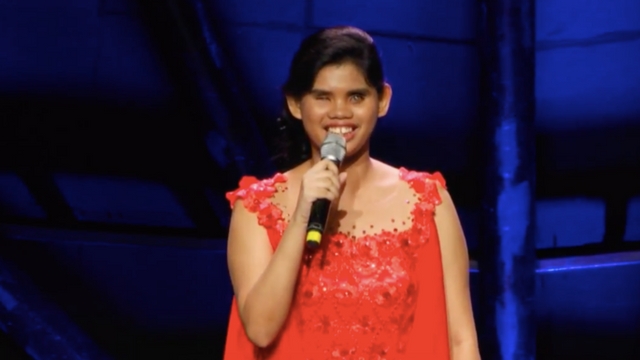 MANILA, Philippines – Like most musicians who started out online, Alienette Coldfire owes a lot of her success to technology.

The singer shot to fame when she joined France’s Got Talent, where she placed 3rd overall. But before that, Alienette – who comes from Capiz and whose real name is Katchry Jewel Golbin – already flirted with fame when a video of her singing Mariah Carey’s “I’ll Be There” at a mall karaoke machine went viral.

“The importance of technology is evident in my musical journey and in my life in general. Technology has got me discovered and it has opened me to the world and to countless possibilities,” Alienette said when she got up on stage to deliver the opening performance at the Social Good Summit on Saturday, September 16.

But more than just helping her broadcast her music to a global audience, technology also plays its part in the actual creation of the music.

“Music-making is a lot easier for me now than it was before,” she said, sharing how the song she was about to sing was co-written with a Japanese pianist she met online.

“What we usually do is record piano instrumentals to which I just add melody and lyrics and it all happens through one social music app. It’s actually amazing,” she said.

The result of their collaboration is a song titled “After the Rain.”

“I dedicate it to everyone who is going through troubles in life. It’s pretty simple but it pretty much represents the person that I am,” Coldfire said. – Rappler.com