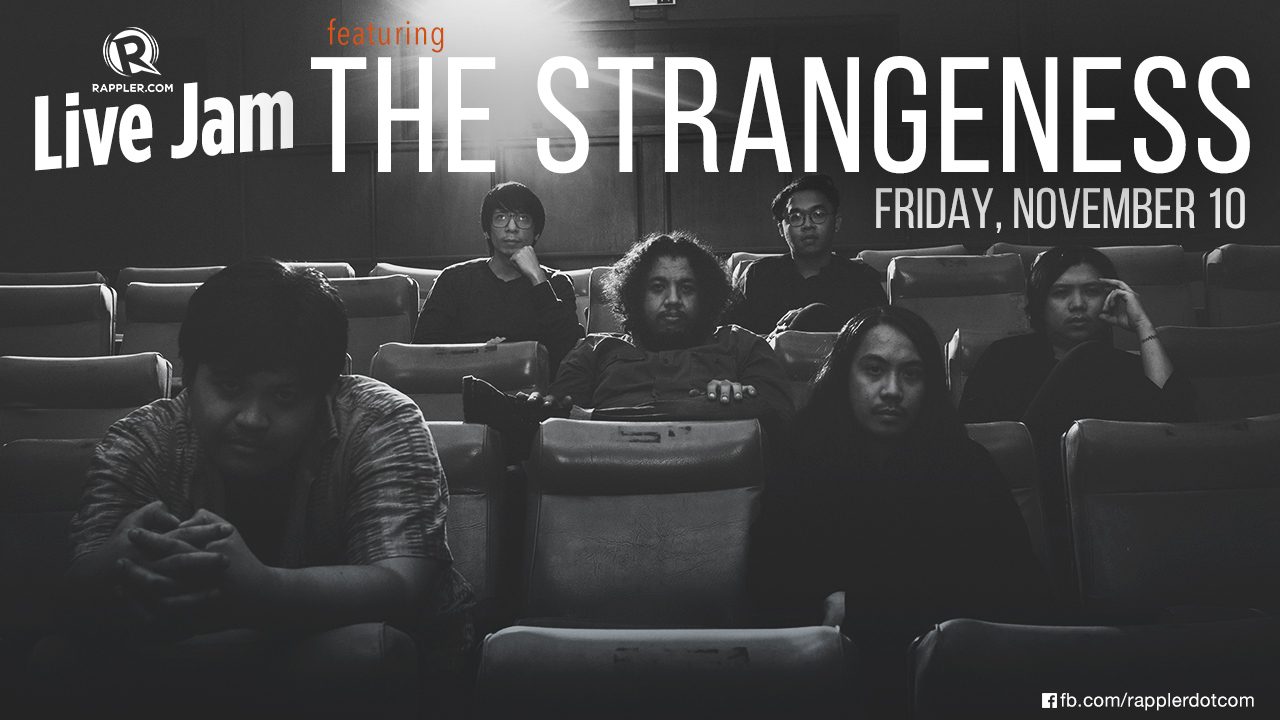 MANILA, Philippines – The Strangeness is performing on Rappler Live Jam!

The alt-folk band, made up of Francis Cabal, Jayme Ancla, Bijan Gorospe, Erwin Hilao, Ivan Brosas, and Paolo Arciga came together in 2010. Seven years later, they are set to launch their full-length debut album, Scorned as Timber, Beloved of the Sky.

The album, which will be launched on November 24 at Mow’s Bar in Quezon City, includes 11 tracks, which the band wrote over a span of 4 years.

The Strangeness performs “Ramblin’ Man,” inspired by an old country song of the same name.

The Strangeness performs “Nuance,” a love song about a guy addressing his ex-lover’s new man.

The Strangeness performs “Liliw,” a song from their debut album, Scorned as Timber, Beloved as the Sky.