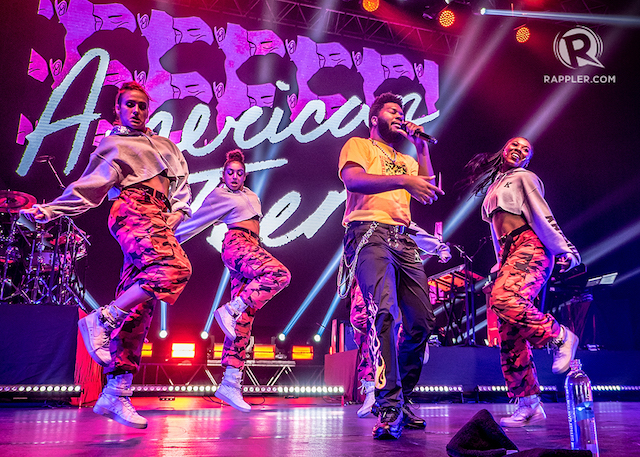 Most folks never find their purpose in life, but one could argue that Khalid Robinson has certainly found his. Known by his stage name as simply Khalid, this young man hails from Texas and has recently burst onto the music scene with a unique mixture of old soul and fresh pop.

His music catches your ear with an R&B vibe, yet consistent to what you would hear at an EDM festival.

A talented 20-year-old singer/songwriter who graduated from high school in 2016, his work lyrically speaks of the experiences and challenges that face today’s youth in an age of technology. 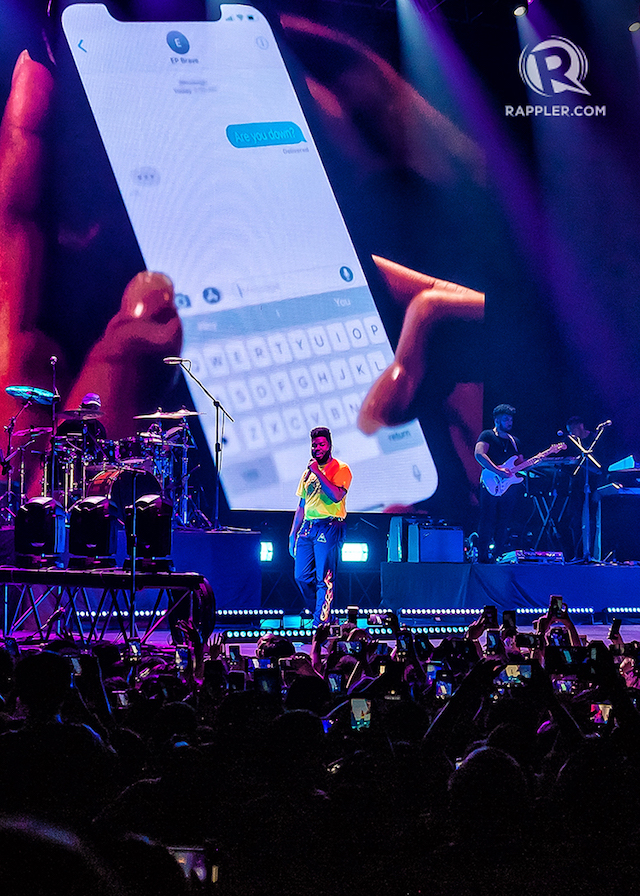 It’s authentic and relatable on many levels and you don’t have to be in your teens to appreciated what he has created. There’s a timeless retro element in the style and the words, everyone had to grow up so most folks can relate regardless of their generation.

“Young, Dumb and Broke” is catchy ear candy for any age. 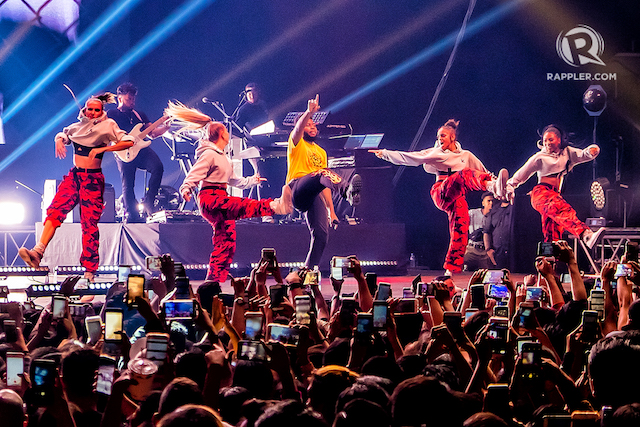 “Manila, you guys are the loudest on the tour so far…” he said, “I wanna thank you guys for all the love, you treat me as if I live here.” 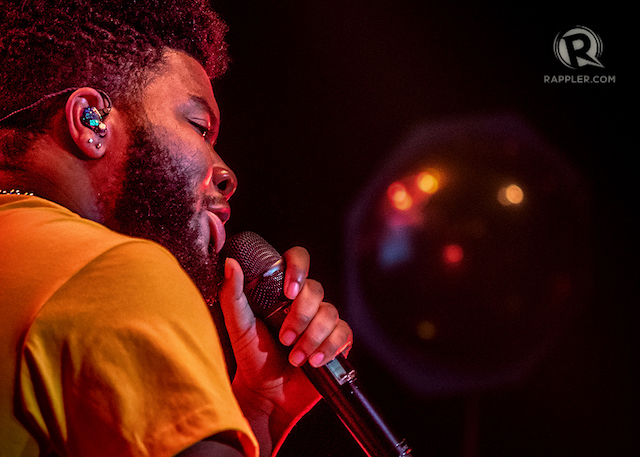 You can see why there was such a turn out for this concert with the popularity of his debut album, American Teen, has reached platinum-selling status.

Despite Khalid’s youth, his songs reflect a veterans skill level when it comes to songwriting and a depth that eludes many artists even later in their years. His tracks captivate the listener with a sophisticated blending of choruses and verses that mingle on the page and linger in the mind. 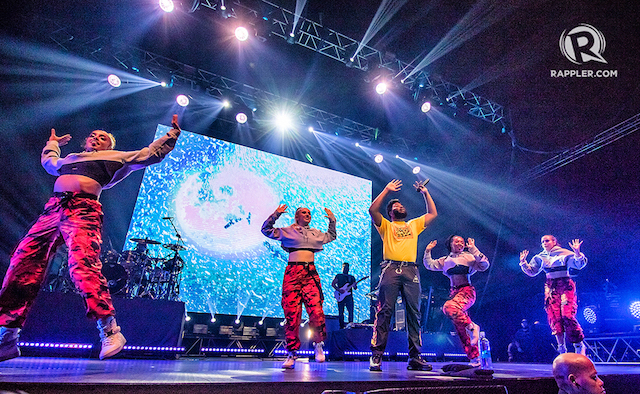 The live vocal performance for the evening wasn’t as consistent or as strong as you hear on his recorded versions, however, stage presence is a learned skill and there is no substitute for experience. 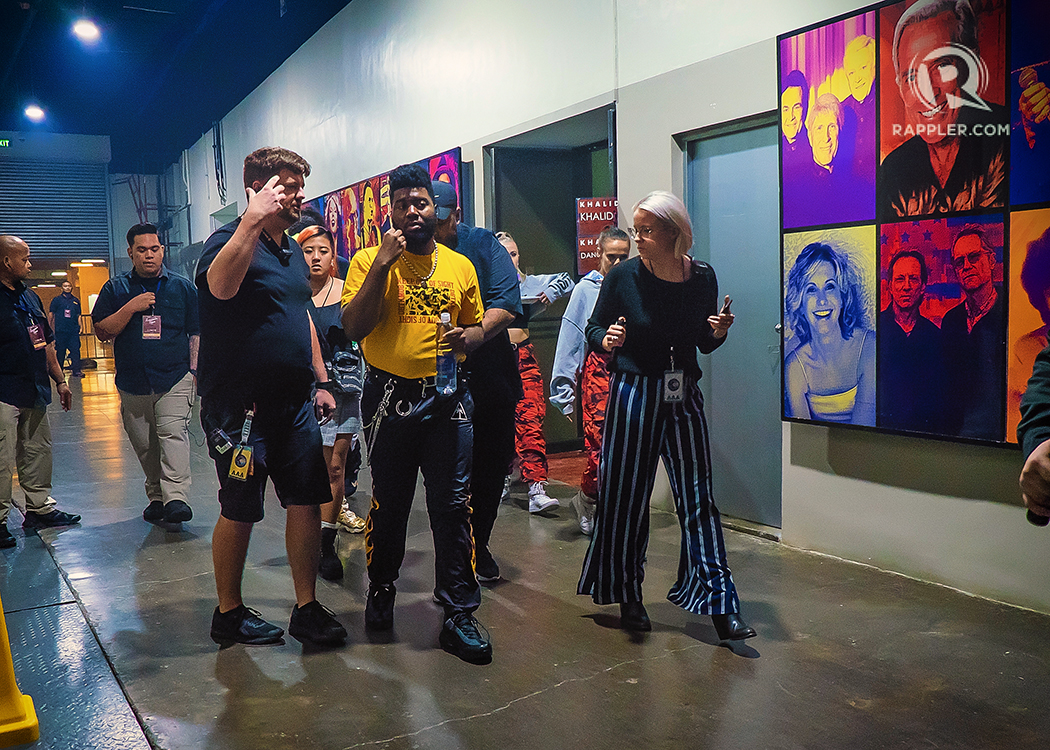 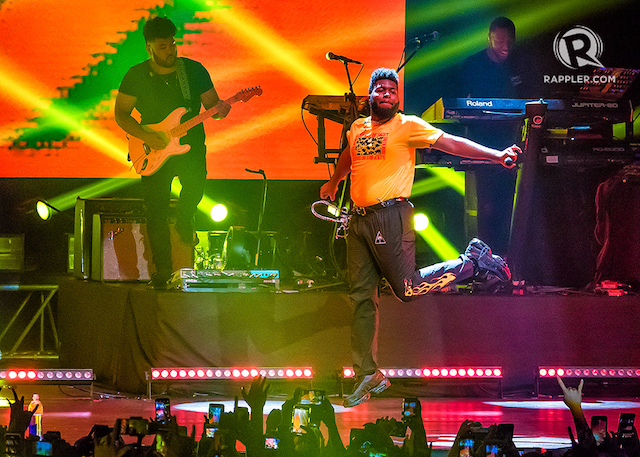 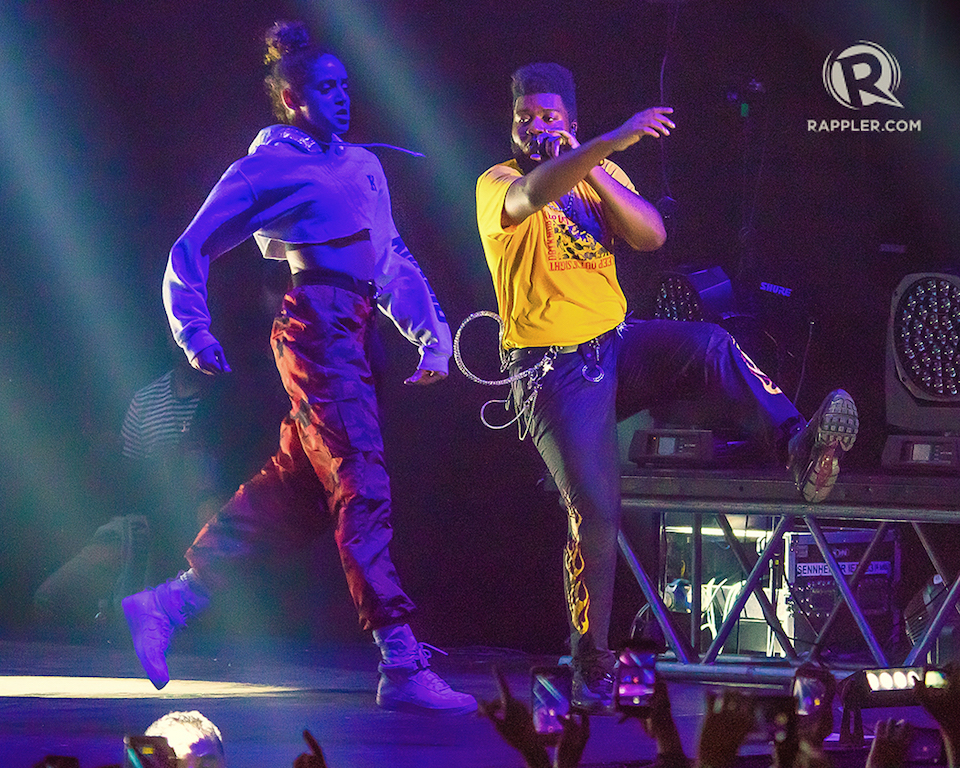 At times, the heavy backbeat had a tendency to overwhelm the live vocals which masked his rich tonal quality. That being said, I cannot tell you how refreshing it is to hear a distinctive sound that captivates many, yet does not follow the typical recipe of today’s top 40 hits.

It was not your typical night in Cubao either, where a millennial demographic flocked to the jam-packed Smart Araneta Coliseum like moths to a flame. 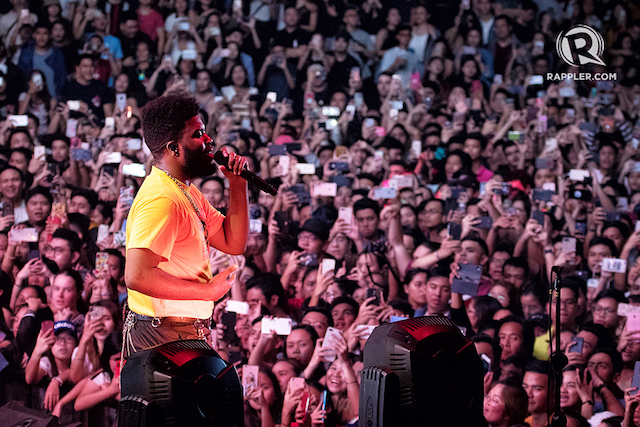 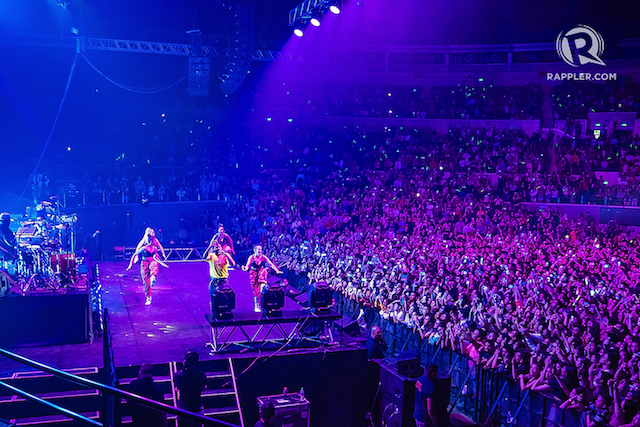 The Big Dome’s main floor was arranged as standing room only, which makes sense, even with designated seats most of the crowd were on their feet the entire night anyway. The music keeps you swaying to the beat.

As the house lights went down, the ear-piercing shrieks went up as Khalid opened the show with “8TEEN” and the attendees sang along in unison; “because I’m eighteen / And I still live with my parents.” He covered the stage well and was often accompanied by a 4-woman dance crew. 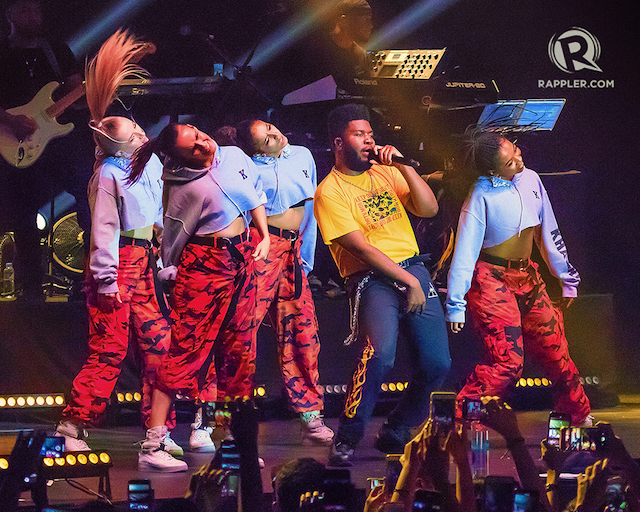 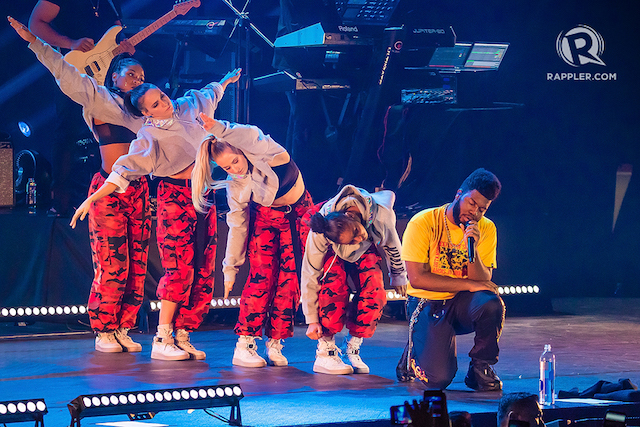 There was not much banter in between songs, the music did the talking here with plenty of distinctive crooning showering the adoring crowd. 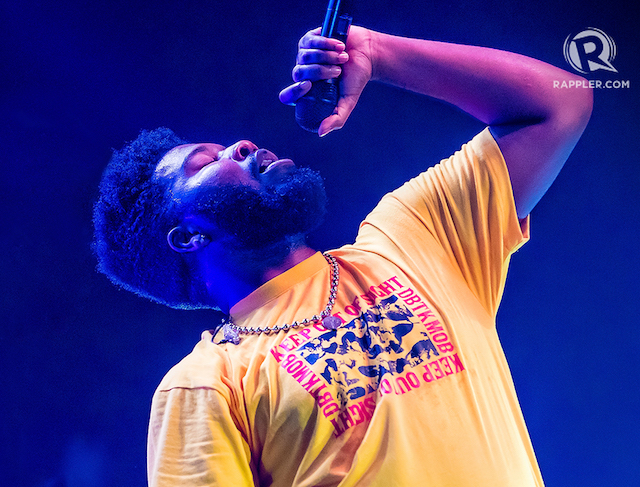 About halfway through, the show took a respite of sorts signaled by a stagehand carrying out the ubiquitous bar stool to start an acoustic set. Upon conclusion of a mix of his R&B soulful ballads, it only took a few notes for the attentive audience to recognize his biggest hit so far, “Young Dumb and Broke” and almost instantly they regained the high-level of excitement in which the concert began.

Most artists would have saved this track for last, so it was delightful to hear at this point and shows a level of confidence that there is more to come. His bubbly personality shone on-stage with a million dollar smile that lit up the room. 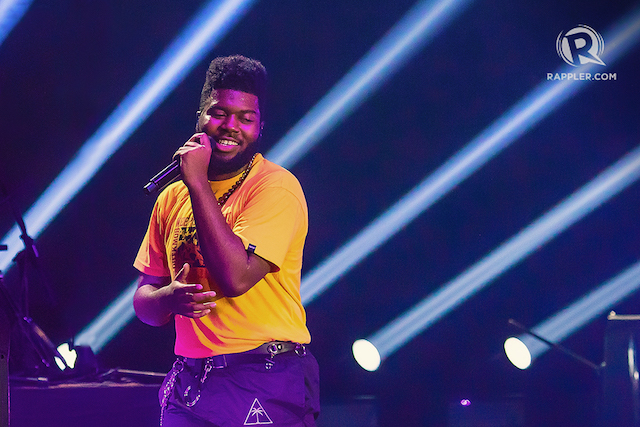 The delighted expressions in the crowd were also abundant as everyone in the coliseum sang along with nearly every word. Performing a lengthy set list, the concert maintained the crowd’s watchfulness with a rather sophisticated lighting scheme, montages of photographs and graphics on the video screen along with well-choreographed dance routines at appropriate intervals.

And finally, he wrapped up the show with “OTW.” 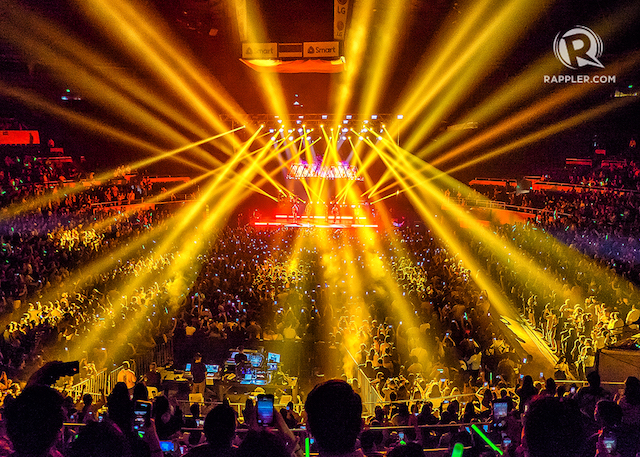 It’s obvious he’s found his calling. Confirmed by chart-topping hits in such a short period of time, along with legions of dedicated fans that relate to his music on a visceral level. Another key indicator which reflects his talent is the list of other gifted artists that he has collaborated with like Calvin Harris, Shawn Mendes, and Marshmello. His enthusiasm while performing is truly contagious and the music is relatable on many levels.

Keep an eye out for this non-conventional singer/songwriter with a unique style that shines true along with his boxy hairstyle and charming smile. 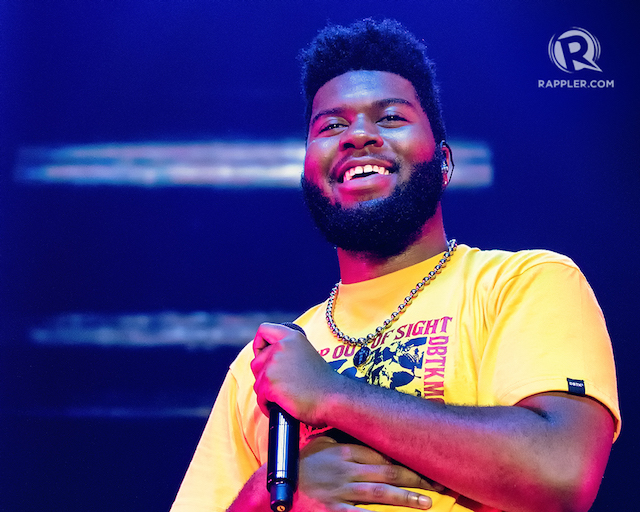