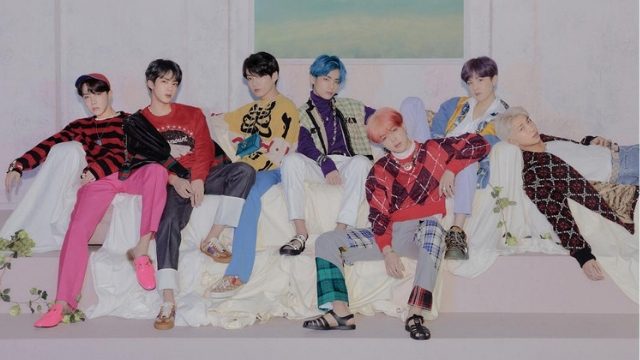 Facebook Twitter Copy URL
Copied
The band's latest album 'Map of the soul: Persona' went straight in at number one

The floppy-haired 7-piece’s latest album Map of the soul: Persona went straight in at number one, days after their single “Boy With Luv” broke the YouTube record for the most views in 24 hours with 74.6 million hits. (READ: Beginner’s guide: Why we’re going crazy over BTS)

The track is also the band’s first ever British Top 15 single, charting at number 13 on Friday.

The band, known for their boyish good looks and meticulously choreographed dance moves, will play two sold out nights at London’s iconic Wembley Stadium, on June 1 and 2.

Earlier, the septet, whose name is short for Bangtan Sonyeondan, which translates as Bulletproof Boy Scouts, became the first K-pop band to top the US album charts.

Some 800,000 tourists were believed to have chosen South Korea as their destination last year because of BTS – more than 7% of the total visitors to the country. – Rappler.com