Thrice is an alternative band hailing from Irvine, California who performed Thursday night May 23 for the first time in the Philippines. These guys are giants in the post-hardcore world and drew a modest crowd at the SM North Skydome.

This band was established in 1998 by high school friends and founding members Dustin Kensrue on vocals and guitar with Teppei Teranishi on lead guitar. There have been minimal changes over the years along with a short hiatus however now rounded out by brothers Riley Breckenridge on drums and Eddie Breckenridge on bass.

The music itself was performed with technical flawlessness you don’t see often at a live show. They made it look easy. There was plenty of distorted guitar sounds with the occasional nuanced effect like when Dustin would play a high ping-sounding note off the headstock of his guitar. Dustin changed instruments often, keeping his guitar technician busy and played with power when off the microphone. With a screaming vocal technique popular in this genre, in-between certain songs you could notice Dustin reaching for a throat spray that was stored on the drum riser.

Typically, the bass guitar player stays relatively still, keeping the rhythm but not so with Eddie who was packed with explosive energy keeping the audience entertained. 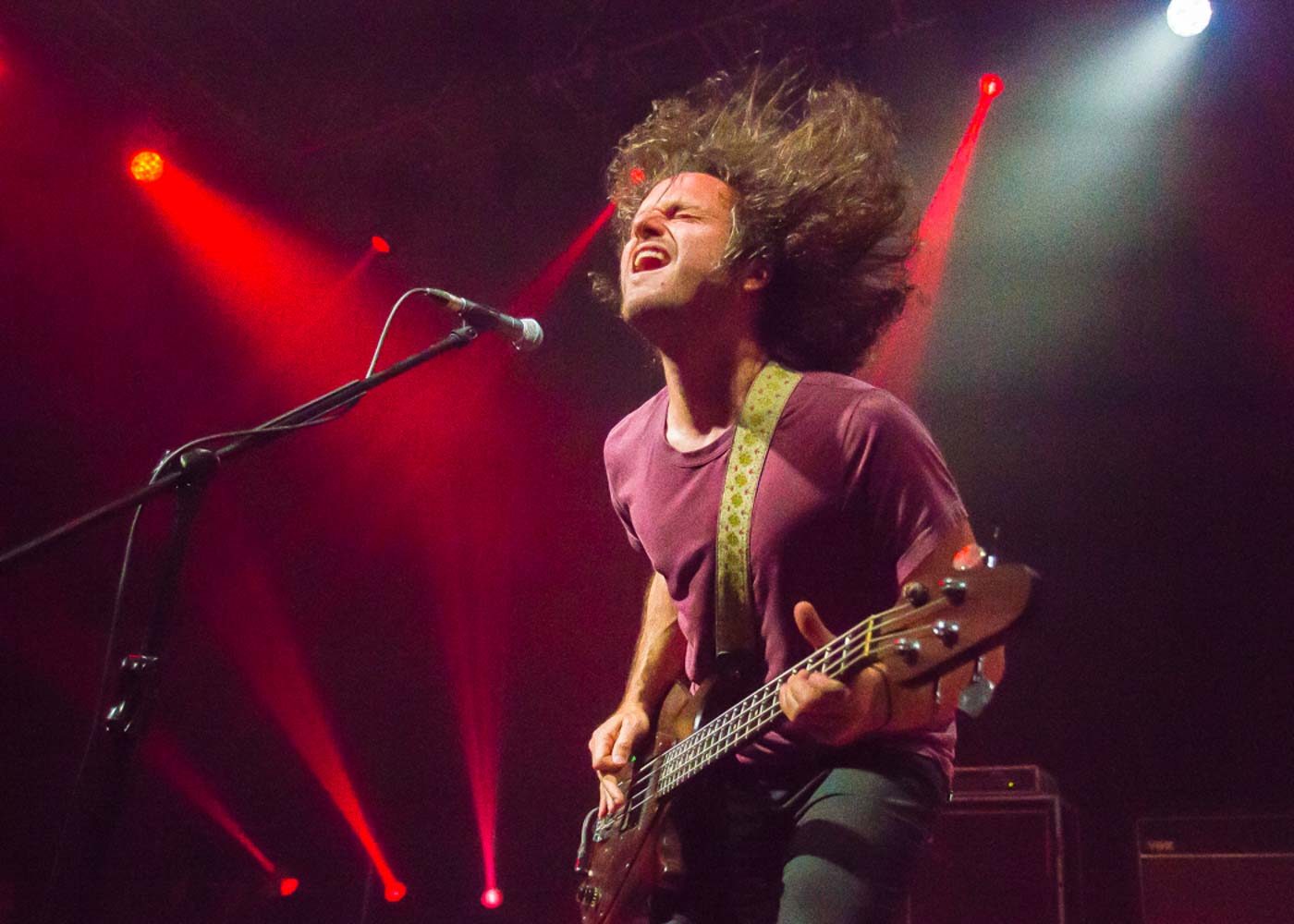 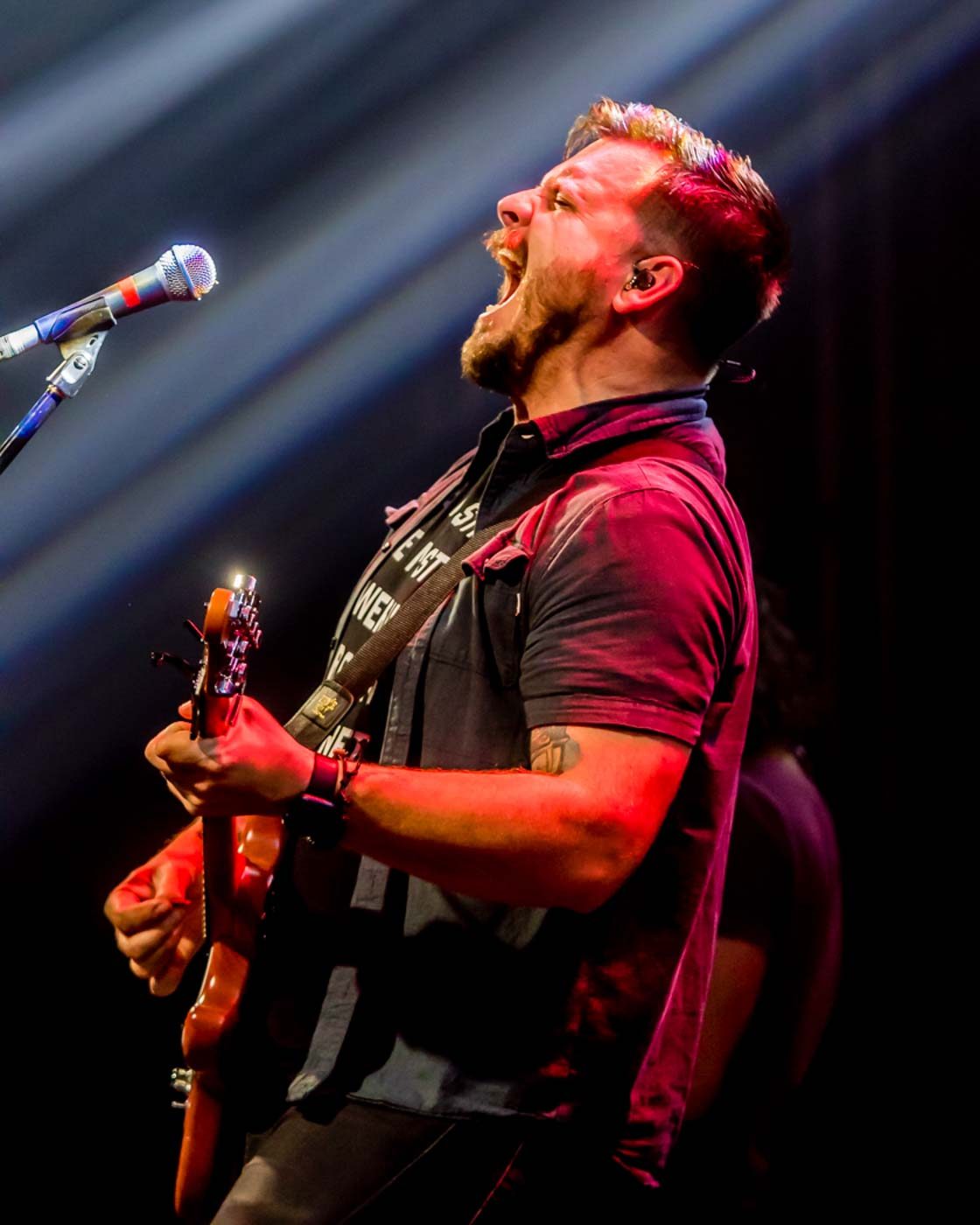 Without much chatter in-between tracks, the setlist was a relentless flow from a rather deep catalog. They’ve produced ten studio albums over the years along with numerous EPs and live recordings. The crowd sang along with many of the hits and at times Dustin backed off the microphone to allow the enthusiastic chorus echo throughout the venue.

As to be expected from seasoned professionals, they provided a consistent quality musical performance for the entire concert while backstage everything was calm, cool and collected. Alongside an impressive stage lighting scheme which was just enough to compliment the music without distracting from it. 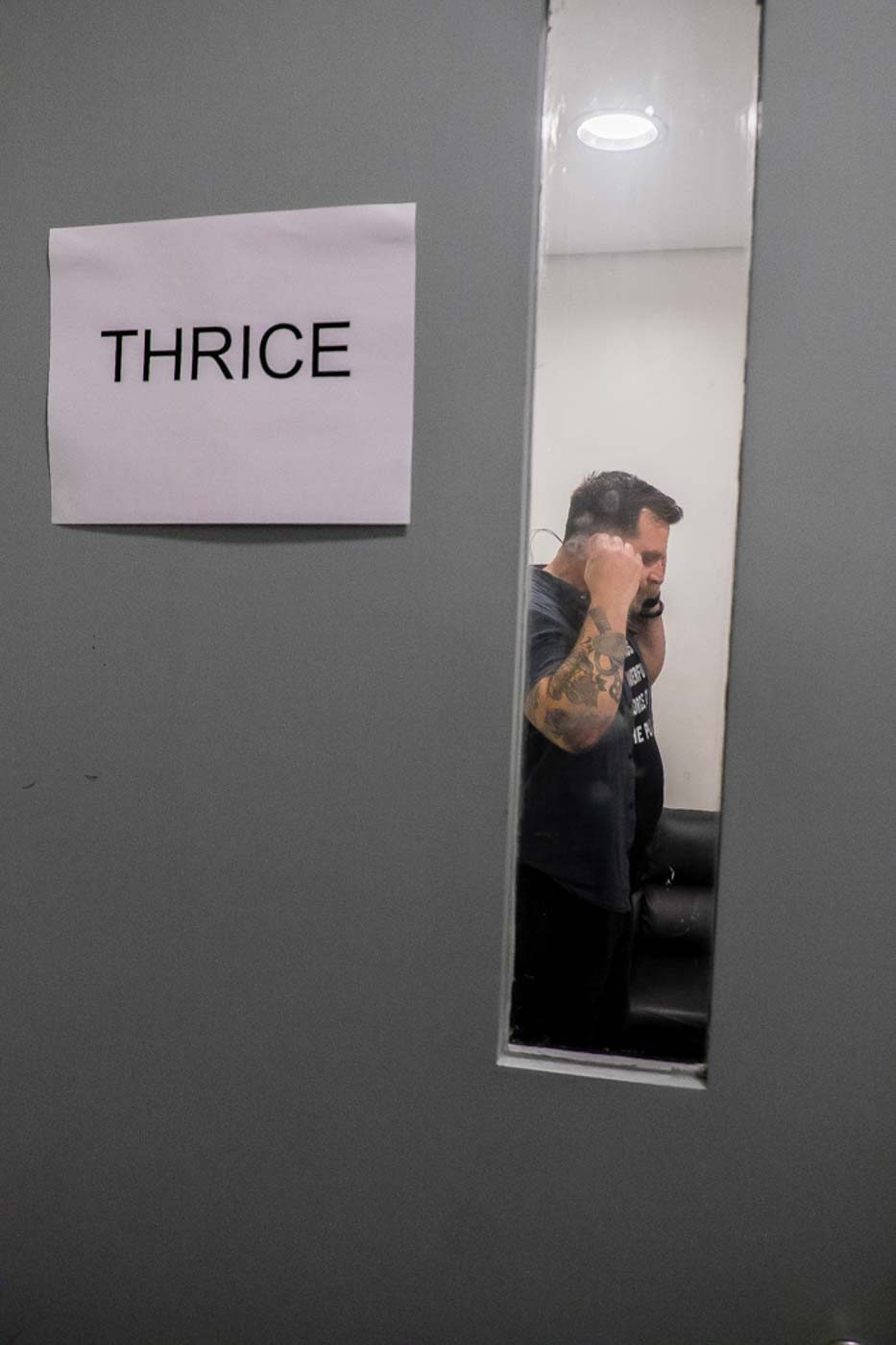 The attendees also received their money’s worth with two legendary local bands, Chicosci and Kamikazee. Chicosci took the stage first and rocked it out in their usual manner. Kamikazee also performed in a spectacular fashion with Jay Contreras up to his entertaining antics – leaving the stage on numerous occasions to directly interact with the crowd. Perhaps not a huge pop show at a cavernous arena never-the-less an event that knocked it out of the park with incredible guitar riffs, wonderful front acts, solid lighting, quality sound and a dedicated crowd who were indeed grateful for the experience. — Rappler.com