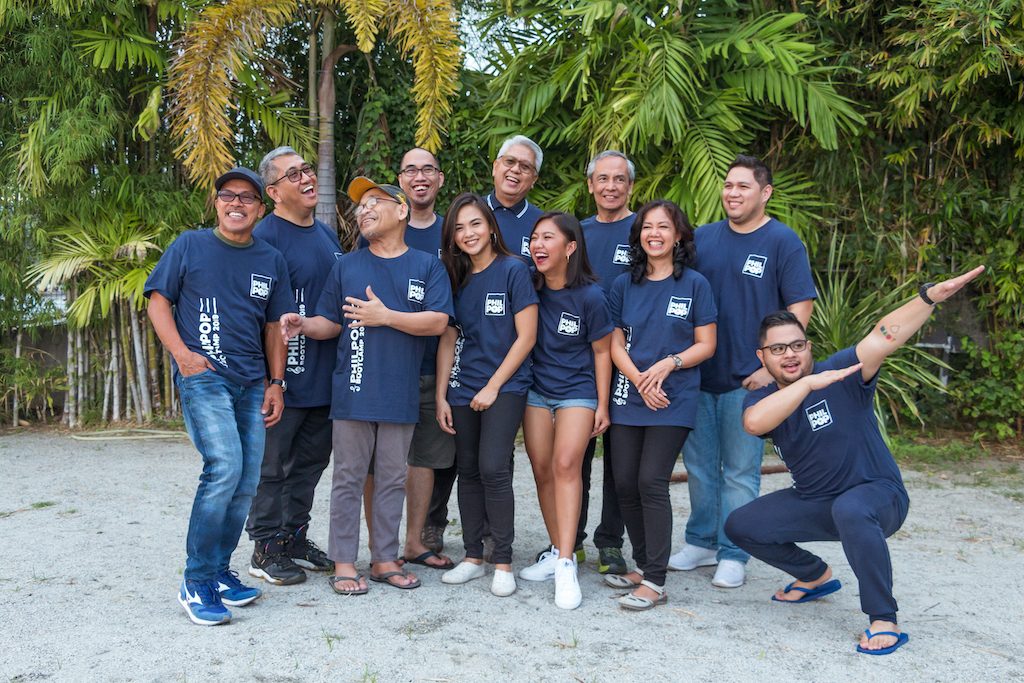 MANILA, Philippines – The Philippine music scene is in a promising place right now as industry legends passed on the wealth of their songwriting knowledge to the next generation of musicians at the recently-concluded first leg of the PhilPop Bootcamp 2019.

The first leg of the nationwide workshop was held from May 27 to 30 at the Club Balai Isabel in Batangas, for participants in the Southern Luzon and Metro Manila area.

Among the coaches was National Artist for Music Ryan Cayabyab, as well as veteran folk musician Noel Cabangon, who mentored participants during the songwriting sessions.

They were joined by expert composers Jungee Marcelo and Trina Belarmide, who critiqued the participants’ work.

Former PhilPop contestants Yumi Lacsamana, Davey Langit, and Jek Buenafe were also there to talk about their PhilPop experience, and life after that.

Jek was also one of the bootcamp coaches.

“I’ve always been motivated to pursue my passion as a musician,” he said.

“Joining the bootcamp is one of the turning points of my career as a singer-songwriter. It gave me the necessary skillset and attitude to develop my songwriting and perform my own compositions in public. It’s an honor to give back and be one of the coaches.”

The next leg of the Philpop Bootcamp will be held on July 21 to 25 in Davao for Mindanao fellows. It will then continue to Bacolod and Iloilo in September for Visayas participants, and then to Dagupan and Lingayen in November for Northern Luzon fellows. – Rappler.com